Three days in Melbourne goes by quickly, especially when you pack it full of sightseeing and day tours. Since we had so much fun with Gray Line Tours on the Great Ocean Road Adventure, we signed up for another with the other Captain and his wife because we wanted to see some Aussie animals.

Sherbrooke Forest - we stopped here for another Aussie style breakfast snack and Bush Billy tea. Since we tried the treats the day before, we opted to feed the birds instead of ourselves this time. When the food tray came out, dozens of Crimson Rosellas and King Parrots flocked our way. They were obviously very comfortable around people. We also took a trail walk through the forest and stopped into Grant's on Sherbrooke, a cafe and store, where I picked up a beautiful scarf (because it was still really cold in Melbourne!). 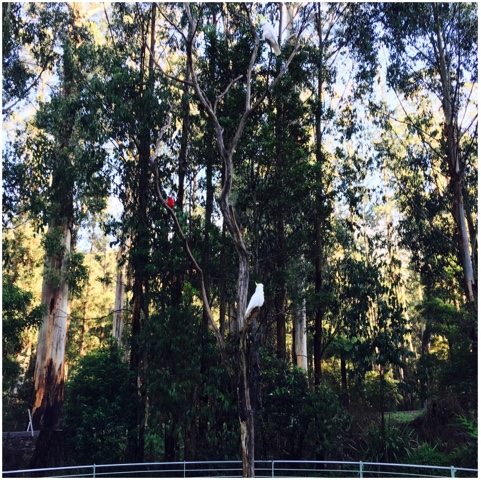 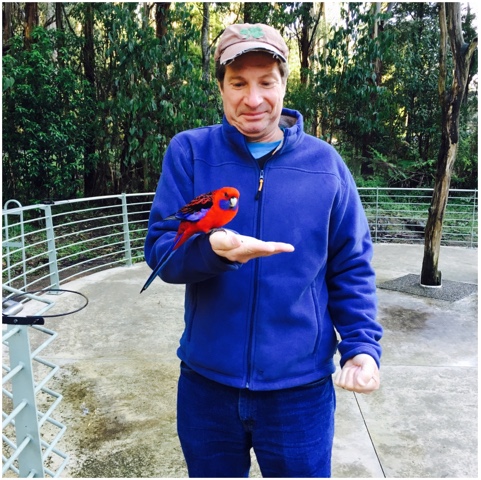 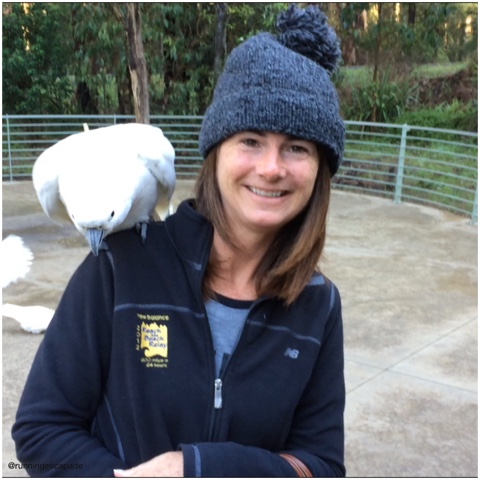 Puffing Billy steam train - One big highlight on this day trip was a ride on the historic steam train through the Mountain Ash forest of the Blue Dandenong Ranges on part of the original track used during the early 1900s rural development. After a landslide blocked the track in 1953, the line was closed but preserved by public interest. Eventually new track was laid to bypass the landslide and part of the line opened as a tourist attraction. Most of the men working the line are volunteers. mrC made friends with one of the conductors who rode in our car and narrated the journey. 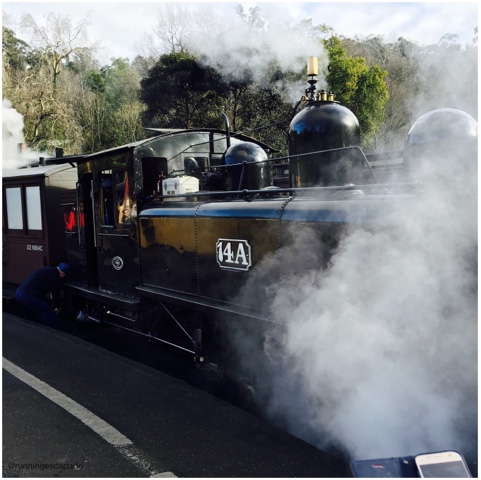 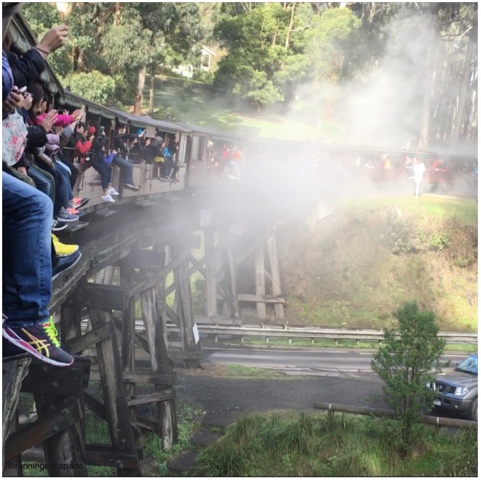 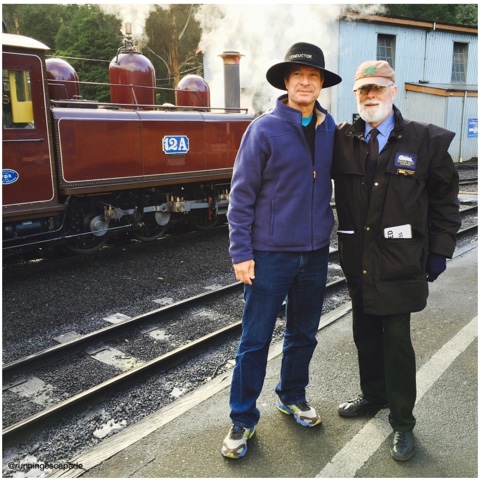 Louise Ferguson Winery lunch - another highlight of the trip was our lunch stop at a local winery located in the Yarra Valley. In addition to a delicious meal of Prime Aged Charolais Beef cooked on a turning spit in an open fireplace, there was wine tasting in the "cellar." After lunch we strolled around the vineyard, that even in the winter time was picturesque. 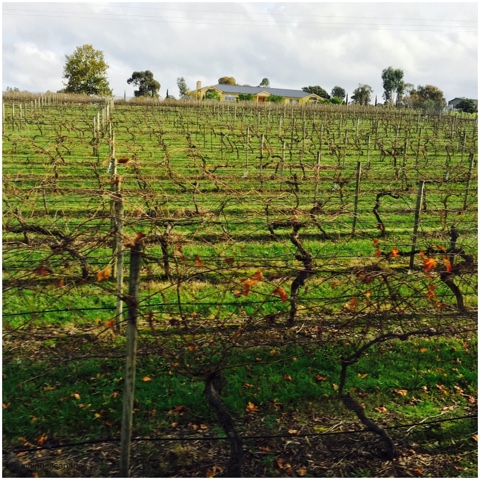 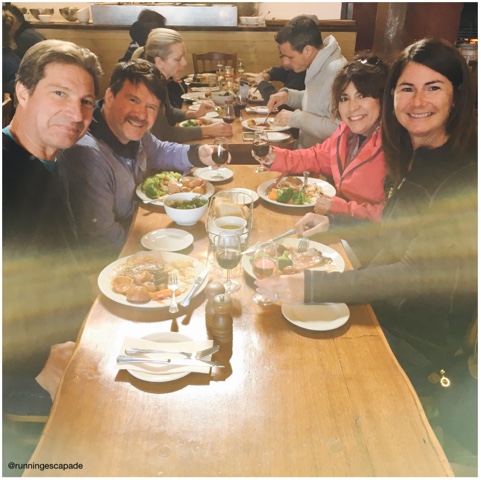 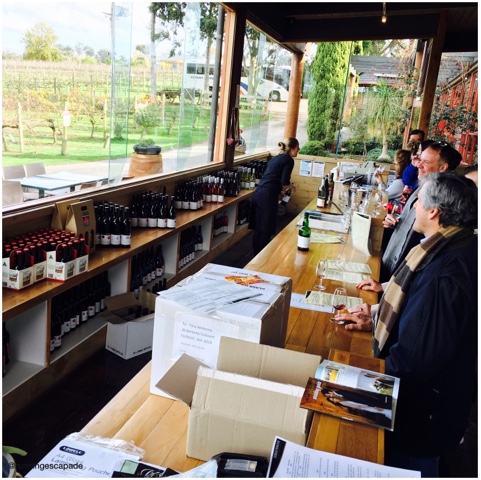 Yarra Valley Chocolatier - It was a short drive for a post-lunch sweet feast of chocolate and ice cream. We watched European Chocolatiers at work and browsed display after display of premium chocolate while delighting in spoonful samples. 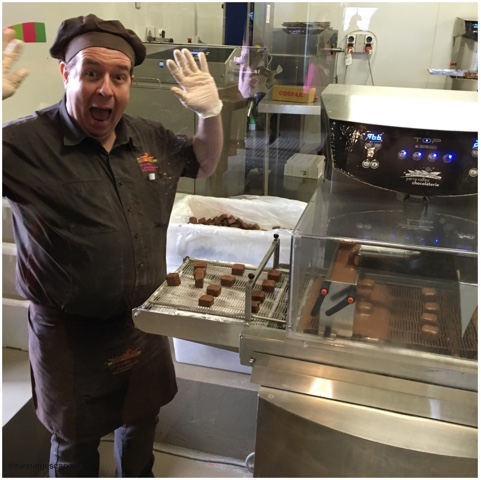 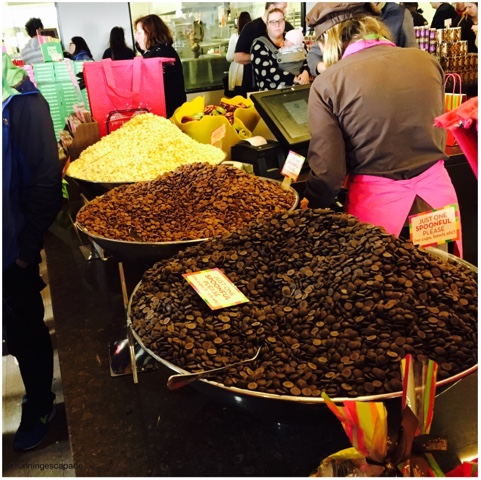 Healesville Sanctuary - the final stop of the day was a visit to see Australian wildlife. The sanctuary (much like a zoo), is home to over 200 animals in a natural bushland setting. We were given an exclusive VIP tour by an expert guide. We came face to face with koalas (but no, we did not get to hold or touch them), walked through paddocks of wallabies and kangaroos (almost got to touch one), and got up close and personal while feeding emus! We also learned a lot about Australian birds during the "Spirits of the Sky" demonstration, observed the underwater habits of the platypus, watched Tasmanian Devils, and tons more. 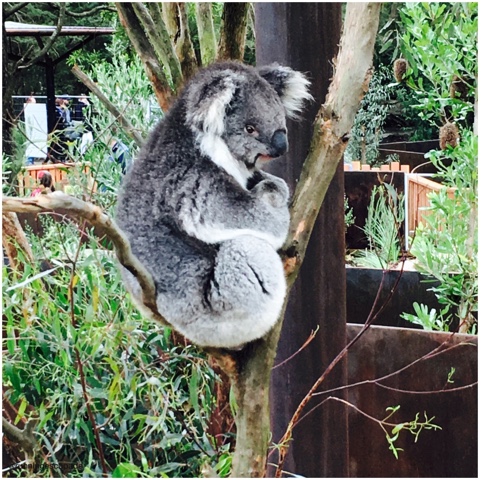 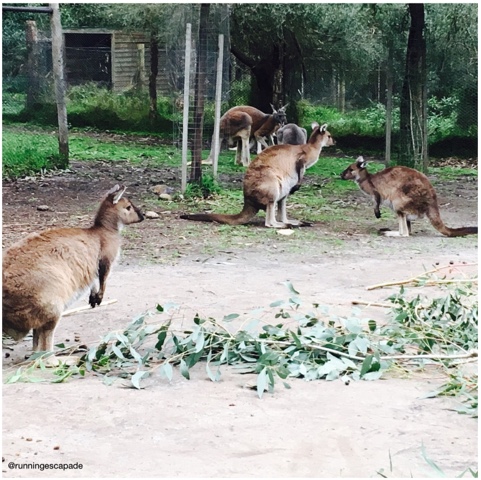 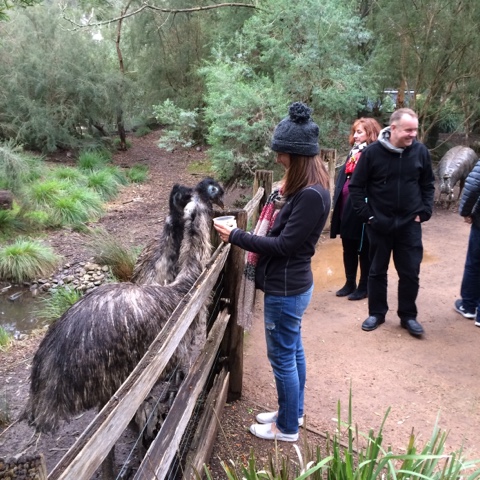 Come back to see what we did in Sydney, our next stop on our Australian adventure.