Visiting Australia has been on my bucket list since I was a kid and I read a book about a group saving koala bears from bush fires. When mrC was tagged with a two week trip, we quickly figured out how I could meet him for part of it.

We did so many amazing things that I'll be sharing my Australian experience in multiple posts.

After arriving in Melbourne on a red-eye from Hong Kong and resting a bit at the hotel, mrC and I set out to explore.

Degraves Street - this is one of Melbourne's best laneways featuring charming shops and cafes. It was like walking into a postcard scene and it was only a block or so away from the hotel. We popped into a tiny cafe to grab "long black" coffees to-go and then roamed the street checking out all the goodies. 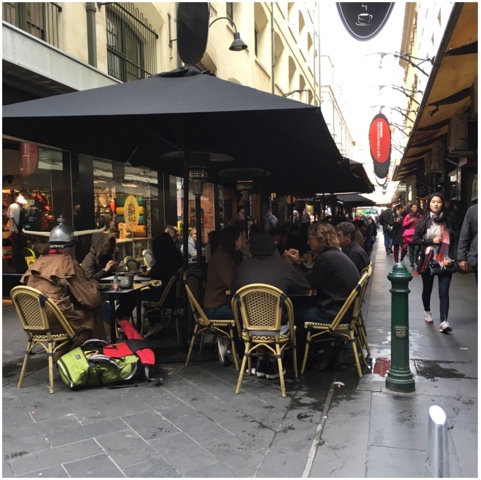 Visitor Shuttle - a shuttle which allows visitors to easily hop on/off at various spots around the city. A two day pass was only $10AUD. mrC and I used the shuttle to explored as much of Melbourne as we could despite some chilly and sometimes rainy weather. We did a little pre-planning using the Melbourne website and knew which of the 13 stops we wanted to hop off and explore. Each bus offered free wifi and live audio commentary along the route. 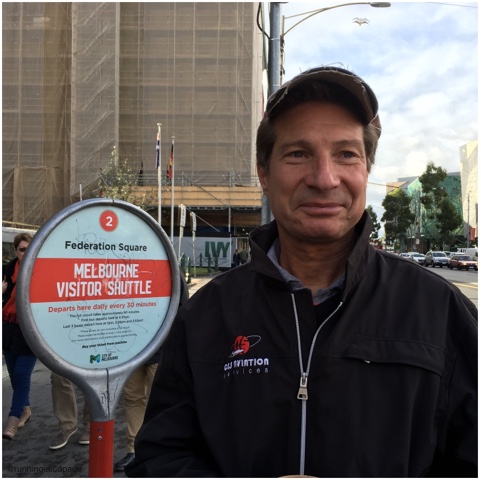 Queen Victoria Market - we strolled the stalls of this large open market looking for delicious produce and quirky souvenirs. It was fun to see the local items (boomerangs, Merino wool products, indigenous artwork) mixed among the usual touristy tees and trinkets. We walked away with some winter wear. Melbourne was experiencing one of its coldest winter days. 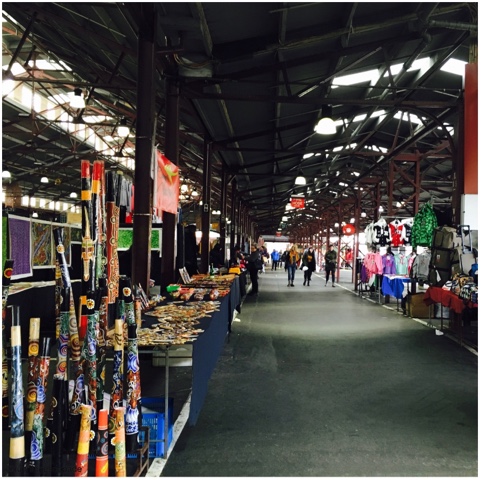 Harbour Town - we were excited to check out the Melbourne Star Observation Wheel. It was as much fun as the Osaka Ferris wheel and bigger. We had great views of Melbourne while listening to a recorded narrative that described what we could see. 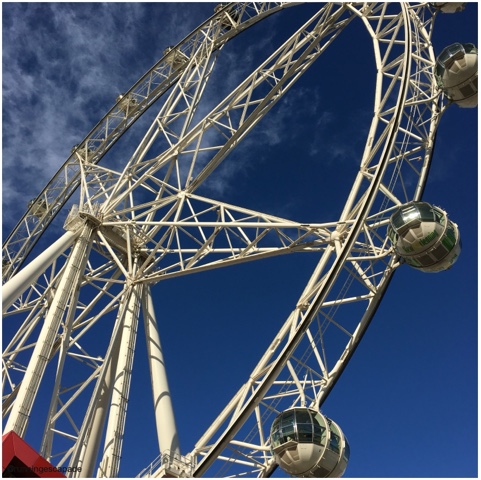 Southbank - we headed to the Eureka Tower for more stunning views of the city. Skydeck 88 is the highest public vantage point in the Southern Hemisphere. 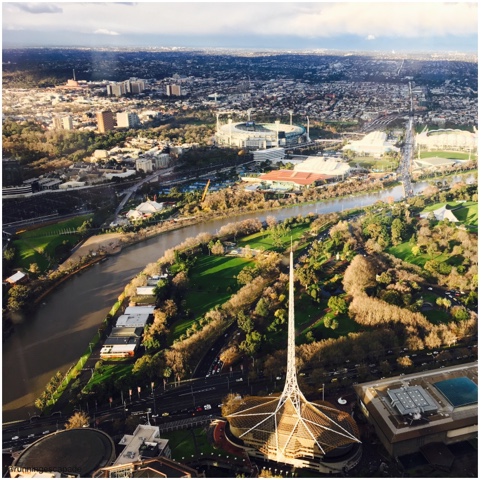 South wharf promenade - with the water on one side and a line of restaurants on the other we walked until we found gluten free pizza at World Restaurant and Bar. We'd been fasting all day and we never get gf pizza in China! It was an easy walk across the river and through the underground pedestrian walkway back to the hotel on Flinders Street. 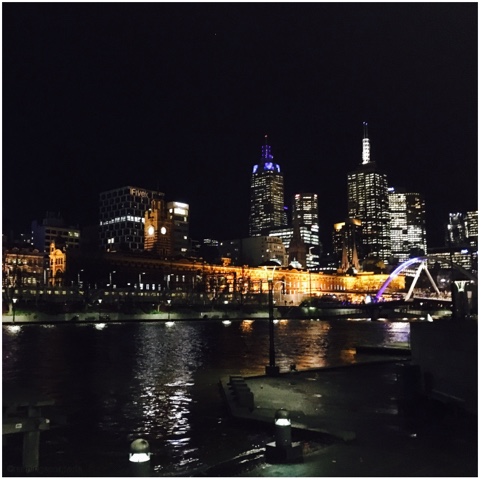 It was an amazing first day exploring the city.

Ever been to Melbourne?