I love when I get the chance to try something new. Just a month ago, I tried dragon boat paddling for the first time. Last week, I got to try my hand at archery through the American Women's Association. I signed up for the beginner's class being held at Golden Trust Archery in Lai Chi Kok and prepared to bring on my Katniss skills ---> just kidding. I only hoped my arrows actually made it to the target. 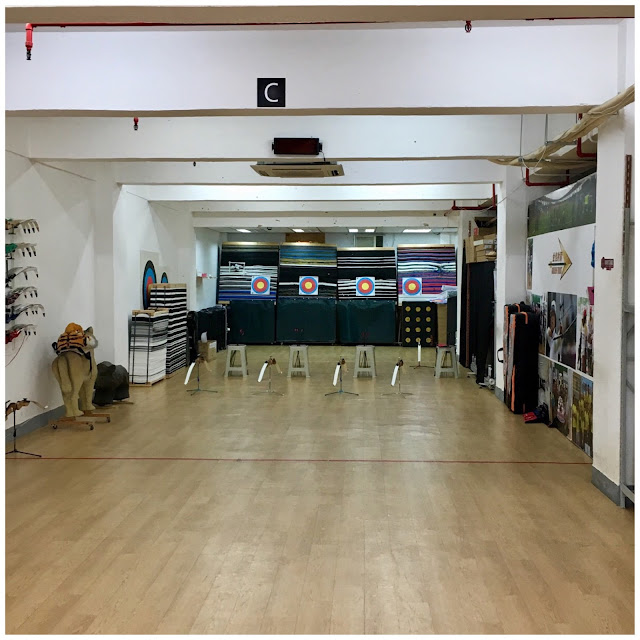 We met our instructor Anthony and the first thing we did was a little warm-up and stretching session for our arms, shoulders, and necks. After that, we put on arm guards and he walked us through the steps of how to hold, load the arrows and shoot from our recurve bows. We were given the beginner's short and sweet edition compared to the reminder list posted on the wall (thank goodness because that is a lot to remember!). 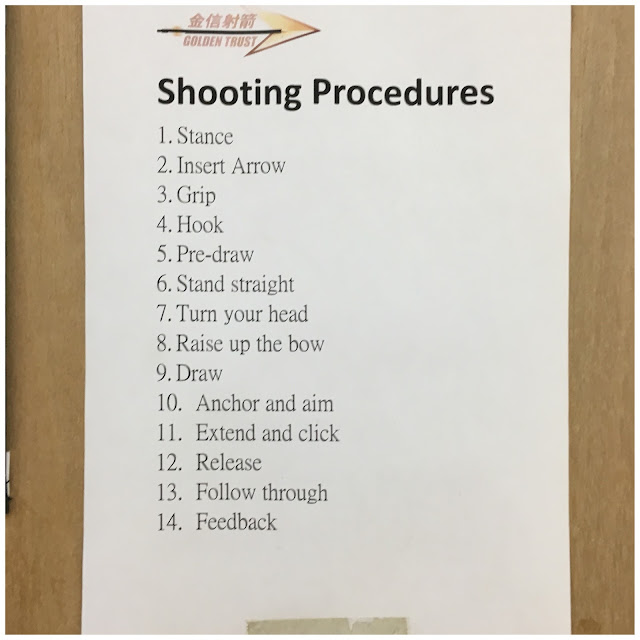 Since four people could shoot at a time, we took turns practicing for about 30 minutes. On each practice we had six arrows to shoot, just like in a competition ---> only later I would learn that my station actually had 7 arrows. I don't think any of us needed to be told that the goal was to aim for the middle of the target. 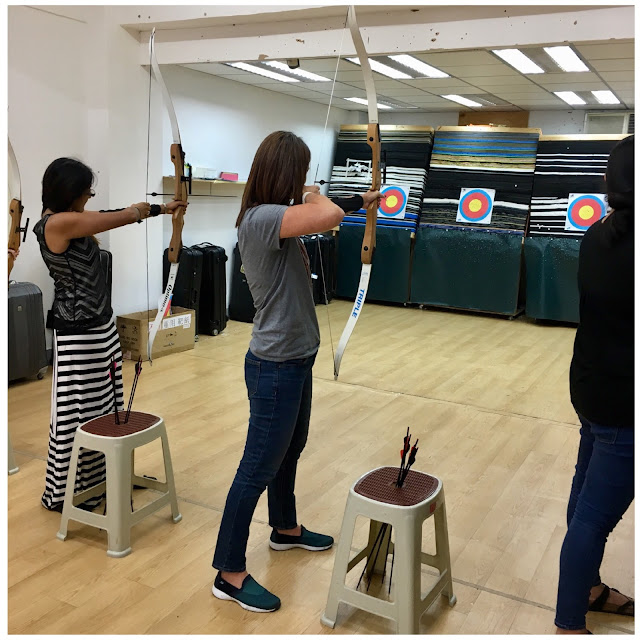 I really thought that it would be harder than it was, but I was pleasantly surprised that all of my shots made it to the target. As we practiced, Anthony would watch and give feedback to help us get better. Once I got the hang of lifting my elbow up, I did pretty good.


During a short break we were able to watch a young woman practicing on another course. She was twice as far away from her target as we were and she was hitting the center nearly every time. She was our inspiration!

After the break, Anthony explained how to keep score: Starting at the outer blue ring 6 points, red 7 points, 8 points, yellow 9 points, 10 points, and the center 10 points but scored as an X (this is used to break ties).

We had a little more practice and then it was time for a friendly competition: four rounds or 24 arrows and the highest score wins. This is when I learned that I had seven arrows and as a result had to give up my highest scoring arrow that round (a ten pointer, that luckily only changed my score by one point). At the end, I tied Maureen with most points, but she had more Xs to win! (oh to have that point back, haha!) 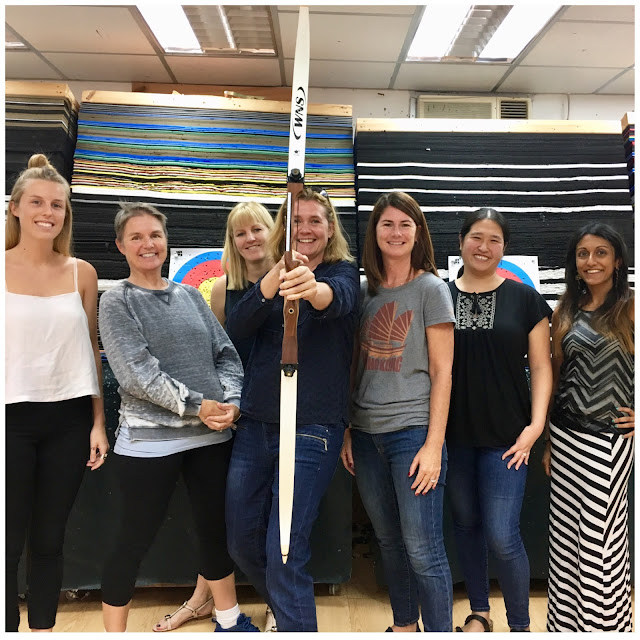 Even though we were using very light weight bows, this gave my upper body a good workout. We had a lot of fun and can totally see why archery is a popular sport.

Have you ever tried archery?