We've been in Boulder visiting the college boy and now we understand why so many people love it here. It is absolutely beautiful! We've been keeping ourselves busy during the day while he's in class and then enjoying the Boulder scene from his perspective.

One of the must-do things in Boulder is to go hiking in the iconic Flatirons at the base of the Rocky Mountains. You can see them from everywhere in Boulder as they loom up from plains and create a stunning backdrop to the city. 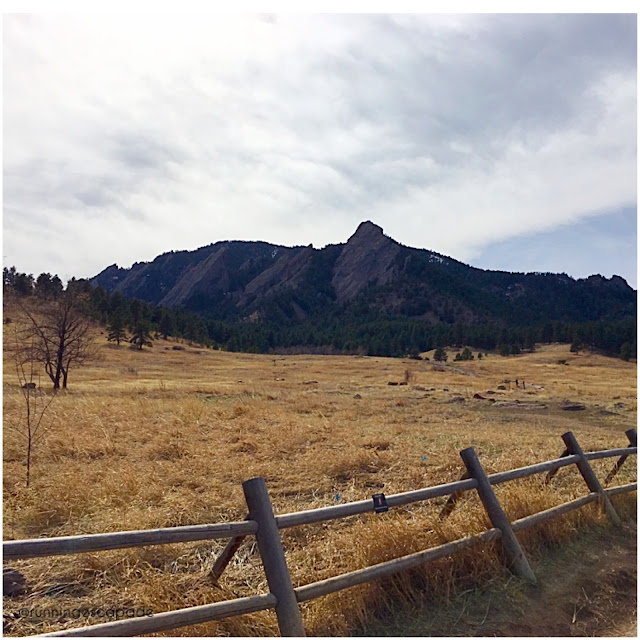 To get up close and personal, we drove about 5 minutes from the hotel to access the trails at the Chautauqua Park (free but limited parking). We stopped by the Ranger's Cottage where we received a trail map and a suggested route from the very friendly staff. 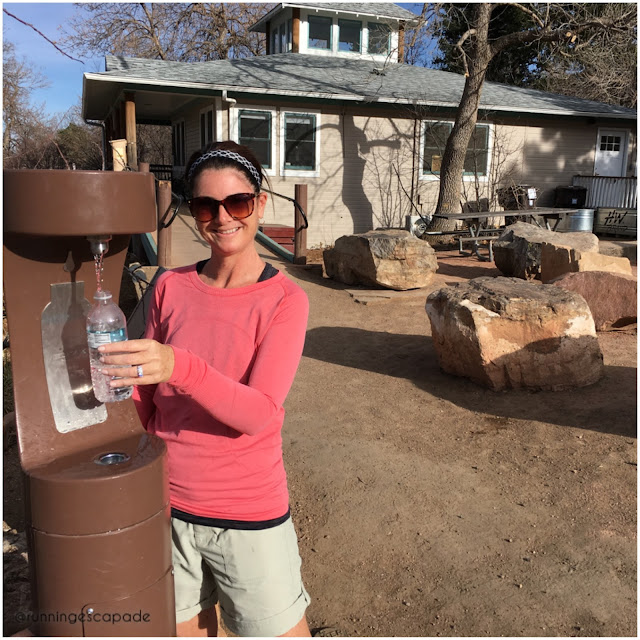 Our goal was to make it to the viewpoint at Woods Quarry and then loop back down. Armed with our map highlighting the route and plenty of water, we started our hike ---> Bluebell Road - Mesa - Woods Quarry - Kohler Mesa - Enchanted Mesa - Upper McClintock 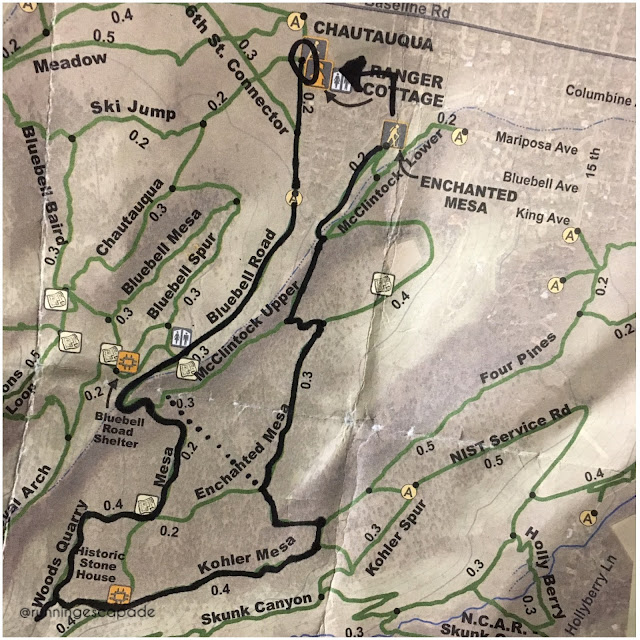 The hike: the beginning was an easy incline on an exposed gravel trail. It was a warm day with temperatures near 70 degrees, so we warmed up quickly in the warm sunshine. It was heavenly. 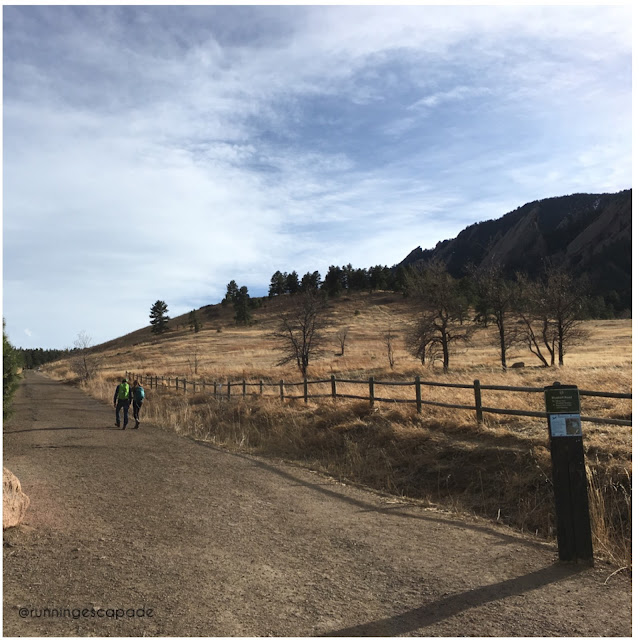 At the first turn off, the trail headed into the woods. The shade was welcome as the real climbing started. It was easy climbing, although we were not acclimated to the higher altitude of Boulder yet so we were breathing hard. 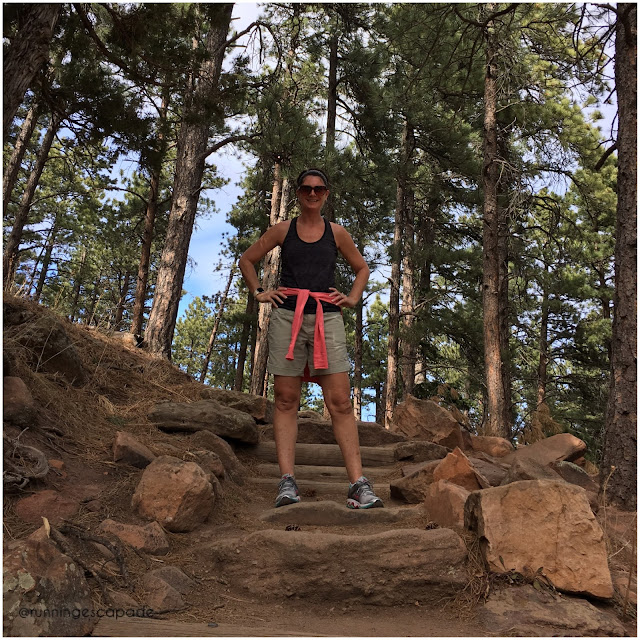 No concrete here. Sometimes the trail blended in so much that it almost disappeared. 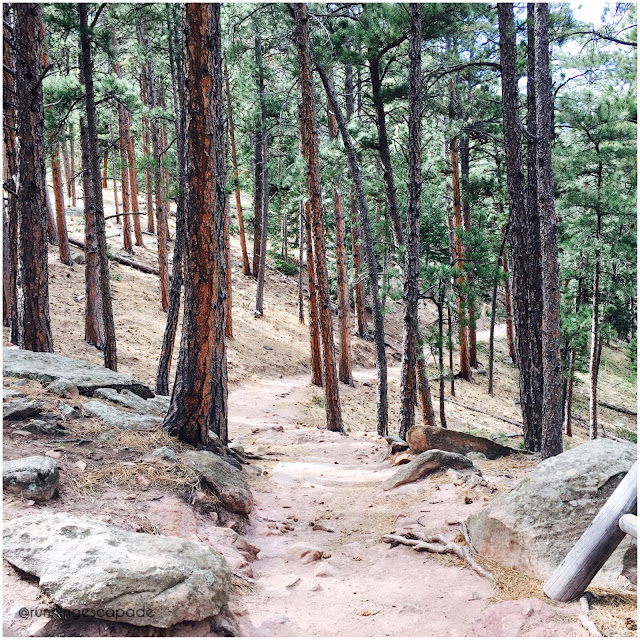 This spot just shouted out to us to take a water break (and a photo) here. 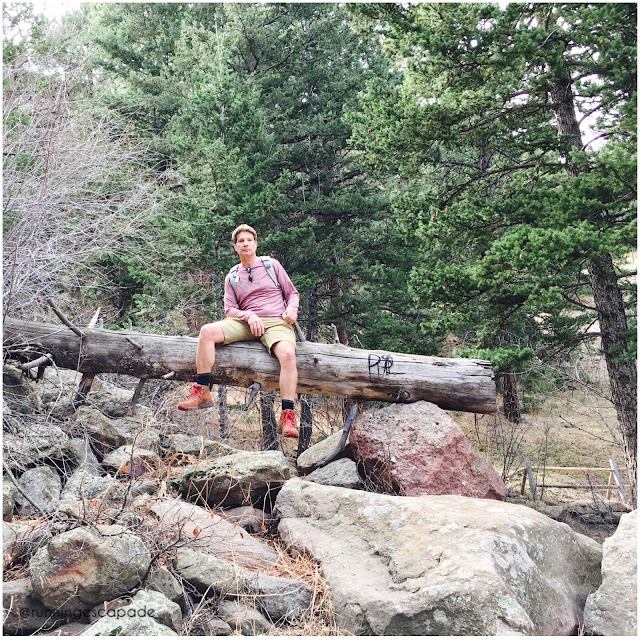 Lots of trail signage ---> here is where we should have realized that we missed a turn and were not on our planned route, but we wouldn't realize it for almost another mile. 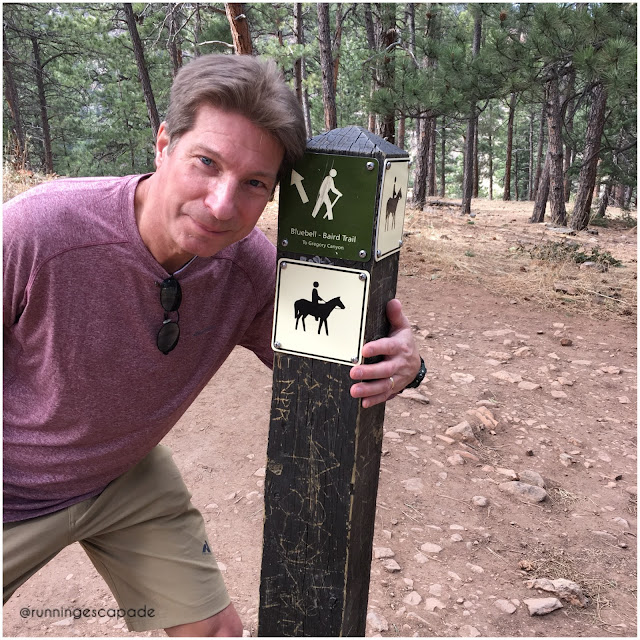 While blissfully hiking the wrong trail, I had a little fun showing off my new Eddie Bauer backpack. I actually bought one at the North Face first, but returned it after finding this one because it was a better fit and a lot cheaper. I did keep the hiking shorts though. 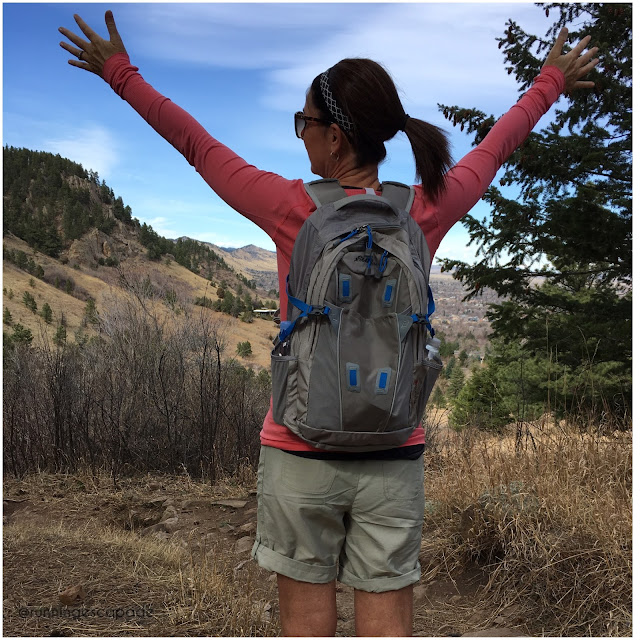 Once we figured out that we were on the wrong trail, we backtracked a bit but finally made it to Woods Quarry and the promised spectacular view. 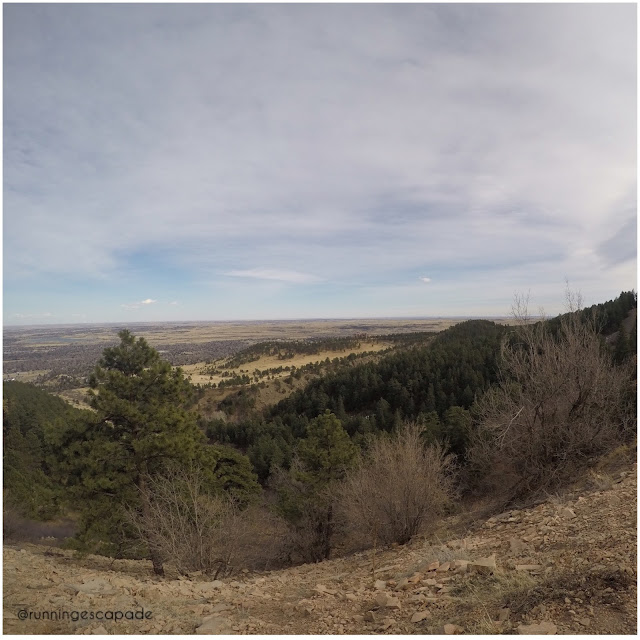 At the top we enjoyed a nice little break on the rock benches. 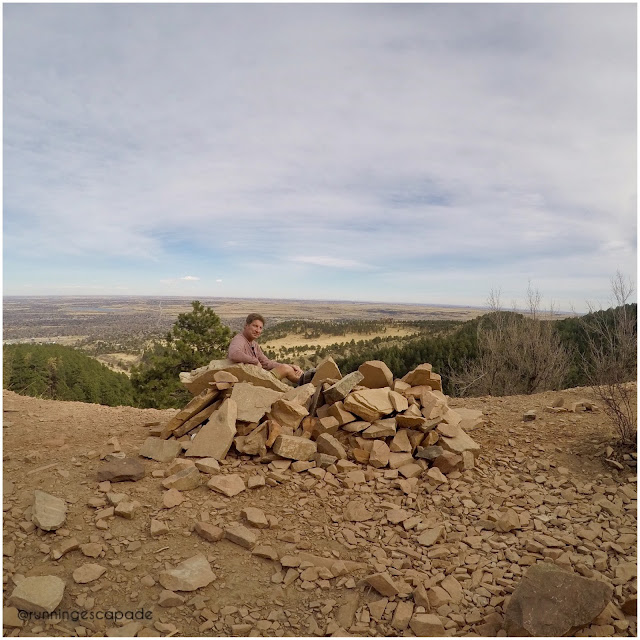 Before we left the viewpoint, we modified the rest of our hike because we had plans with the college boy ---> Woods Quarry - Enchanted Mesa - Upper McClintock. I don't know if this really saved us that much time, but we felt pretty good about the fact that we could read the map successfully at this point. 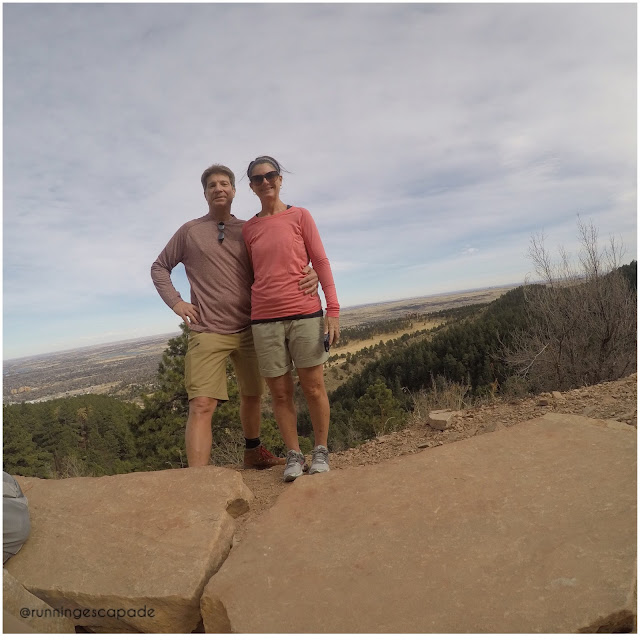 The hike back down was easier. The path was wide and smooth. The descent was gradual and soon we realized that it was a popular trail for runners. 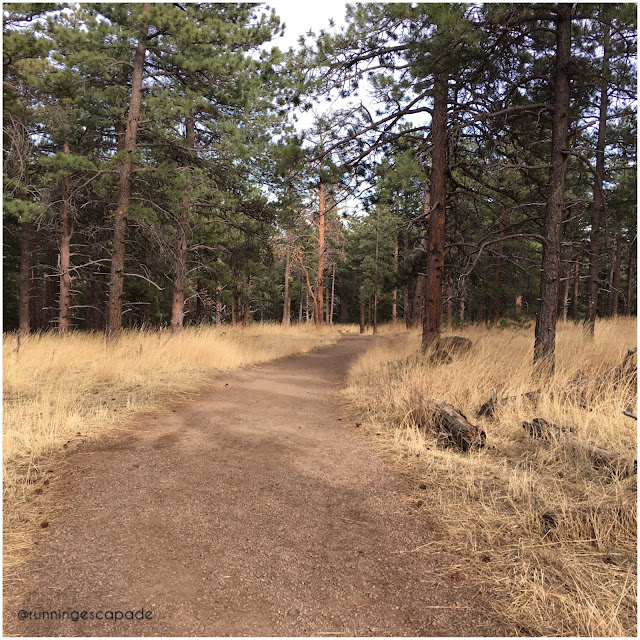 We were just starting to think how amazing it was that we didn't see any wildlife when we came upon three deer. 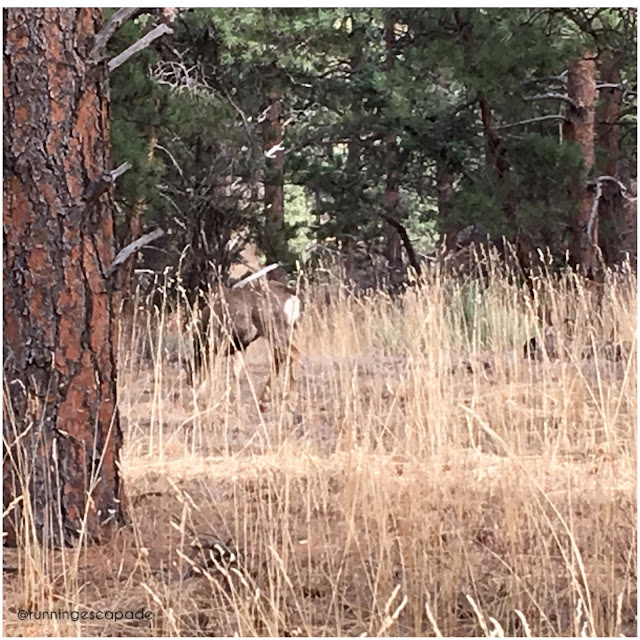 Our hike was about 5 miles and took us just over 2 hours. We had a great time hiking the trails and are excited to go back and do some more before we leave.


Ever hiked the Flatirons? What is your favorite trail?
Any suggestions for things to do in Boulder that we should know?