With 300 days of sunshine, Boulder is a delicious place to run!  I was lucky enough to have time for two runs while we were there visiting the college boy. 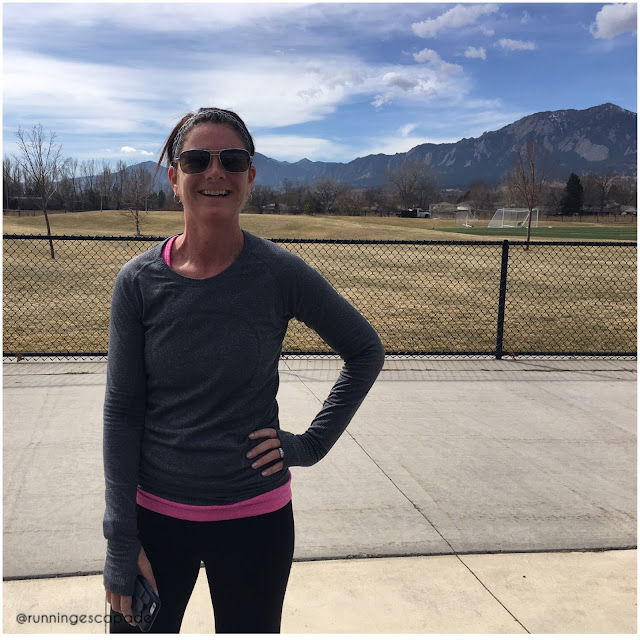 On Friday I used MapMyRun and found a running route at a local park not far from our hotel. I love how easy it is to look up nearby routes logged by other runners. It's so helpful when we are in a new area ---> which we are often thanks to mrC! East Boulder Community Park was a great place for my interval run. 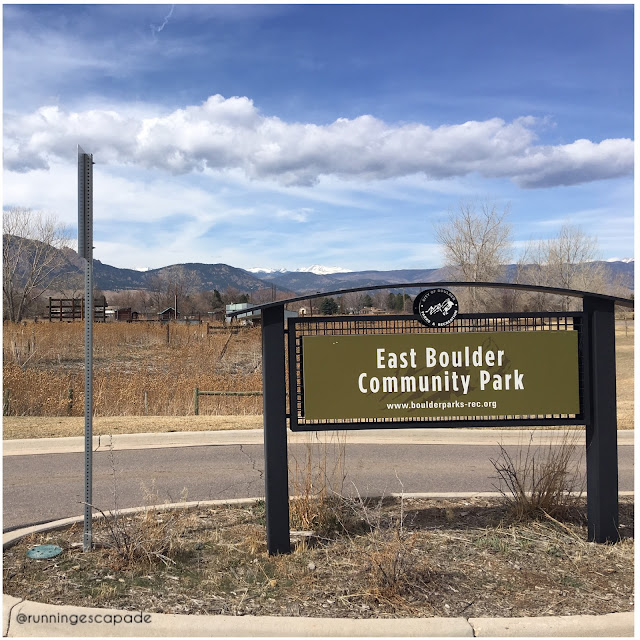 There was a path that looped around the entire complex. It circled the ball fields, the sand volleyball courts, the playground, dog area, the recreation center and a small pond. In some parts, the path was crushed gravel (my favorite) and other parts it was paved sidewalk. The view of the Flatirons was stunning from everywhere. 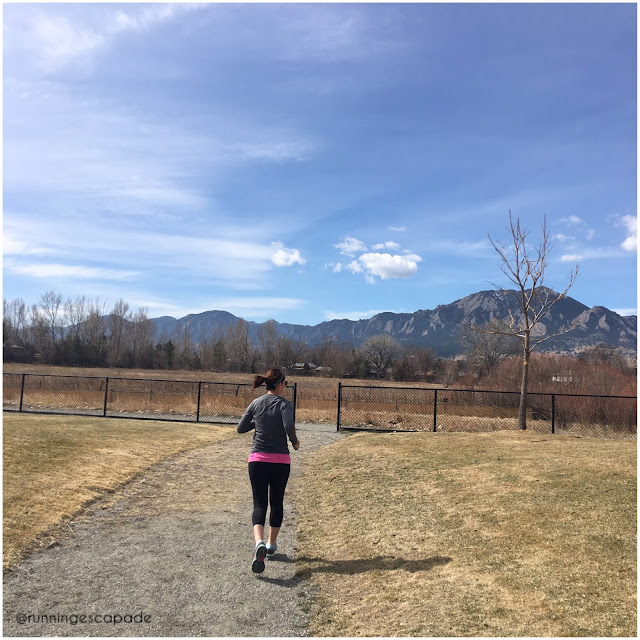 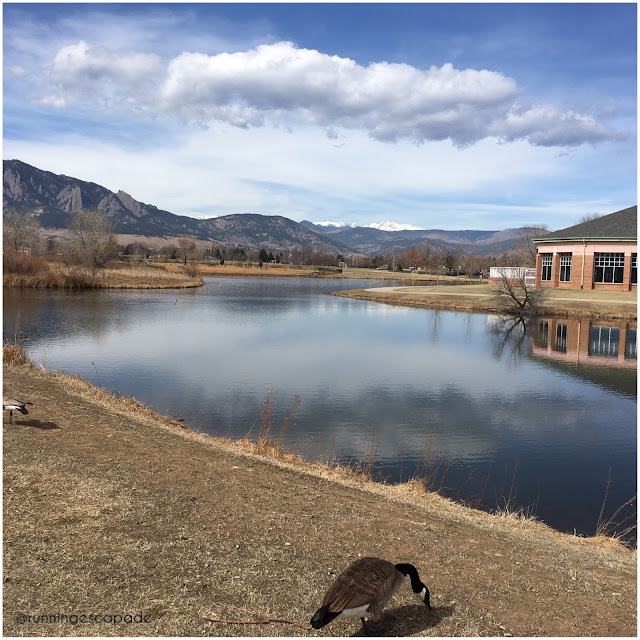 After doing two loops around the complex, I veered off to the bike route just to see where it went. The Boulder Bikeways cover more than 300 miles in this bike friendly community. I ran down the sidewalk and through part of a neighborhood. When it looked like the bike route was going to become a paved shoulder, I turned around. 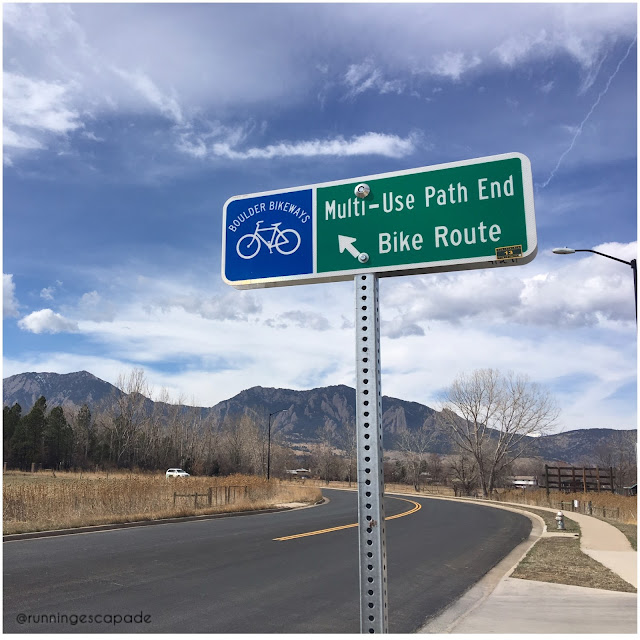 Even though my sea-level body could feel the Colorado elevation, this was by far my best interval run. Even after my 15 intervals ended, I continued running until I reached the car. 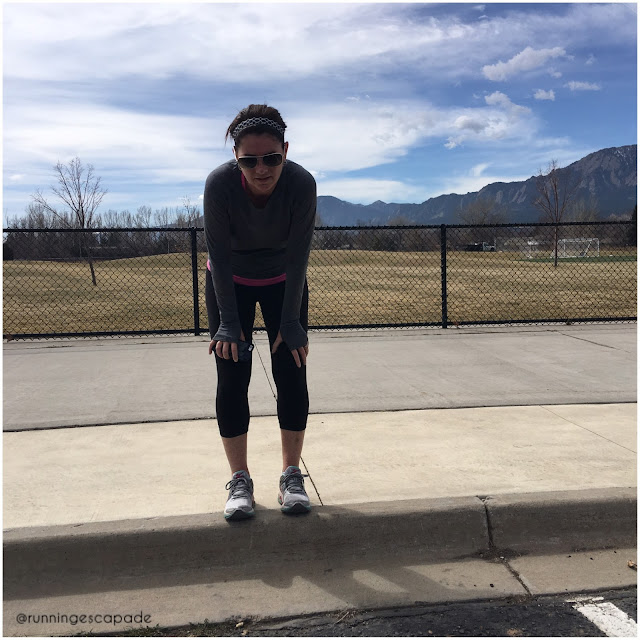 While I was running, mrC took pictures (he's the best blog helper) and made nice with the locals. 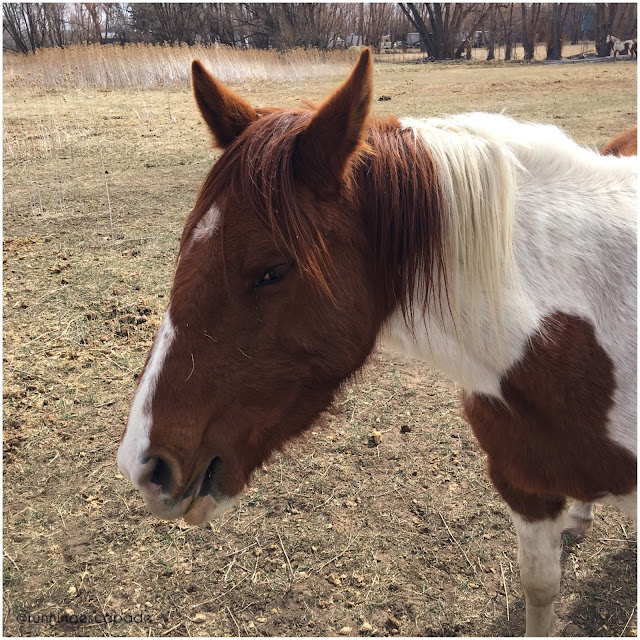 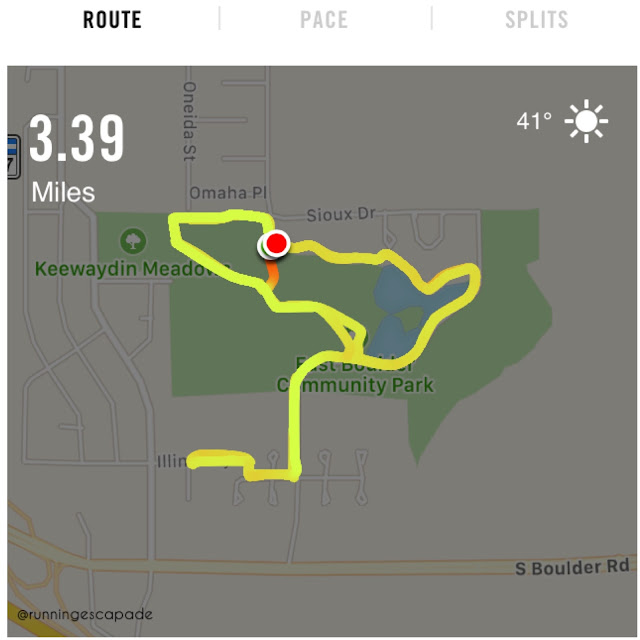 A couple of days later, on our last day in Boulder, I went to Coot Lake on the recommendation of my friend Jill who lived here for a couple of years. The Coot Lake Loop was even better than the park. 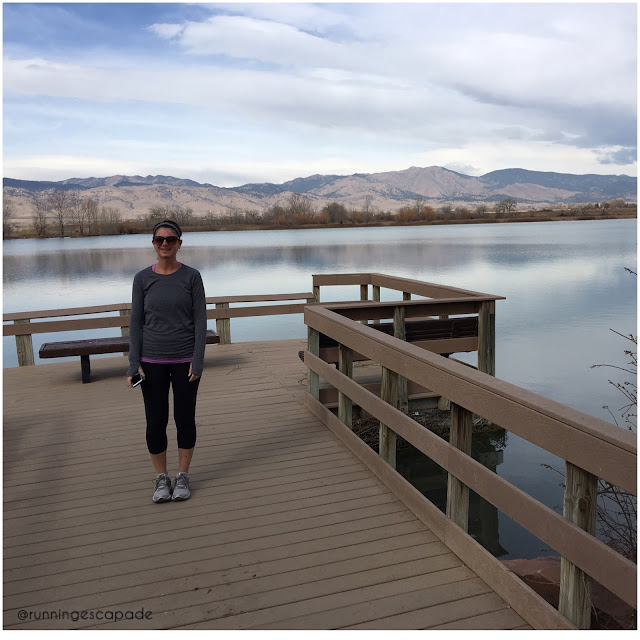 One loop around the lake was about 1.2 miles on a crushed gravel path surrounded by prairie and wetland. In the distance the Flatirons make a stunning backdrop. 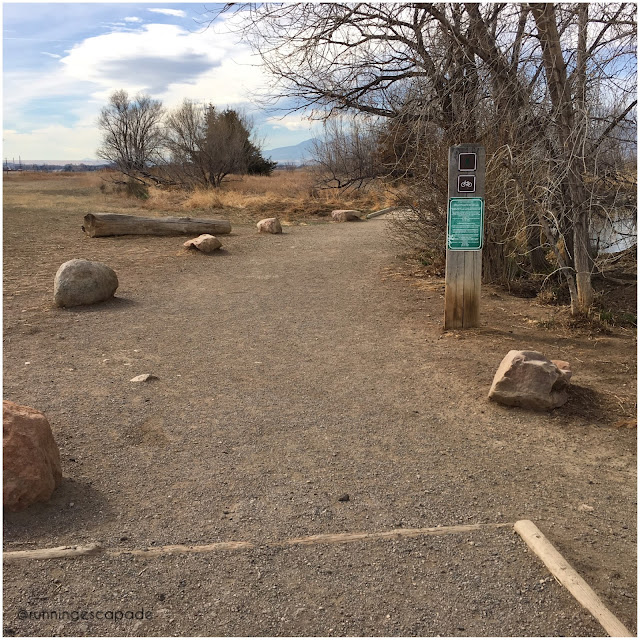 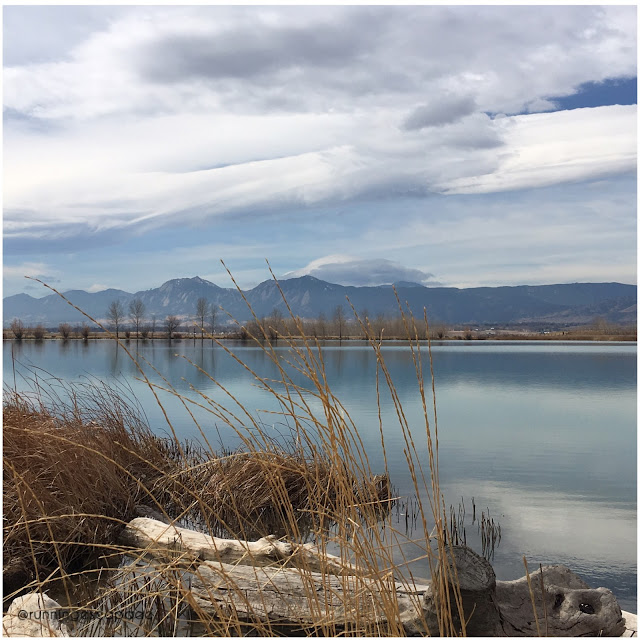 The Coot Lake Loop is part of a group of trails at the Boulder Reservoir that overlap and connect extending route options. In the mood for a short run or a long run? It can be done on these trails. 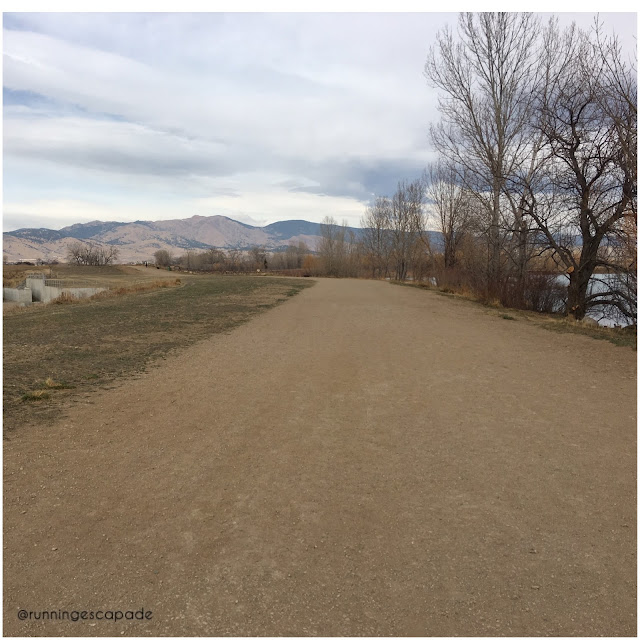 The weather was perfect for an interval run, but I had picked up a head cold since arriving in Boulder and in all honesty probably shouldn't have been running. Like most avid runners, I just couldn't resist getting in a second run. I told mrC I would do one lap and see how I felt. I ended up doing two. 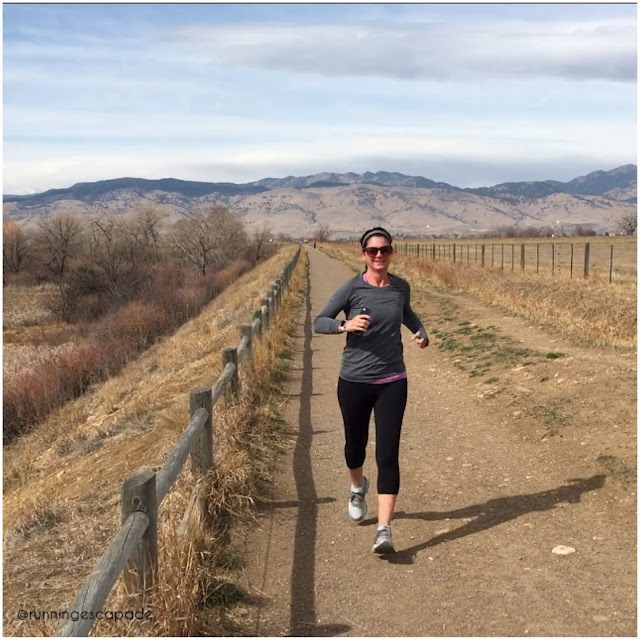 While I was running, mrC walked, took awesome photos (as usual) and chatted with the friendly locals. He said this pup had that happy pep in his step that reminded him of Booney. 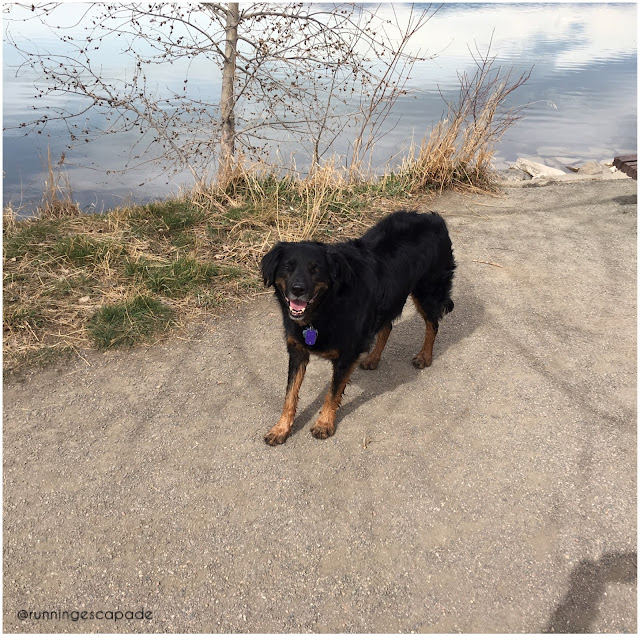 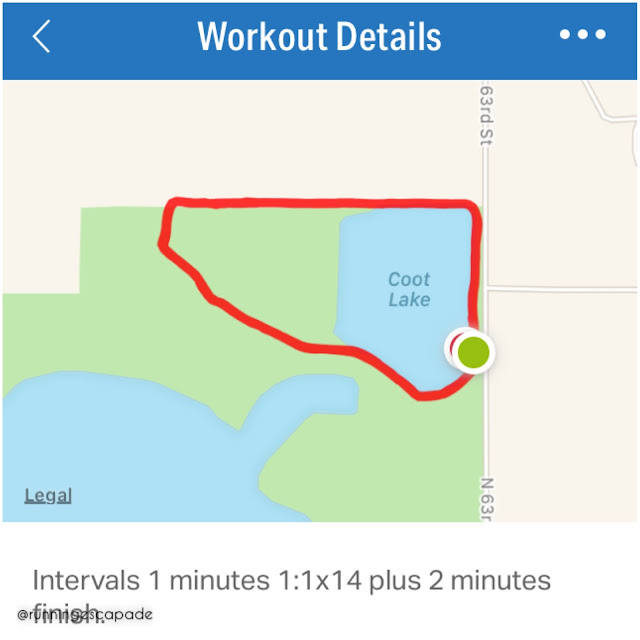 Boulder is definitely an active lifestyle city and I'm looking forward to exploring more when we visit the college boy again.