The truth is: I spent much of the month nursing my injuries and woking on strength training, but I also ran another race! As for working toward the remainder of my 2013 goals, it has been good and not-so-good. 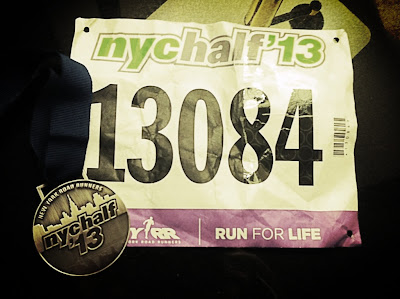 I knocked off my first two goals for the year, PR Half marathon and Run in NYC at the New York City Half Marathon in March. It was awesome! I was not expecting to PR, so earning my current best time of 1:57:27 was super exciting. I can't wait to be healthy again and see if I can beat it.

The truth is I would be ok with keeping that PR indefinitely! 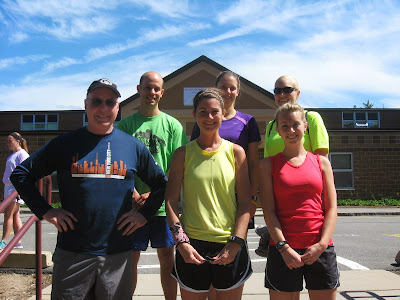 Another one of my 2013 goals is to host a fun run. I have put together a couple of group runs in honor of Boston and National Running Day, but I am hoping to organize something bigger and better still to come.

The truth is I would love for this to happen before the end of the year, I just don't know now as I'm still recovering from my injuries. 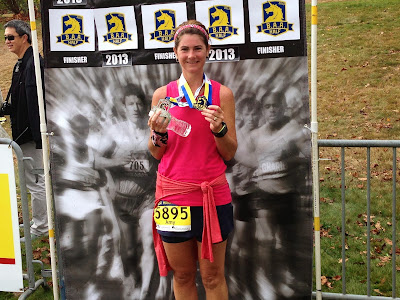 I added a little mileage to my goal to run 1000 miles and most of that came from pushing through the BAA Half Marathon with the help of my amazing runner husband. After the race, I really went into recovery mode and have been playing it smart as I ease back.

The truth is I really began running again last week. I ran an easy mile on Monday, two miles on the treadmill on Tuesday, and two miles on Saturday. I'm determined to take things slow and get healthy in November. 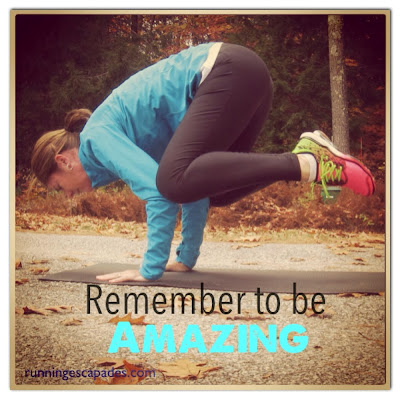 My running injury continued to allow me to focus on doing strength exercises consistently and a couple of challenges helped with that. The Under Armour October #SweatADay Challenge hosted by Shauna Harrison and the October #SweatFor5 by ElectraFi showed me new exercises and helped me work on my overall body strength. On Tuesday I also attended Pilates with Elina and really worked on my strength. Recap coming soon!

The truth is my core is the strongest it's been since I was a kid playing high school and college soccer. When I nailed the crow pose (even for only 3 seconds) last week I was so proud of my 42 year old self!