A support shoe that is also light weight? That is exactly what Mizuno created and aptly named the Wave Paradox released in January of this year. 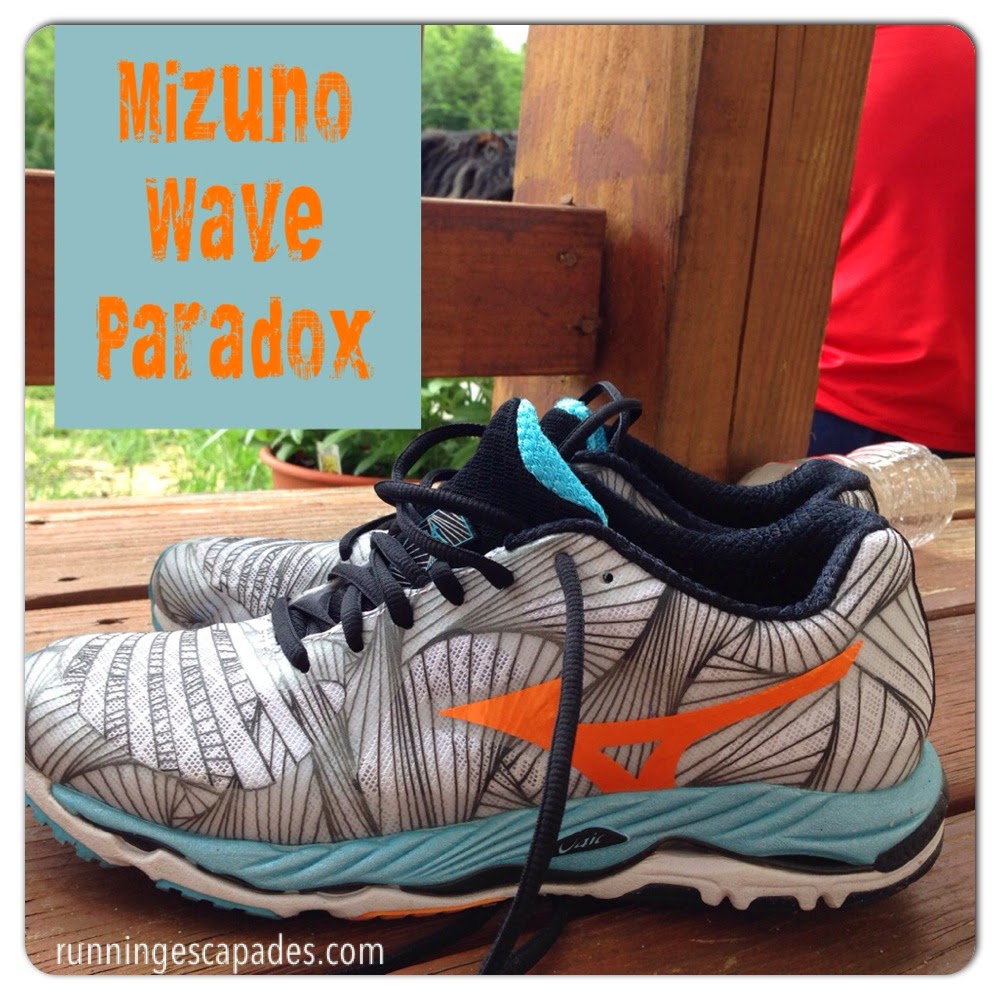 A month ago I received a pair of the Wave Paradox from Mizuno to try out. The Wave Paradox is a new shoe in the Mizuno support lineup. At first glance they look like they might be heavy. They are not.

I was intrigued by how a shoe could look so meaty yet be so lightweight, so I did some research. According to Mizuno, they applied lightweight construction to everything they knew about control to create this 8.6 oz support shoe.

Most of the support comes from the double fan wave of the heel. If you're not familiar with Mizuno's wave technology, it works like your car's suspension - absorbing the force and spreading it out when your feet hit the ground. 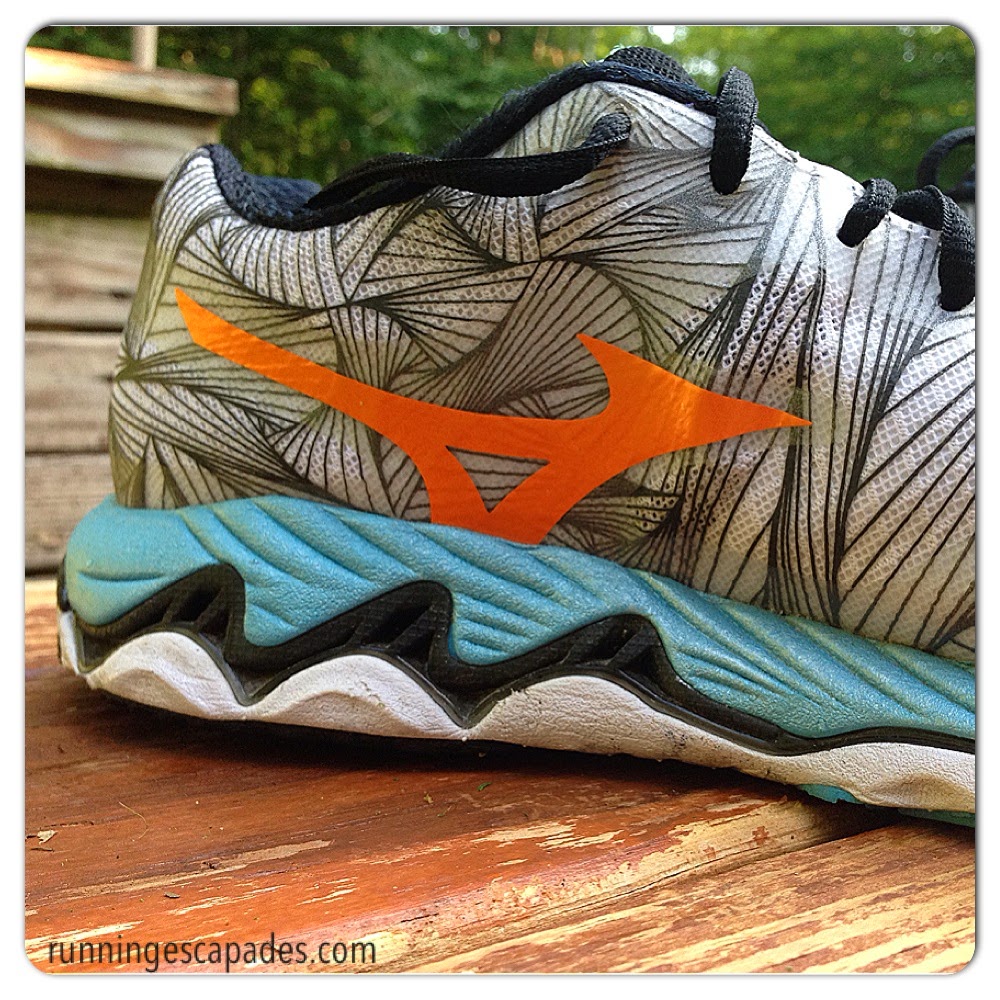 The wider heel and forefoot gauges also offer stability, although that big gap just eats up rocks. Since I live in the land of no sidewalks, my Wave Paradox gobble up stones like the Cookie Monster. 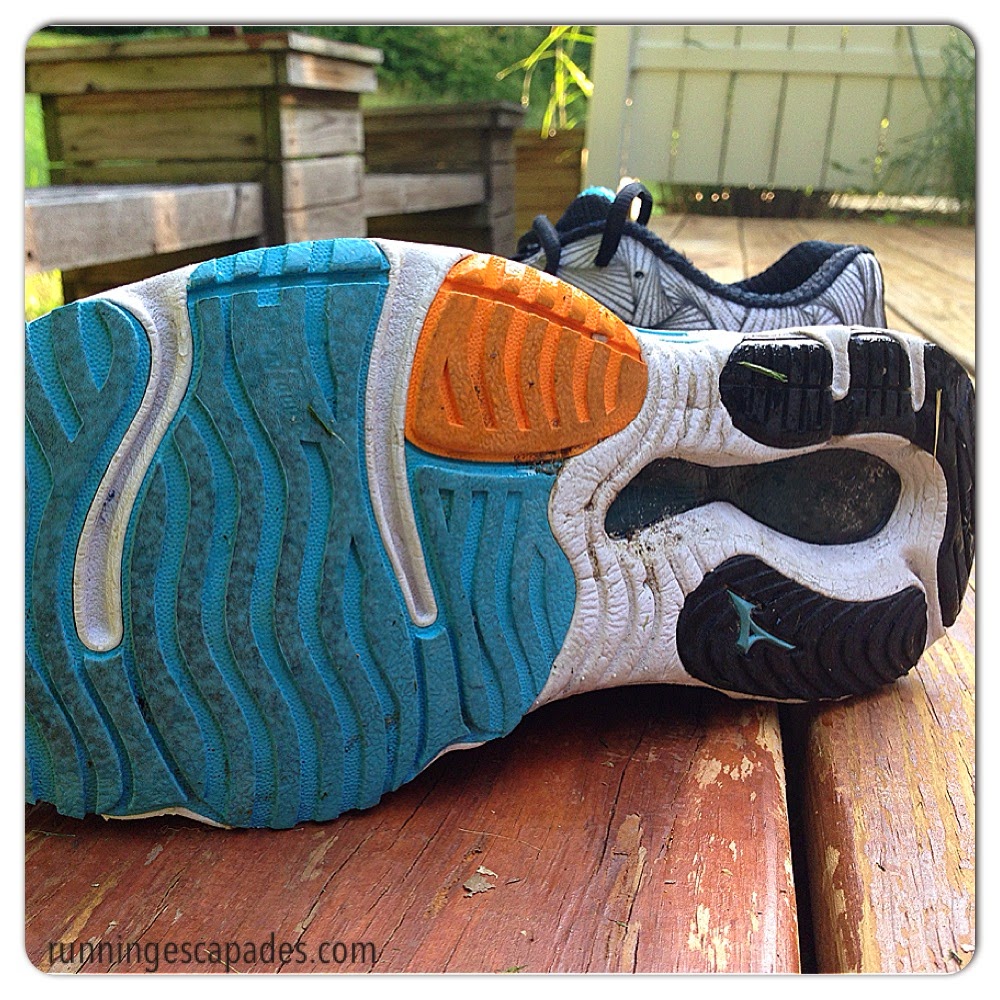 The upper is inspired by a Japanese doodling technique and looks like curved lines, but up close you can see that the lines are actually straight. 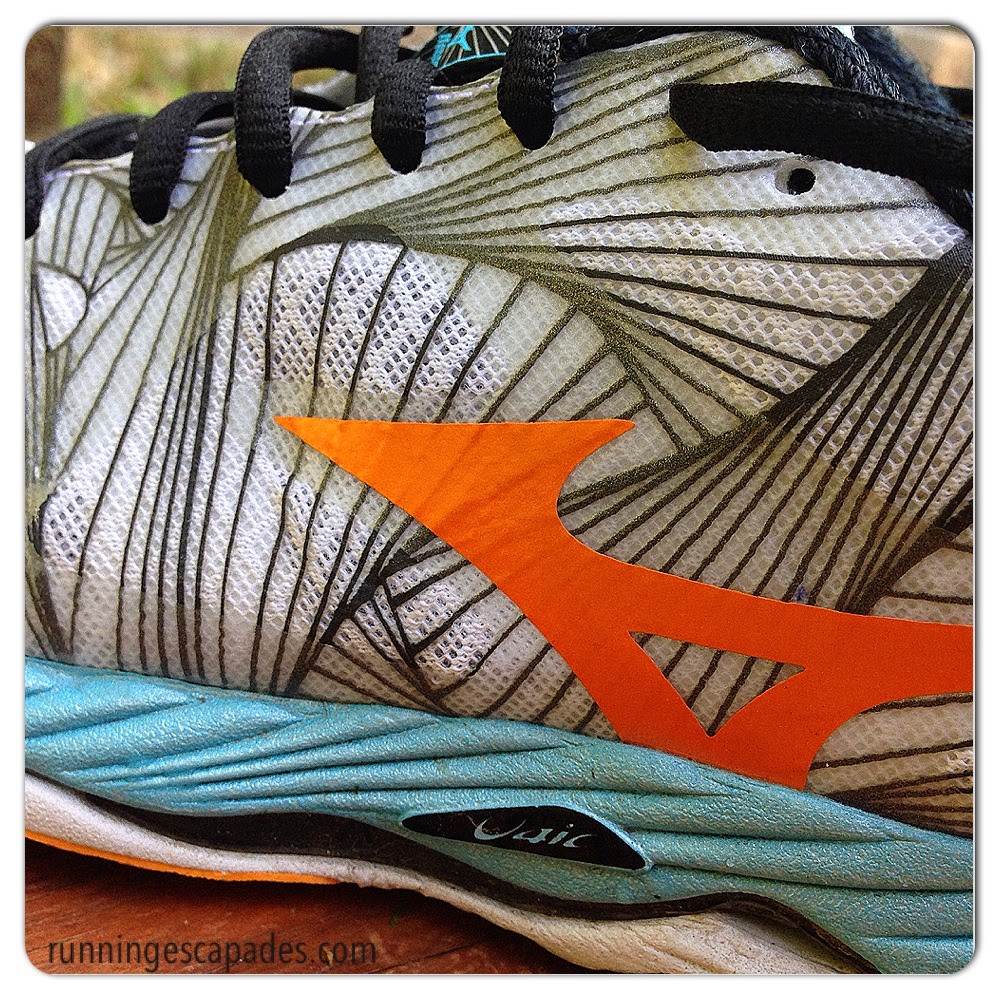 While I'm on the topic of appearance, when it comes to color combinations, Mizuno nailed it. Not only do the colors look good, but the their representation of energy (orange) and stability (blue) reinforces the whole idea of paradox. 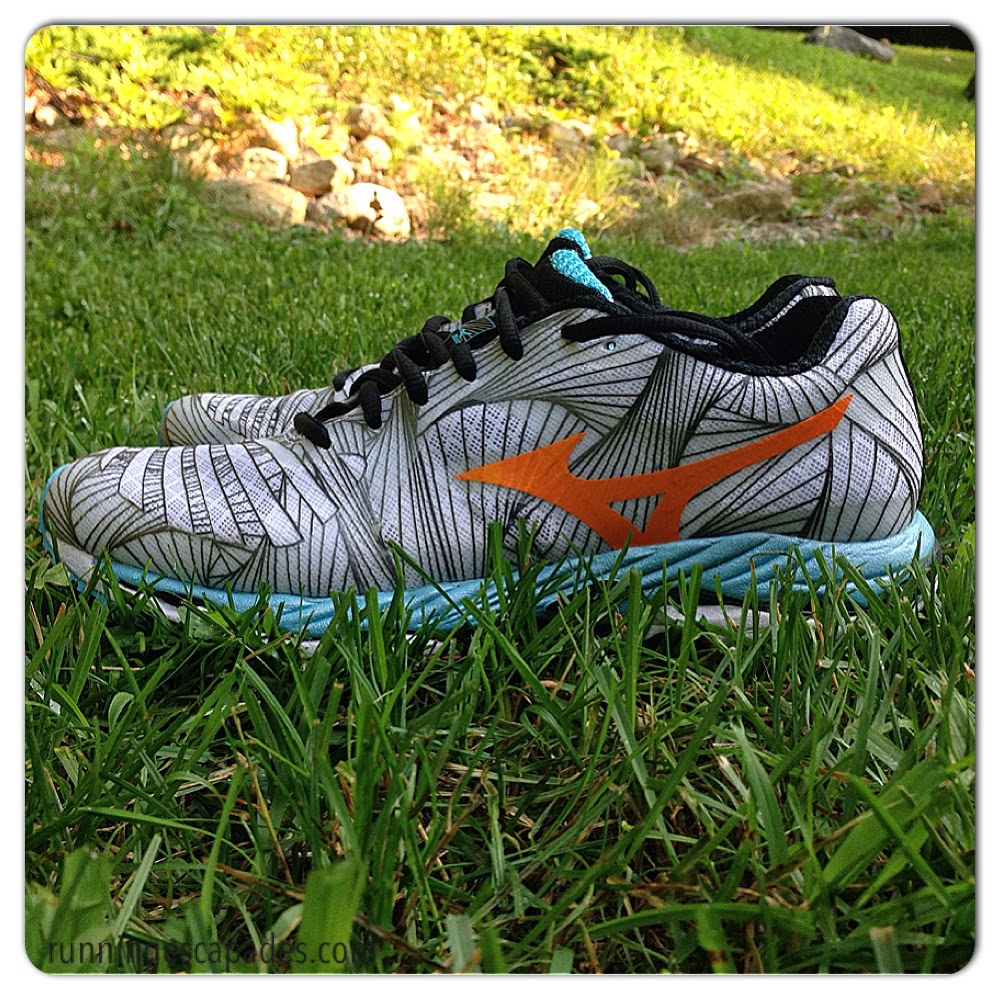 This shoe is very different than the neutral Wave Rider 17 that I was wearing previously. Over the years, I have been able to alternate between support and neutral Mizuno shoes pretty easily (although it is not really recommended). Even when I reached out to Mizuno, they said,

@RunningEscapade It depends. Generally speaking, it's best to stick with the type of shoe which works best for you. 1/2
— Mizuno Running (@MizunoRunning) July 22, 2014


@RunningEscapade If you can safely alternate between a neutral and support shoe, there isn't any negative to doing so. 2/2
— Mizuno Running (@MizunoRunning) July 22, 2014

Since it works for me, I'll be keeping the Wave Paradox in my shoe rotation. 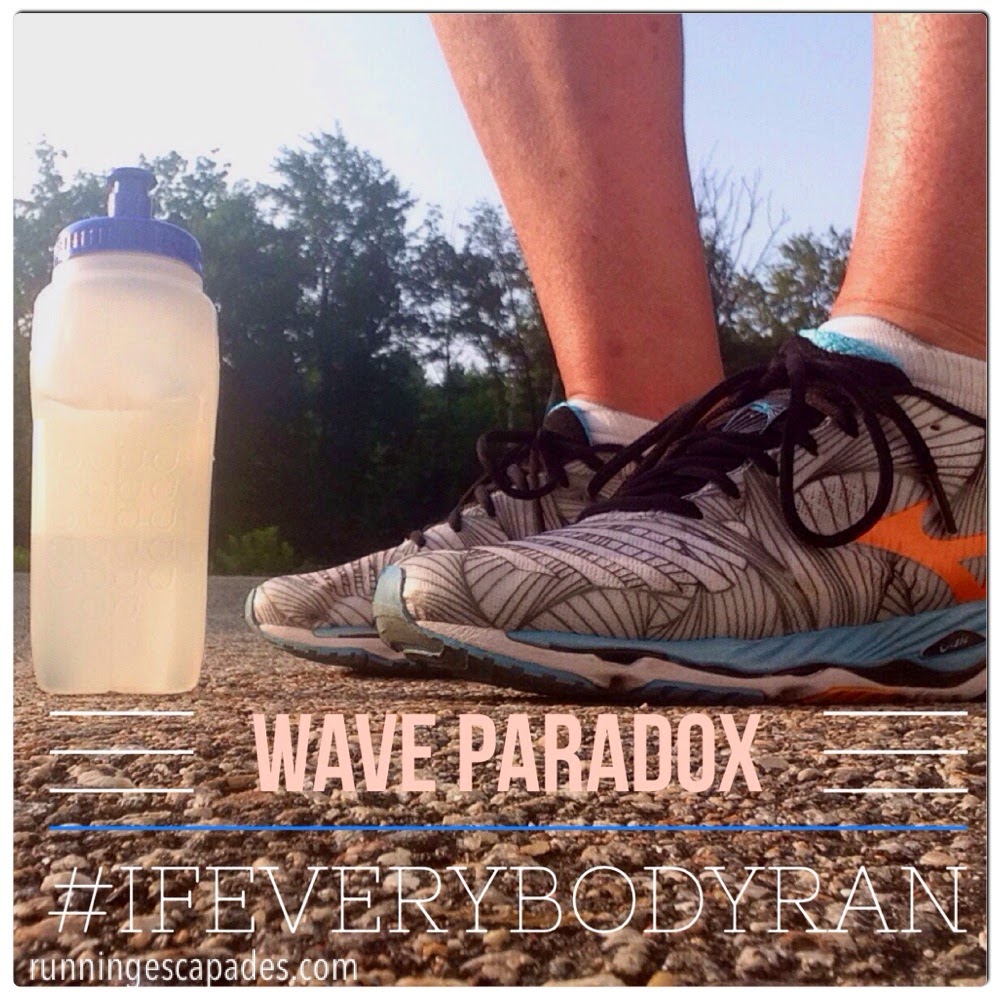 What type of shoe do you usually wear?