While on a hike with the AWA hiking group in November, another hiker recommended the hiking group Hong Kong Hikers (dot org). HKH is a social hiking group that organizes a variety of hikes all over Hong Kong and the territories.

I took her advice and signed up with the group (it's free) and then promptly started receiving email invites to all kinds of hikes. All kinds! They hike nearly every day during the winter it seems.

Last week, mrC and I joined what HKH called the First Friday Social Hike of 2017 ---> to hike Lantau Trail from Pak Kung Au to Mui Wo via Sunset Peak at a social (aka slow) pace. Sunset Peak is the third highest peak in Hong Kong at 869 meters above sea level. Lantau Trail is a 70km trail loop that begins and ends at Mui Wo. We hiked stages 1 and 2 in reverse in two groups: the moderate group (us) and the easy group that hiked along the South Lantau Trail.

Starting from Pak Kung Au at around 340m, the beginning of the hike was a steep climb up some 500 meters to Sunset Peak ridge. The climb was a mix of steps of varying heights mixed with some rocky trail. mrC and I learned that our fast pace was the group's slow pace, at least at first. The group got slower as the hike went on. 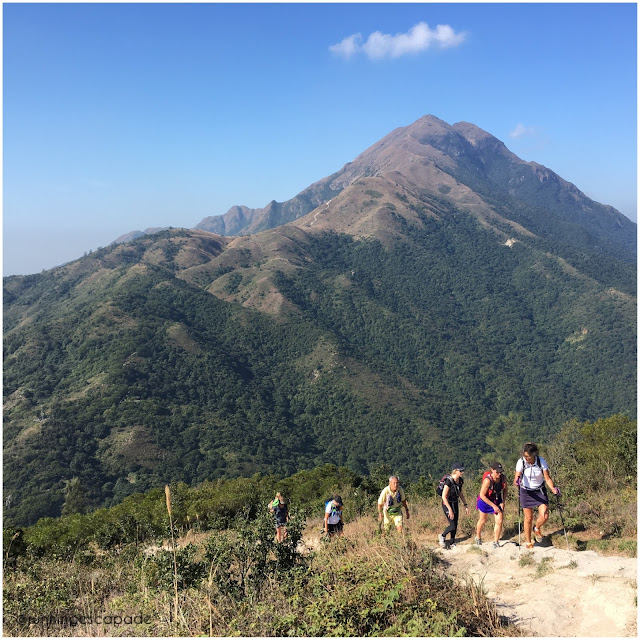 Once at the top, the views were amazing. We were lucky that the skies were so clear that day, too. Not a guarantee in the winter. Not that it was feeling much like winter that day with temps in the high 70s. 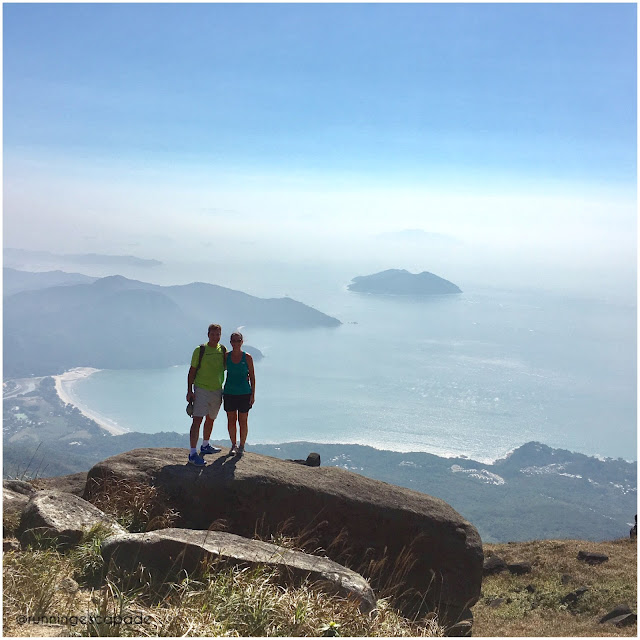 Less than 100 meters more to get to the actual summit of Sunset Peak (behind us in the pic below). Even though I was tired as hell, I would've gone to the top but our group leader said (something like) we didn't have time (we had to meet up with the group that took an easier hike), the summit was a small space, and the views were basically the same from where we were on the ridge. OhhhhKaaaay? 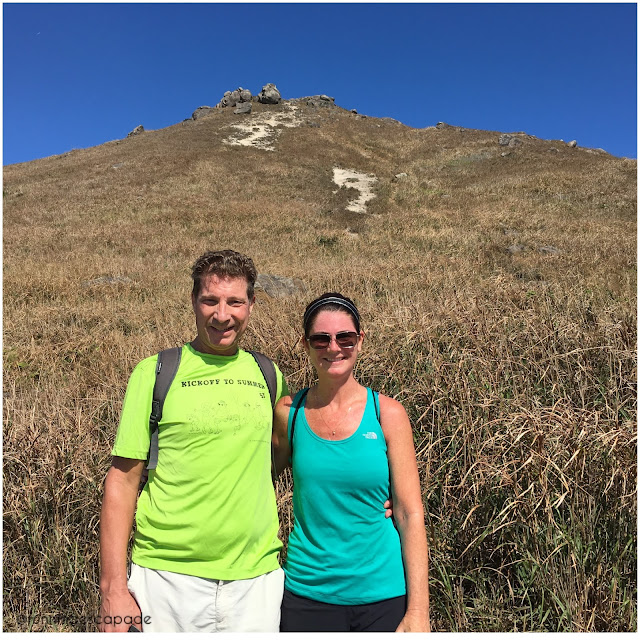 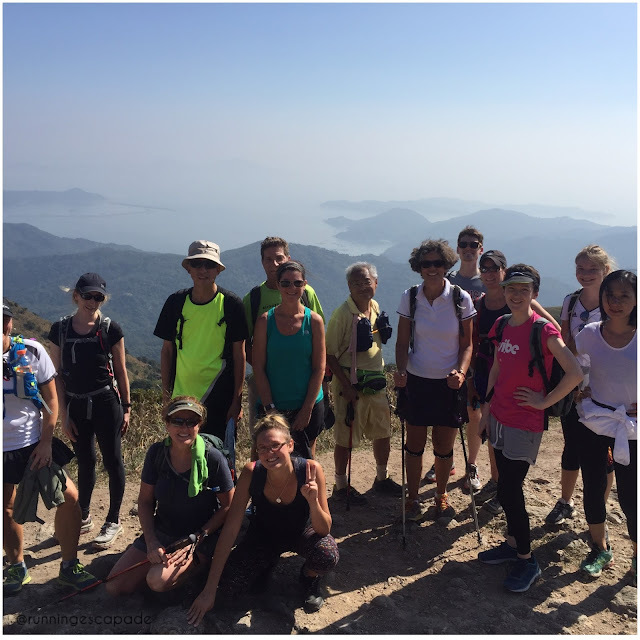 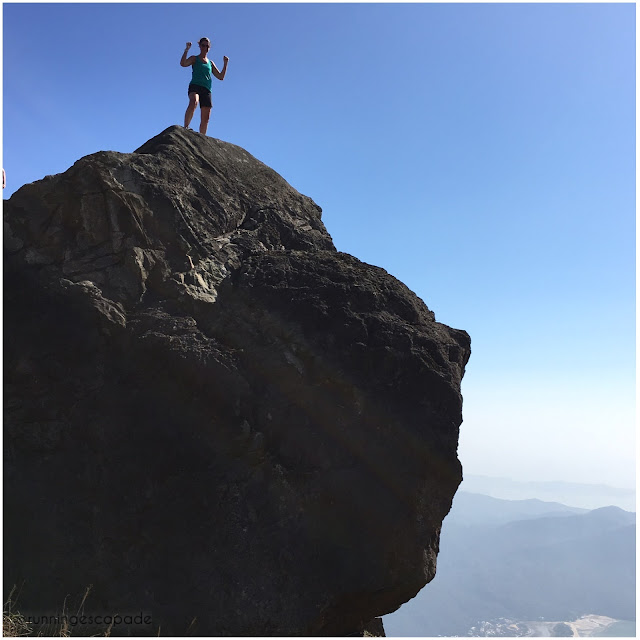 After a short break and picture taking, we hiked along the ridge passing a number of huts scattered over the slopes. I heard someone say they were built by missionaries working in China, but are now available to be rented for overnight stays. I could never do that! We followed the trail down to Nam Shan. 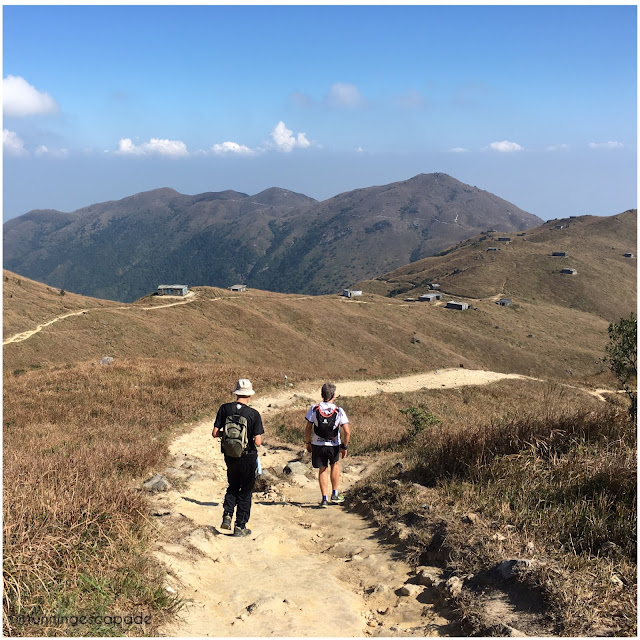 At Nam Shan we met up with the group that had taken the South Lantau Trail and together we all followed Lantau Trail section 1 into Mui Wo. Most of this trail was covered which we needed desperately because neither one of us remembered sunscreen ---> and we did get sunburned. 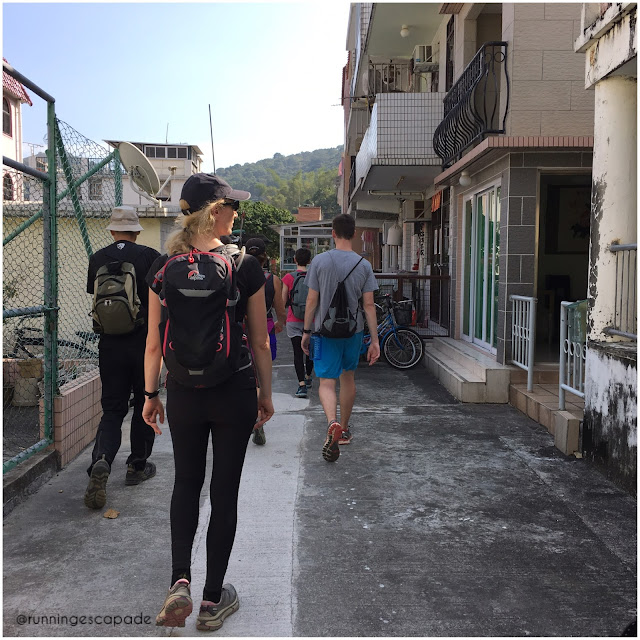 We saw a group of water buffalo right off the path as we entered town. This was my first big wild animal sighting. 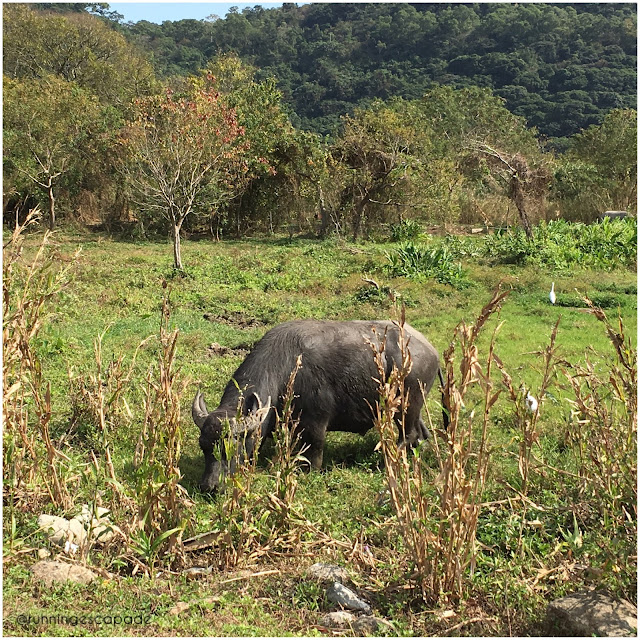 It was good thing I had a big protein smoothie before leaving the apartment. It held me over nicely until we had a late lunch in Mui Wo at The Kitchen ---> a great place by the way. We had smoothies and pizza that were really good. It's right on the waterfront and the service was very good. 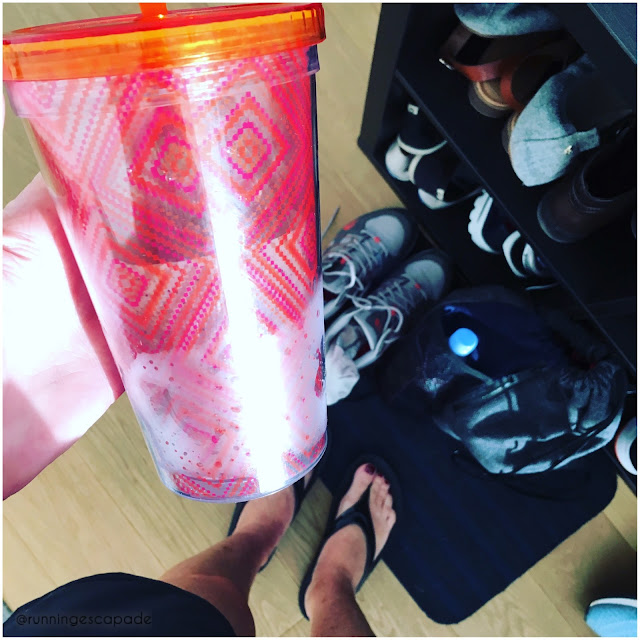 Travel details: From Discovery Bay, mrC and I took the DB01R bus to Tung Chung to meet the group at Starbucks outside the Metro. Our group of abut 30 hikers then loaded onto the #3M bus to Pak Kung Au where we would start the hike. At the bus stop, we walked uphill a few minutes to a set of steps on the left that lead to the trail head. Starting at Pak Kung Au meant that the bus gave us a 300+m head start to the Sunset Peak ridge. 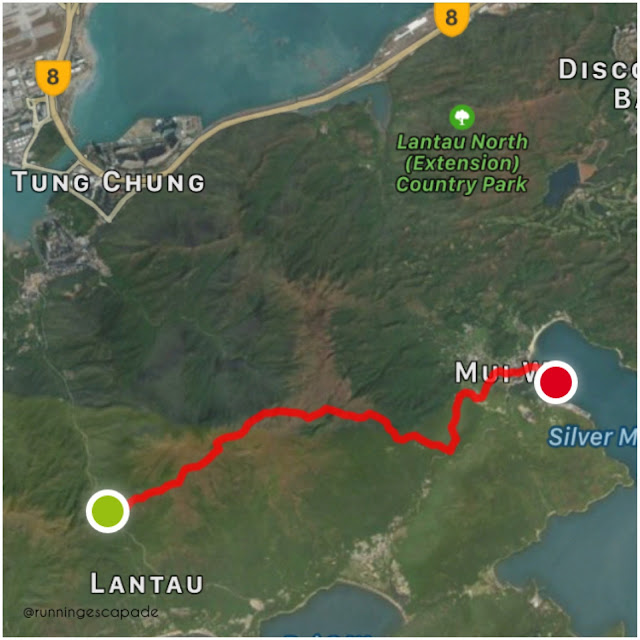 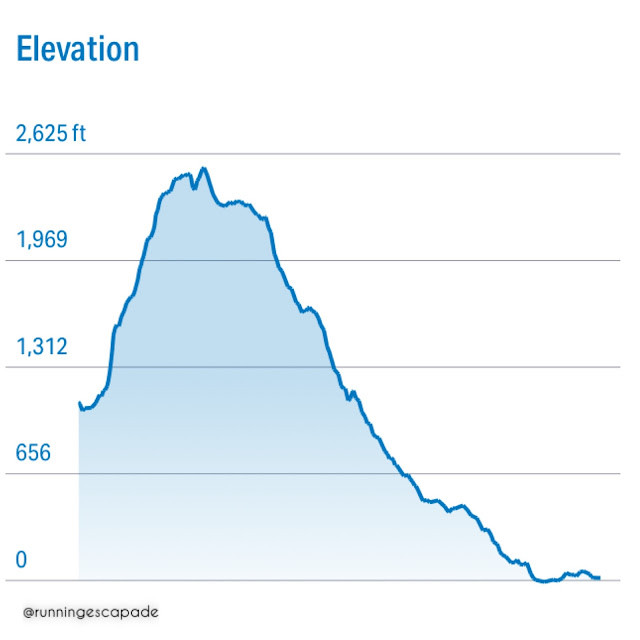 This hike was hard, but totally worth it. Now I'm looking forward to hiking more of the Lantau Trail.