A Group Run and Tips for Newbies

Last night I took my introverted self to a group run in my neighborhood for the first time. Discovery Run is a free weekly meet-up that was started in June by three well-known local fitness enthusiasts in Discovery Bay. Their goal is to help DBers get healthy and have the opportunity to participate in running in a non-competitive way.

With all of my recent knee issues, I was nervous about attending the free Monday night 5K run. I've done group meet-ups before (usually with at least one friend in tow), but it's been a while and this time I did not know a single person. I was also a little worried that I might be doing too much in one day since I had attended Bodystep class in the morning.


At 7:45 on the dot, the organizers welcomed all 30-ish of us and led us through some dynamic warm-up stretches. I'm guessing most people had walked or run to the meet-up, so the stretches were nice. After a rundown of the route (including where the leaders would be standing and directing us) and a quick photo (see above), we were off.

I was excited to wear my Nathan lights for the first time (I think). I don't even remember where or when I got them, but they made it to Hong Kong and if I need more, they're available on Amazon ;) I clipped them onto my shorts, but only used one because they are very bright and there were plenty of street lights. Speaking of shorts, I just picked up this pair of Track This Run shorts from Athleta and I love them. I can't wait to maybe get another pair when I'm in Cincinnati next month. 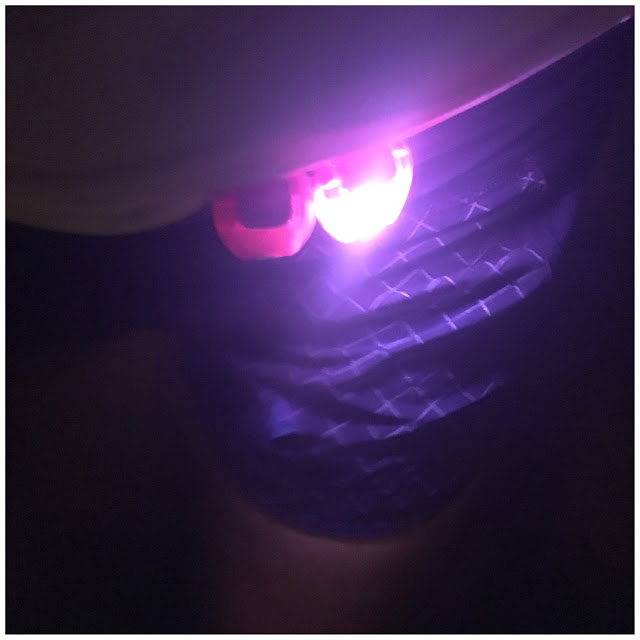 Most of the runners took off very quickly and at first I kept up with what I would call the "middle of the pack." I stayed with them for the most part until the turn around, but eventually we were pretty spread out. I passed about a half dozen runners on their way to the turn around and it felt good to know that I was holding up better than I had expected. I tried to keep a couple of runners in my sights (you can barely see them in the photo below), but the second half of the route had a lot of downhill that I was taking slowly and walking occasionally. Overall, my knee felt good. 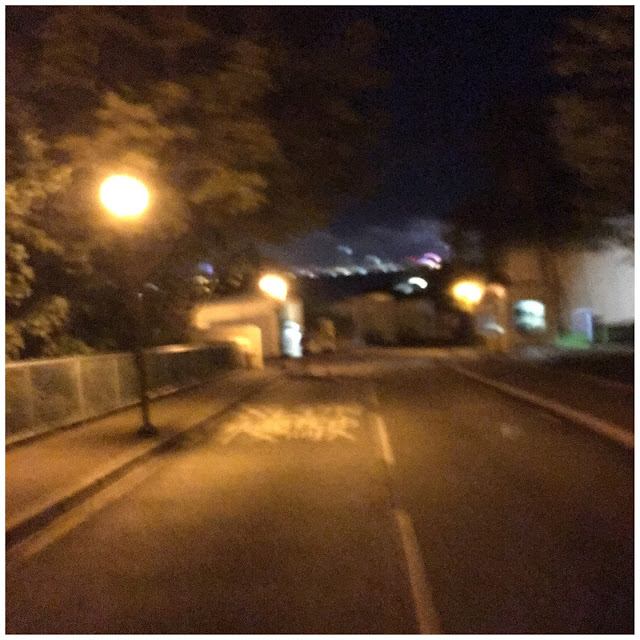 With less than a mile to go, my watch died (I don't know why I didn't think to charge it ahead of time). I brought my phone with me (for pictures of course) and in case I needed to catch a bus home I'd have my bus pass (I wasn't sure how my knee would do). Because I had my phone I used an app to track the end of my run. So I don't know my exact time but between the two runs, I think it was about 34 minutes. 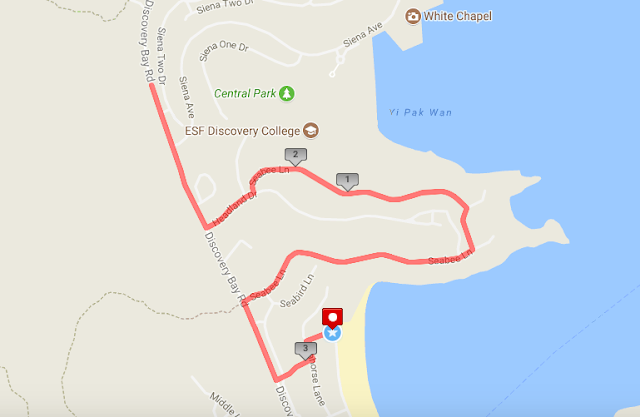 When most of the group appeared to be back from the run, the leaders led a quick cool-down stretch. Even though I didn't really "meet" anyone (this time), I did have fun and look forward to joining them again.

Here are a few things I do to make joining a run group for the first time a little easier:

1) Introduce yourself - just saying hi and making some small talk let's others know that you are new. The regulars will catch this and make you feel welcome. I got some extra information about the group this way.

2) Don't worry about your pace - most group runs are social which means ALL ARE WELCOME. If you are still worried, call or email the organizer. I reached out on Facebook and was relieved to hear that there were indeed runners of all types.

3) Walk when you need to - I knew that I would need to walk, especially the downhill portions because my knee doesn't like them. You will probably find other people need to walk too or you will eventually catch up to the people who slow down. I did end up passing a few people.

4) Know the route - I've never heard of anyone getting lost on a group run, but knowing where the run is going will make anyone feel better. This group had shared run routes on the group page, but the organizer also told us the route before we left.


What tips would you give someone who feels nervous about going to a group run?
What gear do you use for running in the dark?


By the way, it's good to be back. I didn't blog at all last week because it felt like I was saying the same thing, week after week. It felt like a good time to take a break and let my fitness experiences inspire me. I'm still following my carb cycling program and have some pretty awesome results to share with you soon!


(If you are interested in joining the FASTer Way To Fat Loss program, use my affiliate link to join and start carb cycling with me! Click here).

Today I'm linking-up with Patty, Erika, and Marcia for Tuesdays on the Run!