When mrC and I decided to bring Stand Up Paddle boards to Hong Kong, we joined the Lantau Boat Club - Paddlers Section to have a place to store them right at the beach. LBC is actively trying to involve SUP-ers in club events which is how we ended up participating in our first Stand Up Paddle race.


I've always thought of SUP as a recreational activity with a goal no greater than just enjoying being out on the water and getting a light workout. Since we live in a world that celebrates competition, it is easy to see how a casual day of SUP grew into a whole new world of racing.

Like running, SUP is suitable for all ages and abilities, so racing is not reserved for elite athletes. Realistically, anyone who has been on a board for 15 minutes can participate in a race. You might not win, but you'll have fun. Races vary in distance from a few kilometers to 15km+ long distance races. There are also short sprints and relays. 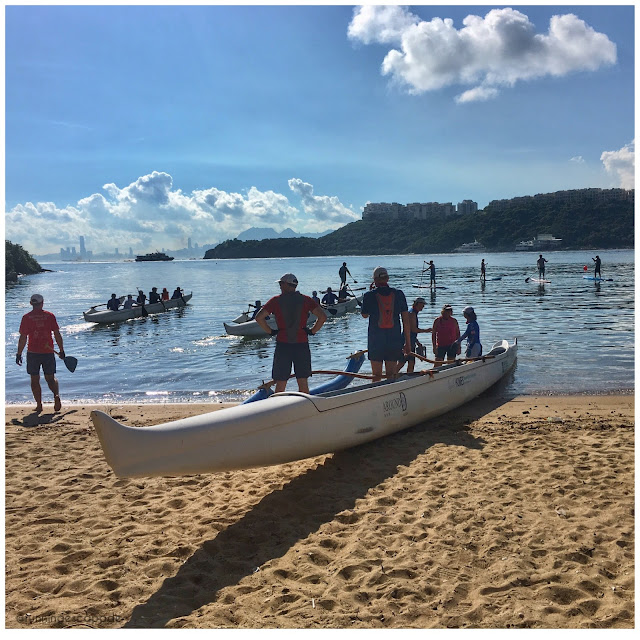 My first SUP race experience all started Saturday morning. Lantau Boat Club Paddling Section was hosting the race day event with a BBQ lunch to follow. We arrived at the beach at 8am and put our boards in the water for a little warm-up. Since it was a paddling event, there were outrigger canoes there too. The race schedule went loosely like this:

We watched the start of the 3km race and cheered for a fellow DB Ladies SUP group member. She was the only female competing in that race and she did amazing. I'm not strong enough or brave enough to go that far yet. Maybe one day.

When it was finally time for our relay, we were paired up to even out the skill levels (except one guy was a team one because he is that fast!). This meant mrC and I were not on the same team. The SUP sprint relay started on the beach. At the horn those who were doing the first leg, grabbed the SUP board and ran for the water.

I went first for my team, but quickly found myself in last place (there were four teams). mrC was right ahead of me and I paddled like crazy to try to catch him. At the turn-around buoy, I thought I was going to pass him, but he took off again. My partner made a valiant effort to make up the difference, but we still came in last place. My arms were so tired but I had an absolute blast. I'm looking forward to doing it again. 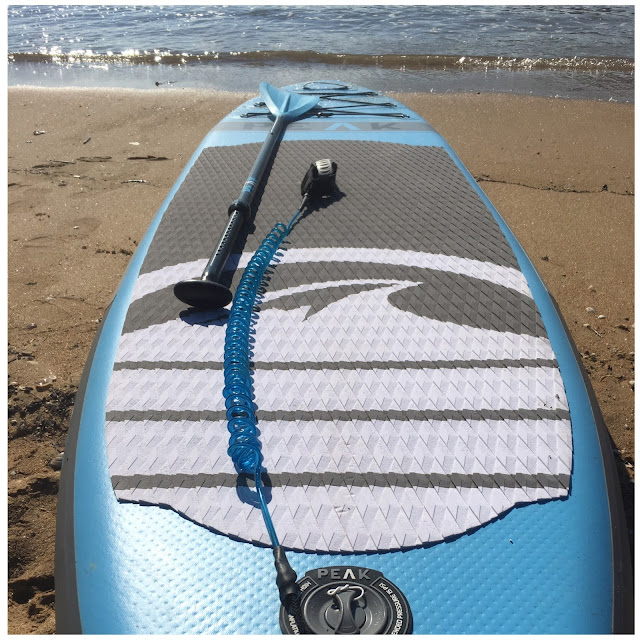 Here's how the rest of my week looked:

Thursday - strength training at the gym


Highlight of the week:

As usual I'm linking up with Tricia and Holly for the Weekly Wrap!