A Leg Workout and My First Fabletics

We woke up in Connecticut on Wednesday morning. We took a different route back and ended up getting great views of New York City as we crossed the George Washington Bridge. There was a little traffic, but overall it was an easy ride (thanks to mrC's driving). 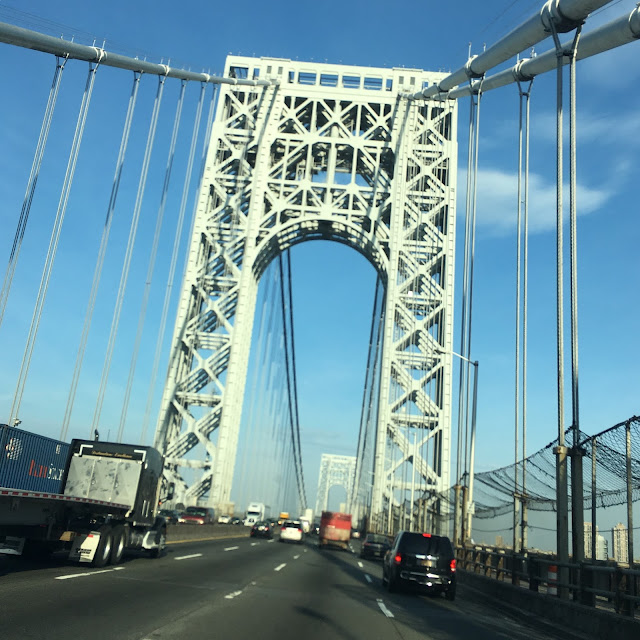 As a bonus I also woke up with a jacked up shoulder blade, I guess from my sleeping position. I tried to pinpoint the spot with my trusty tennis ball, but no luck.

Feeling motivated after telling the world (well, my blogging world anyway) that I need to bring back the strength training, I went to the fitness center armed with a leg workout from my SHRED days. It. Was. Killer. 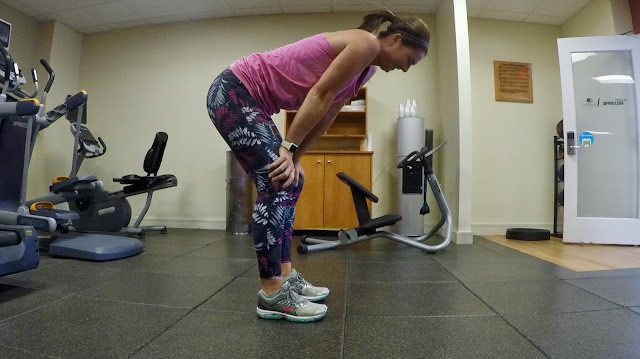 I did the workout as written until...the side lunges. This is when I started thinking that maybe I should have considered modifying earlier. I did 3 sets instead of 10 side lunges and only 3 sets of burpees (just enough for the Pushups, Planks, and Burpees challenge by Running on Happy ---> it's a repeat of what she did in January).

I'm afraid I may have over-done it on my poor hamstrings. There's not much that is good about the hotel fitness room, but there is a spongy foam roller. 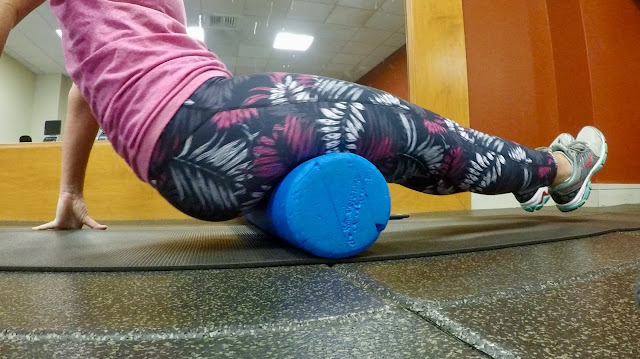 As we headed out of Newark on Tuesday, we made a pitstop at the mall. Besides popping into New York and Company (where I found this dress, these linen pants), I wanted to check out Fabletics. I didn't even know they had an actual store! I wore my new leggings during my workout and they were great. I don't usually like the floral designs on myself, but the color combo of the Oasis print made this one a winner. I kind of wish I had bought the capris though.

We spent the afternoon visiting mrC's family. My sister-in-law and I went to the trails at the local university to walk a couple dogs (the puppy in the middle of the pic didn't join us). We couldn't believe that it was 90 degrees out! 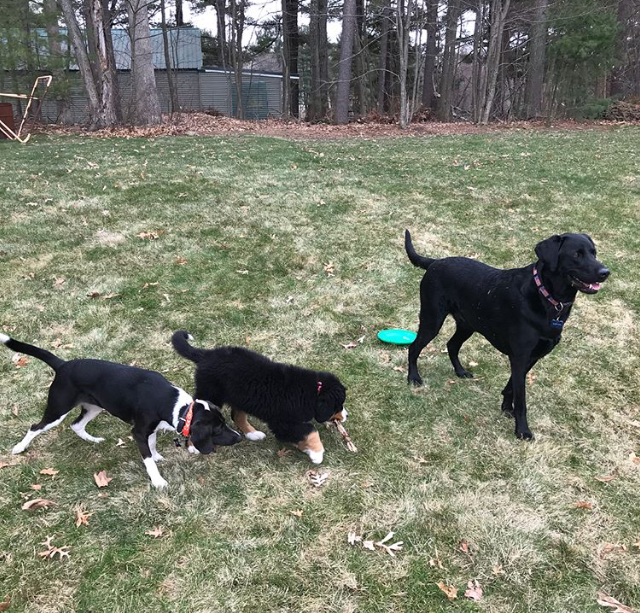 For dinner we picked up some ready made parm-crusted haddock, garlic mashed potatoes and steamed broccoli from the local grocery and took it to mrC's parents. Then we hung out at his brother's for a bit watching the hockey game. 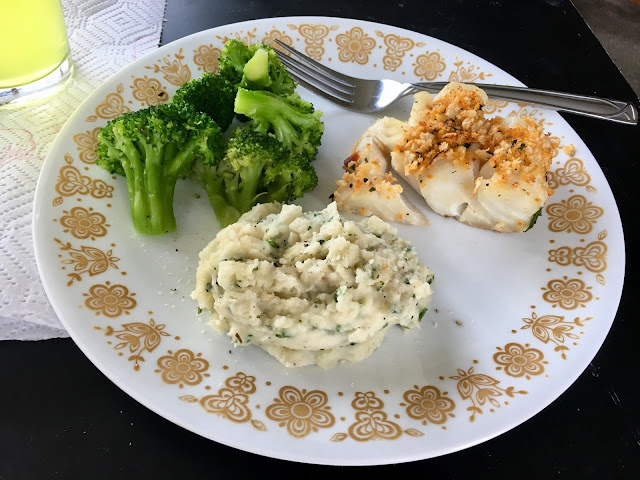 Anyone doing the (January repeat) PPB challenge?
Have you tried anything from Fabletics?