This Made My Sprints Better and Red Rocks Hike

mrC and I have been filling time between visits with middleC (he's taking finals before graduating on Thursday) by getting out and exploring more of Boulder.

For my sprints workout on Tuesday, I convinced mrC to go with me to Wonderland Lake Trail. 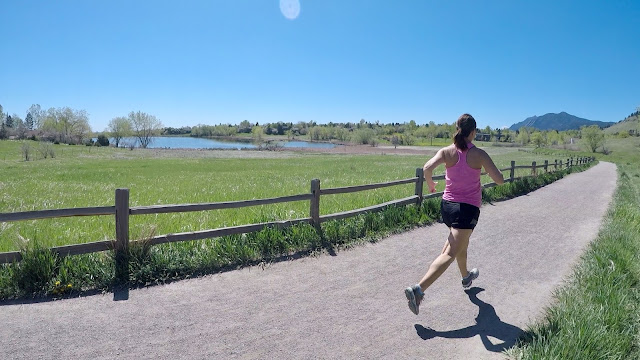 Based on the description on the AllTrails website, the 1.7 mile trail in North Boulder that looped around a lake sounded like a great place to run. The possibility of spotting hang gliders coming off the mountains behind the lake also sounded fun. 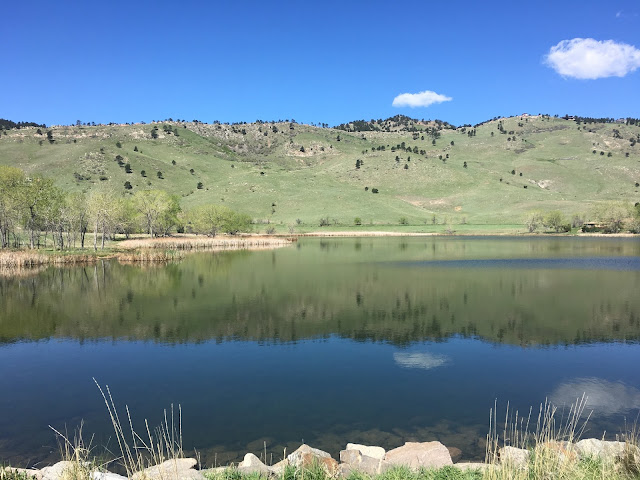 The plan was to run an easy 5 minute warm-up, do 10 sprints @ 20:40 seconds work:rest and run an easy cool down to finish the loop. Our goal was to also slow run the rest portions of our sprint intervals.

What really happened ---> we didn't park in the right spot, so we cut off a portion of the trail. That turned out ok (because we were too spent to run the cool down anyway), but getting started on the trail was a bit confusing. We ran a 5 minute warm-up, did our ten sprints and then walked to cool-down. And we briefly spotted one glider! 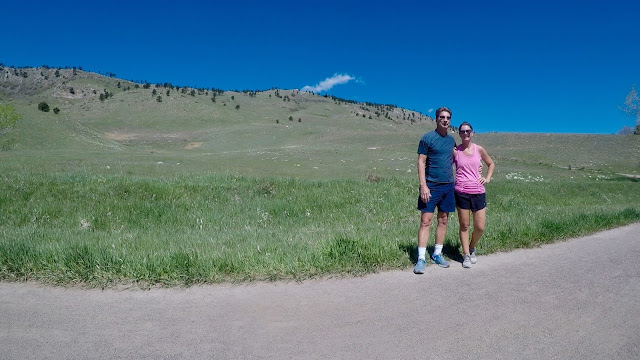 Our non-adjusted lungs are still struggling with the Colorado elevation, so we both needed to walk a couple of the rest periods. Despite feeling the effects of high altitude running on our performance (and mrC had already had breakfast with middleC), this sprint workout was waaayyy better than last week's for many reasons:

1. it was warmer - I don't mind running in cold weather. I just didn't pack that gear so running in shorts and tank was preferable.
2. soft trail vs. sidewalk - my legs (esp. knees) were so happy about this
3. lake view - being near water always makes my run feel fresher and more enjoyable
4. mountain view - my favorite combination especially with big blue sky to top it off
5. mrC - every run with mrC is better than any run without him. He's my favorite person ;) 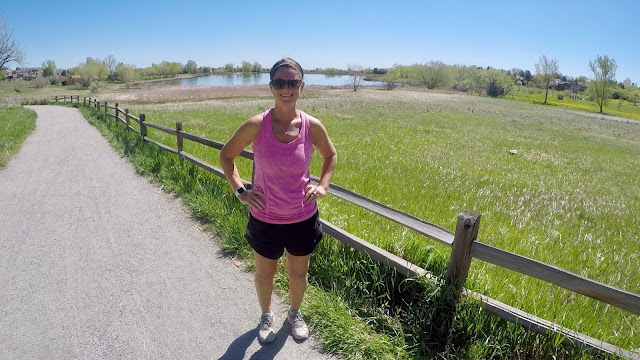 After our run, we went over to Pearl Street to get a post-run treat. I have a list of smoothie/juiceries going for Boulder and we made our first stop into Wonder Press. mrC got a yummy strawberry banana smoothie and I got the Take Root juice bottle ---> cucumber, carrot, beet, apple, ginger, and lemon. It was pretty good, but that cucumber is hard for me. (I had the option to return the glass for $1 refund or keep it. I'm keeping it!) 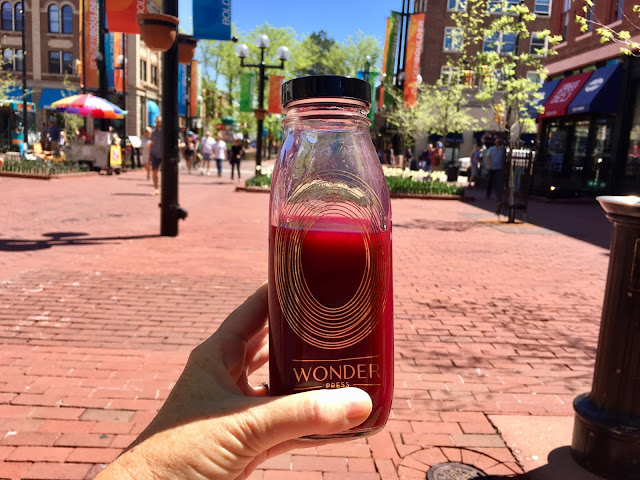 When middleC finished his final for the day, we helped him take a mental break before going into study mode for his last final tomorrow. The three of us headed over to Red Rocks Trail to see the red sandstone formations that jut out of the ground. It was supposed to be an easy and short hike.

We should have realized right away that we were in for a workout when the trail started off with a pretty intense climb. 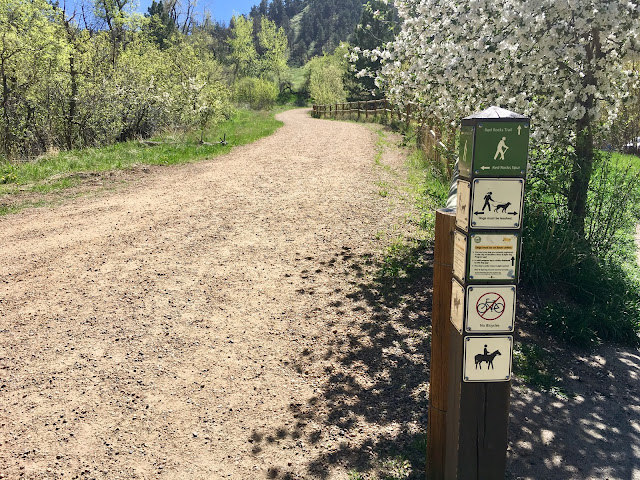 The view of the rocks from the west side was not as impressive as we were expecting. The outer loop is said to be about 1.3 miles, but we could see shorter trails leading up to the rocks creating what looked like a maze. 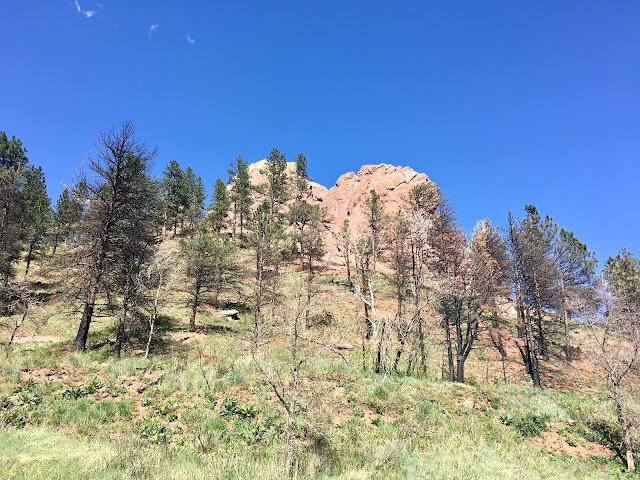 So, while intending to stick to the outer loop trail, we couldn't resist climbing up one of the shorter trails to get a better view of things. The short trail was not at all easy, but we really thought we'd miss out if we didn't do it. We felt like mountain goats, but it was worth it. 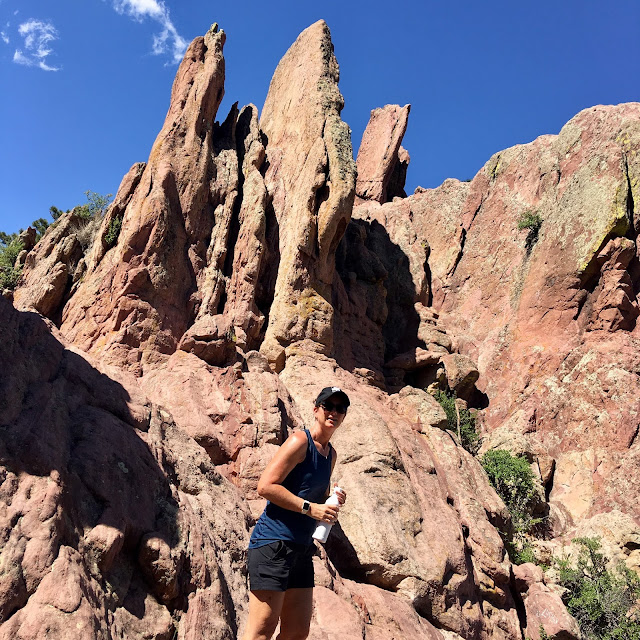 After our little detour, we continued making our way around the perimeter and found ourselves unexpectedly faced with more serious rock climbing (we would see later that we could have gone around and taken an easier path). At this point it felt like we were doing a HIIT workout. 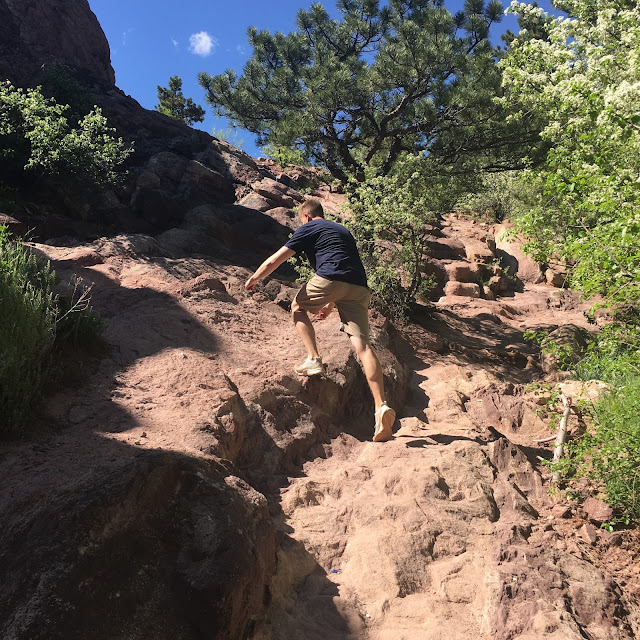 Like all things, once you get through the hard part, the view from the other side can be amazing. That was the case of the Red Rocks. 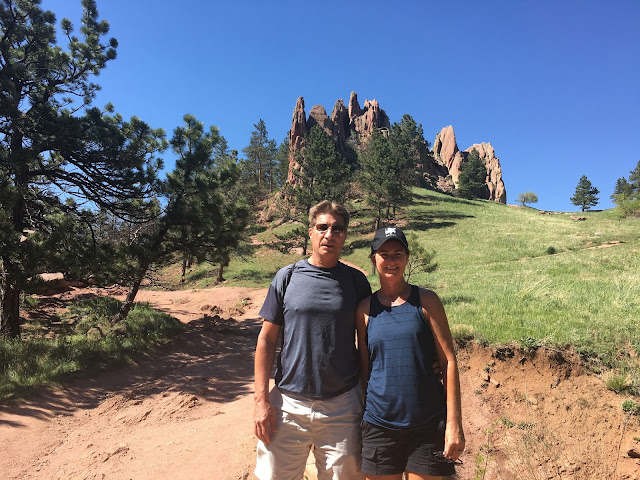 As we continued up, the trail got closer to the towering sandstone fins and the views of Boulder opened up on east. We took advantage of the perfectly placed bench to have a water break and let the afternoon breeze cool us off a bit. 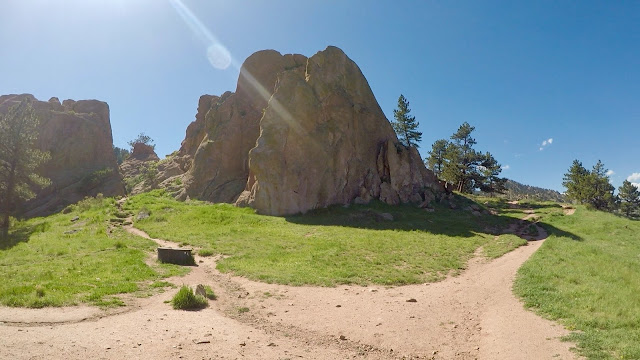 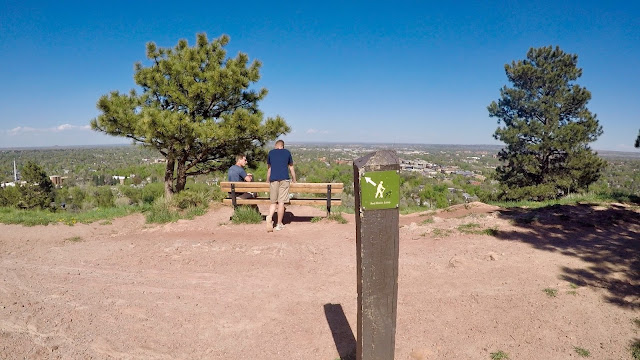 From this side and the top, so to speak, we had amazing views all around us: Boulder, the Rocks, and larger mountains in the distance. 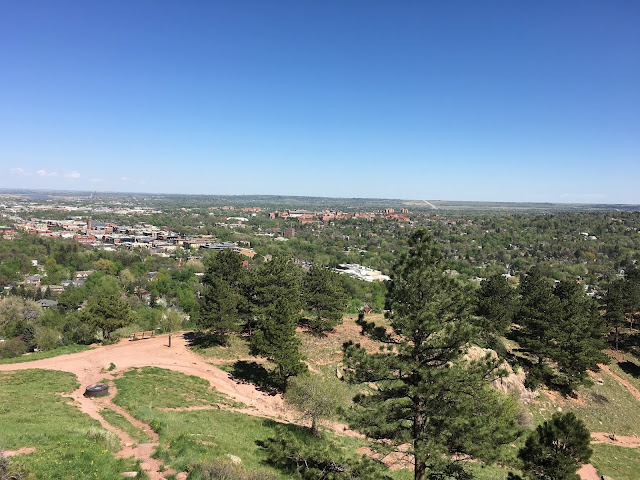 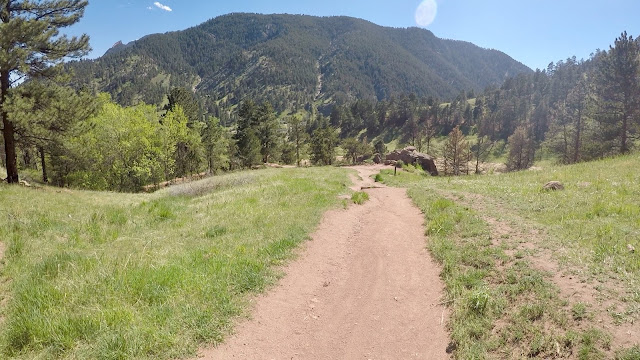 This hike only took us about an hour, but it was a good one!


Does a change of scenery affect your workout?
Which do you prefer smoothie or juice? I actually like smoothies more, but drink juice on low carb days.