A Legend, a Film, and a Run

When you think of women's running, you probably think of Joan Benoit Samuelson.
Joan is one of the pioneers of women's running and in fact is the first ever Olympic Champion in the women's marathon. She is a running legend, icon, hero and inspiration.

When you see her run, you would wonder how this tiny woman with the unusual form could do it. She doesn't lift weights or take supplements. She doesn't even pay attention to the mile markers during a race. I think she would tell you that runners come in all different packages with all manner of strides and individual practices, but we are all runners. 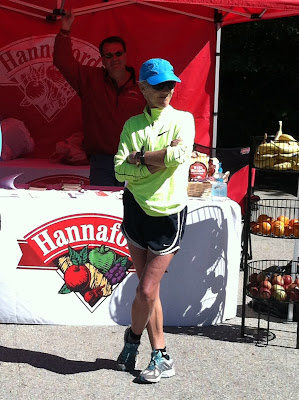 The fun started Tuesday evening at the Palace Theater in Manchester. Olympic Gold Medal Marathoner Joan Benoit Samuelson presented her new documentary There Is No Finish Line. It was a night of inspiration and great stories told by Joan, people from her life, and three local runners who have used running to make major changes in their lives. 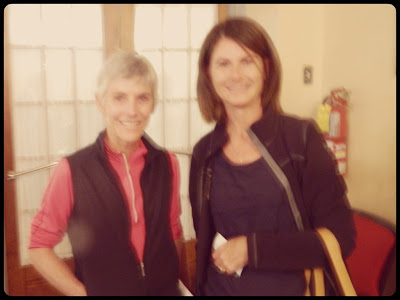 In the film Joan's family and friends speak of her passion for running, her unceasing motivation to do better, and her desire to give back to the community. During the introduction and Q & A after, it was instantly apparent that Joan has a feisty sense of humor. We learn that she suffers from PMS...Pre Marathon Syndrome and gets hankry (hungry and cranky). The film also shows us how Joan's running achievements inevitably opened the door for all women in the running world today. 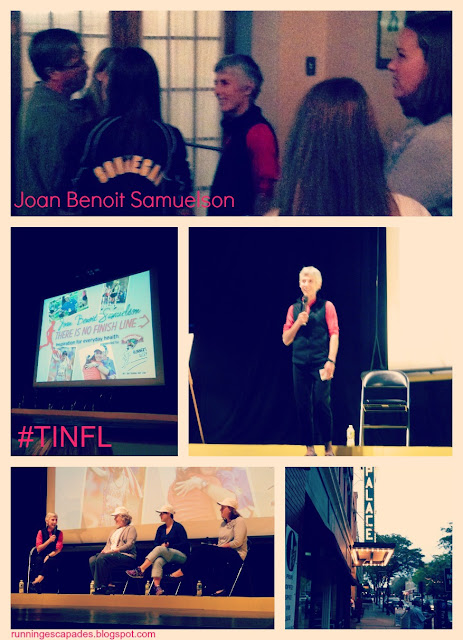 The next morning, I was lucky enough to participate in the "Run with Joanie" event at Livingston Park in Manchester. Approximately 50 people were selected to attend two sessions to discuss training, health and wellness followed by a run with Joan and her crew. 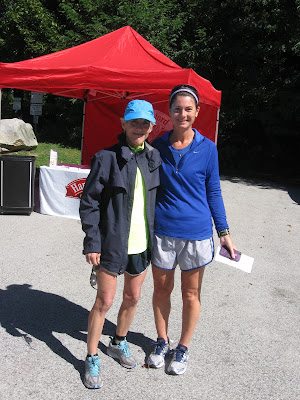 When I arrived at the park, people were mingling and chatting, taking pictures and getting autographs. I found Angela (aka Happy Fit Mama) and we worked as a team to get our pictures with Joan. After a short round of introductions from everyone in the group we set off on a three mile trail run. We enjoyed drinks and snacks provided by Hannaford during the post run chat with Joan. 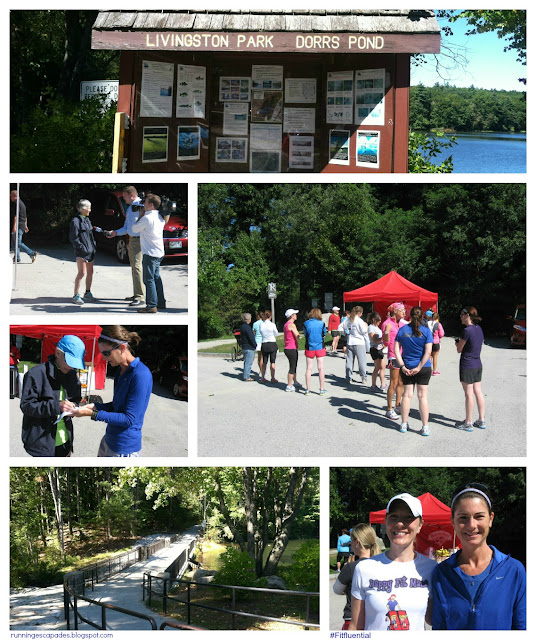 I learned from Joanie (as she is affectionately called) that we are all runners. We all carry heavy expectations that are often self imposed and habitually push ourselves beyond what we ever imagined. The most important message, of course, is that there is no finish line. Joan broke barriers in 1984 and continues to defy the odds today proving that we can still challenge ourselves in this marathon we call life.

Here's a brief clip of the "Run with Joan" event from WMUR's newscast:


If you could meet a running legend,
who would you want to meet?