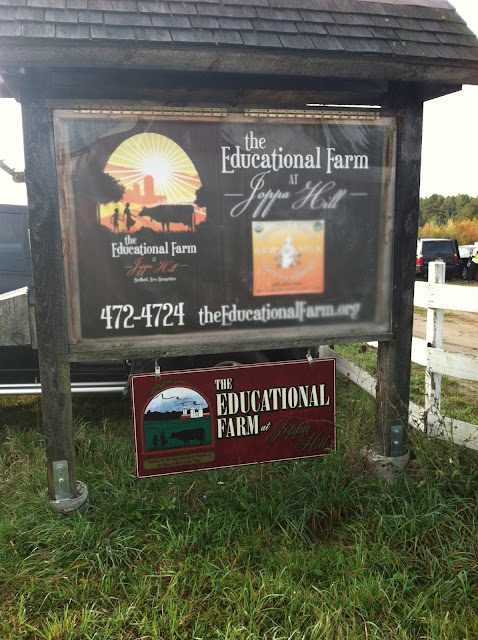 On Sunday morning, my husband and I took our loyal hound to his second road race. The 3rd annual My Dogs Are Barking 5K was held at the Joppa Hill Educational Farm in Bedford, NH. This race benefits the Animal Rescue League and this year my friend and colleague, Gary, was the event coordinator.

We ran this race for the first time last year and thought it was an enjoyable family friendly event that encouraged people to get out with their canines and exercise while advocating for the adoption and support of sheltered animals.


This race was fun because we got to run another official race with the dog. Booney used to run with us much more frequently than he does now, but his age and our distances have made it more difficult. At 9 years old he just doesn't have the same amount of stamina as he used to.

It was also fun because we were able to meet up and run with friends and their dogs. It's interesting to take those lunch time conversations about running with your pets and make it a reality in one big group fun run! 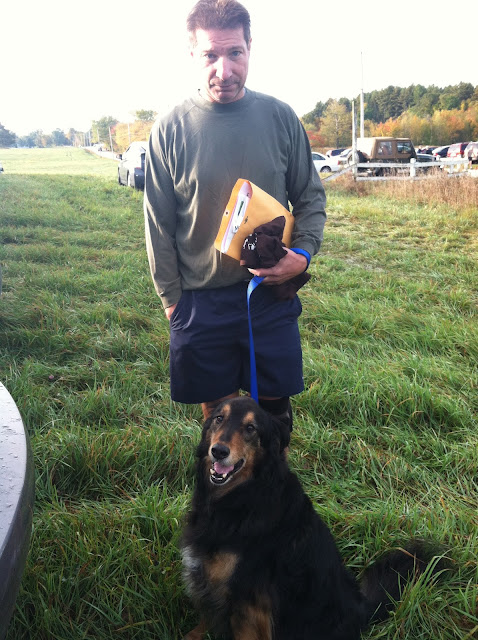 The race had a new course this year so runners, canines, and walkers were treated to a steady downhill across the finish line. Runners without dogs lined up and started first, followed by runners with dogs, and then walkers. I liked this wave start because it allowed the runners who just wanted to run and not worry about leashes and four-legged friends to bolt right from the shout of "GO!"

Knowing that our loyal hound was not going to be gunning for first place, we decided he should aim for a PR. Last year he crossed the finish in 31:13, a very respectable time for a dog who runs inconsistently. Despite getting out fewer times this year for runs, we were hopeful he could shave a few seconds off his time with the downhill finish.


After about a two minute delay from the start of the runners, we were off. The start was really a crowded mess of owners, dogs, and leashes. Some people let their dogs stray dangerously on loose leads which almost caused a few trips and others were being dragged into ditches by their excited canines. Fortunately it cleared out after about 2/10ths of a mile and we were able to find a steady pace as we made our way through the rolling hills. 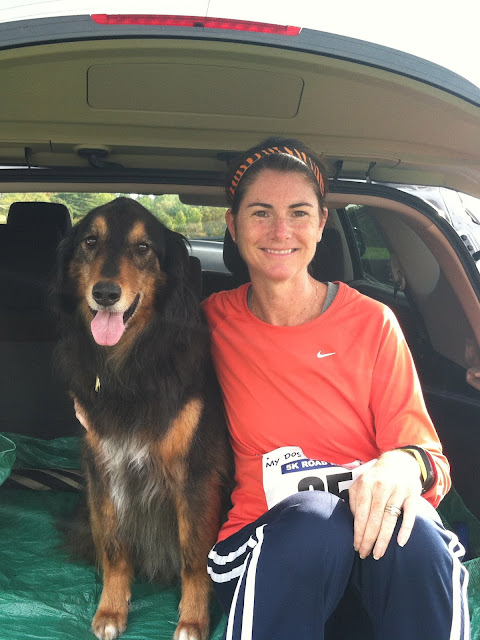 About halfway, we took advantage of the water stop for both two-legged and four-legged runners. The course led us through some nice neighborhoods - houses with three car garages (so nice) and picturesque views of the fall foliage. Then as promised, we rounded a corner to climb one last time before the downhill sprint to the finish. Booney finished with a PR of 31:04!

Do you have a favorite fun race?

If you are looking for a race to run, Amanda told me about a great one for a worthy cause.  The Michael LoVerme Memorial 5K run/walk is on Sunday, October 14th at Merrimack High School in Merrimack, NH. Michael was a Merrimack High School cross country and track runner and died unexpectedly this past August in a motorcycle accident. Amanda's husband, Michael's brother, and some other friends have started the Michael LoVerme Memorial Foundation and planned 5k run/walk as a way to honor him. They plan to make this an annual event. The proceeds will go towards offering a graduating Merrimack High School student a scholarship.

You can visit the website: www.ml-mf.org to find out more information.