Last weekend we made our way to Boston for the BAA 10K, the second race in the BAA Medley Series. This time I had a running partner: my step daughter. 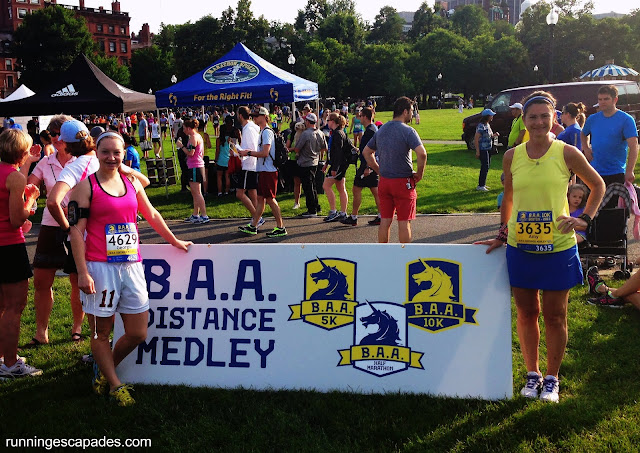 Our mini race-cation started on Saturday with our first destination on Boylston Street. The last time we were there was for the BAA 5K on marathon weekend. It seemed fitting to pay our respects on the same weekend of the BAA's first race since the tragic events of April 15.

We spent the rest of the afternoon milling around Faneuil Hall, Waterfront Park, and Boston Common before heading to dinner. We chose Maggiano's Little Italy because they offered 15% off to race participants and we scooped up some cookies from the Chip Yard for dessert. 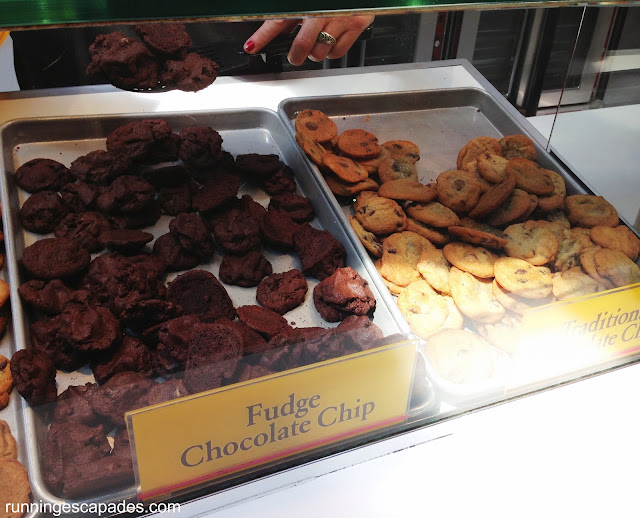 After dinner we strolled back to the hotel. With some time to spare before the start of the hockey game, we took advantage of the spacious room to do some family-time yoga and get our game plan for race day ready. 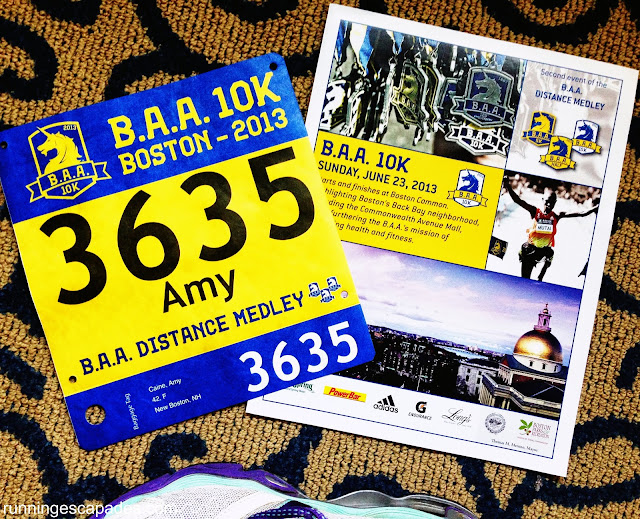 In the morning we walked the short two blocks to the starting area to meet up with some runner friends prior to the start. The BAA encouraged runners to wear blue and yellow as a tribute to April 15 so I chose my blue Nike running skirt and yellow tank, but I was loving all the Boston tees.


With the race capped and sold out to 6500 runners, getting into the pace corrals was no easy task. We got in Wave 3 with the 9-959 runners and it took about 10+ minutes to cross the start line. 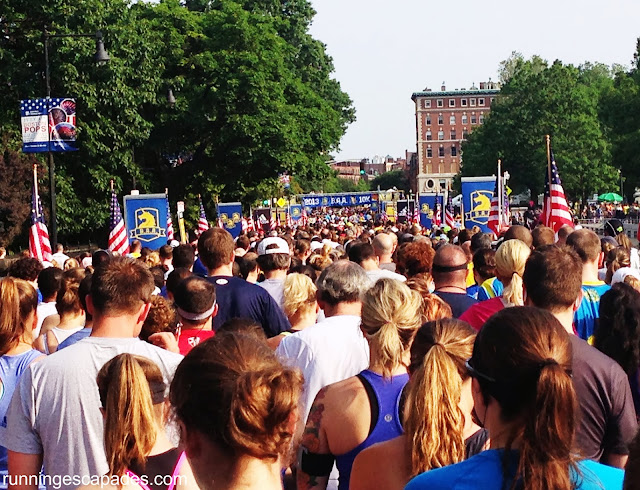 Here's a glimpse of us at the start turning onto Beacon Street caught by mr C.

We spent the next 6.2 miles cruising through Boston's Back Bay, enjoying the cheers and cow-bells from the spectators, and sweating our butts off. IT WAS HOT! As much as I love bright sunny days, running in the heat after being sick was tough. I just wanted to get to the finish line as easily as my Wave Creations would carry me. 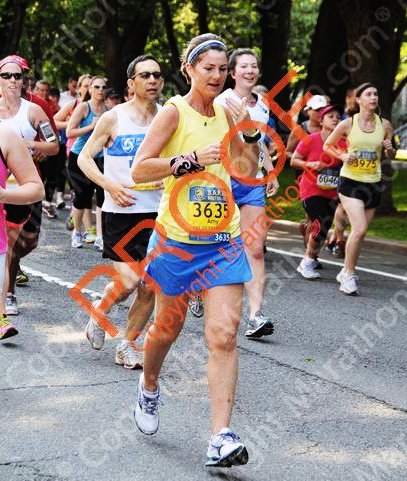 The out & back course followed Commonwealth Ave. on the south side of the Charles River and led us to the turn around at Boston University. My step daughter and I stayed together until the last port-a-potty at mile 6. It sounds crazy to pitstop so close to the end, but I knew it would be a maze at the finisher's corral and I had no idea how long it would take to get to the port-a-potties there. The next time I saw her, she was showing off her bling! 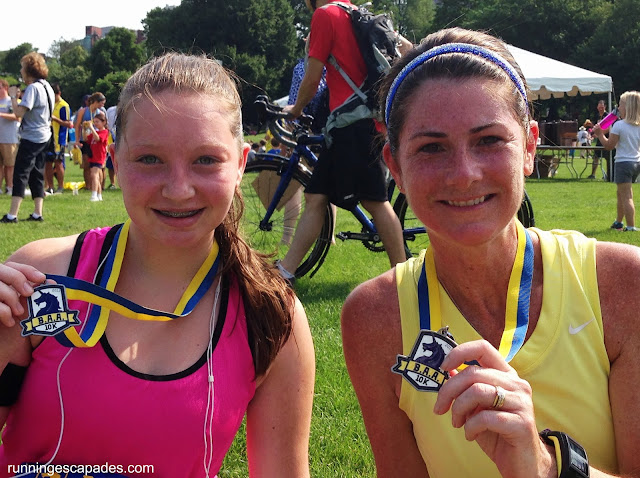 We hung out on the Common afterwards long enough to cool down a bit and see the 2013 Boston Marathon Champion, Lelisa Desisa of Ethiopia, gift his championship medal to the city of Boston to honor the victims and families of the marathon bombings. 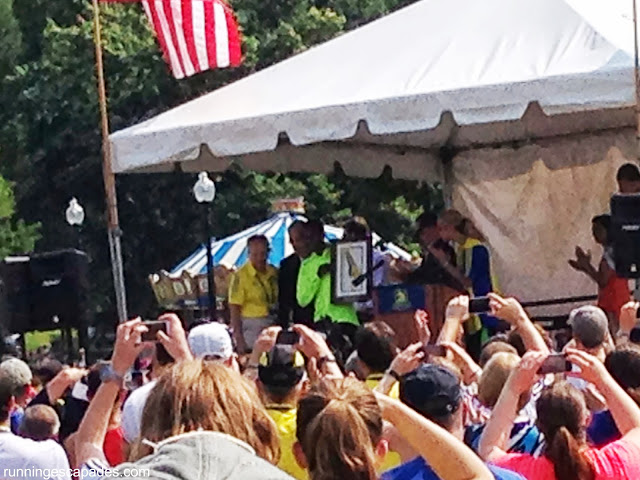 As much as we would've liked to enjoy the festivities on the common all day, we were mere visitors and had to get cleaned up and checkout of the hotel. It was a great weekend, a great race, and a great first 10K finish for my step daughter at 1:02:03 - and I came in right behind her at 1:02:44.

See you in October for the BAA Half Marathon!

On a side note, Shlomo from the Brain Tumor Foundation in New York City asked me to share this for readers who are interested in running the ING New York City Marathon on November 3 but were not chosen in the lottery: "The Brain Tumor Foundation has a limited number of slots left on Team BTF in this year’s ING New York City Marathon, and we can offer guaranteed entry into this year’s race for those who will run with Team BTF." You can find more information on the website or go directly to the Team BTF application.