Last Saturday was the fourth year for the TI Disco Fever 5K/10K, but it was my first time running it. Christine & Sarah, the owners of TI Fitness where I SurfSet, organized this charity event. These ladies are so inspiring and super fun to be around. 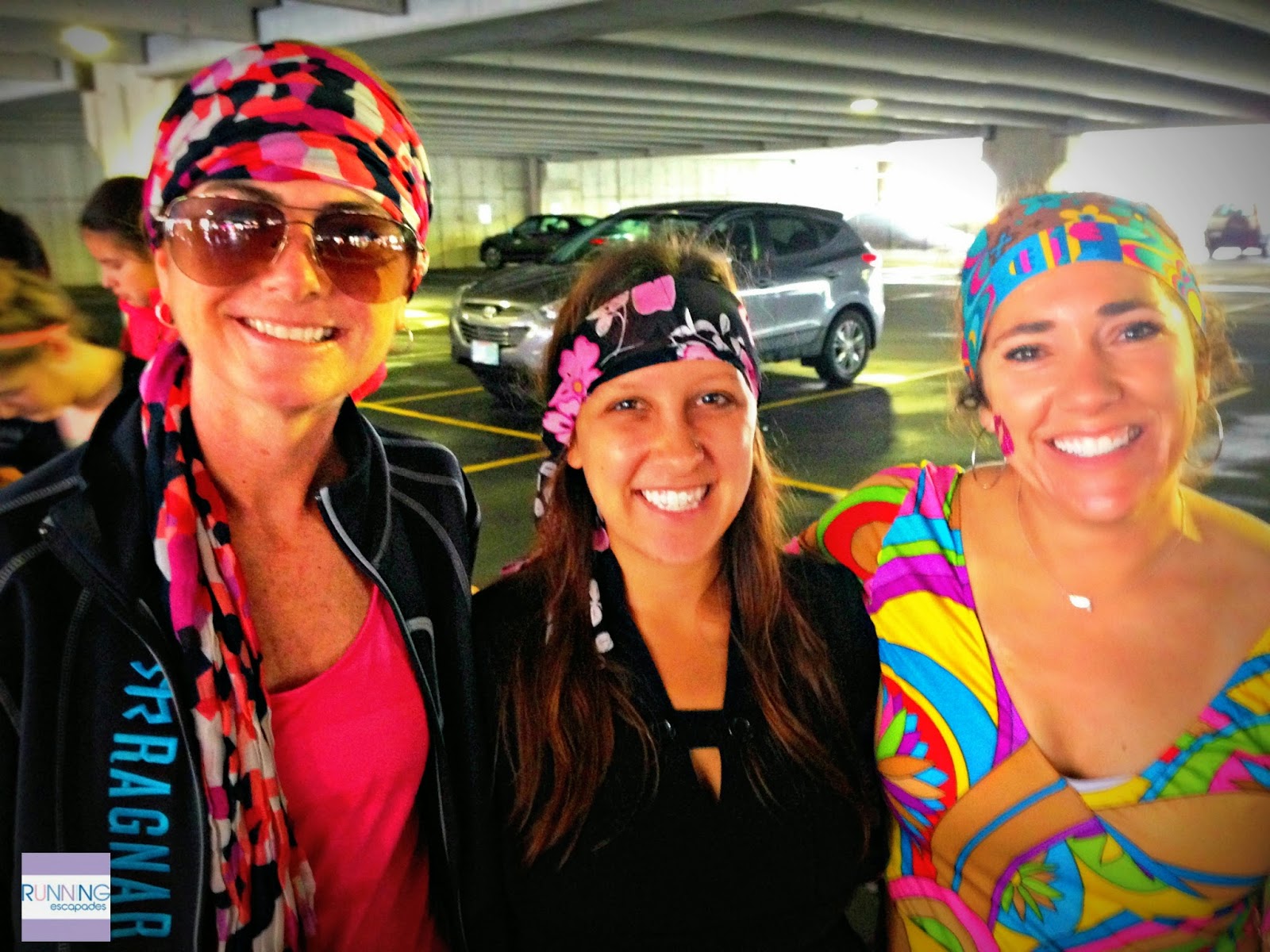 I grew up listening to disco music, so I was pumped to join the fun and play a little dress up. 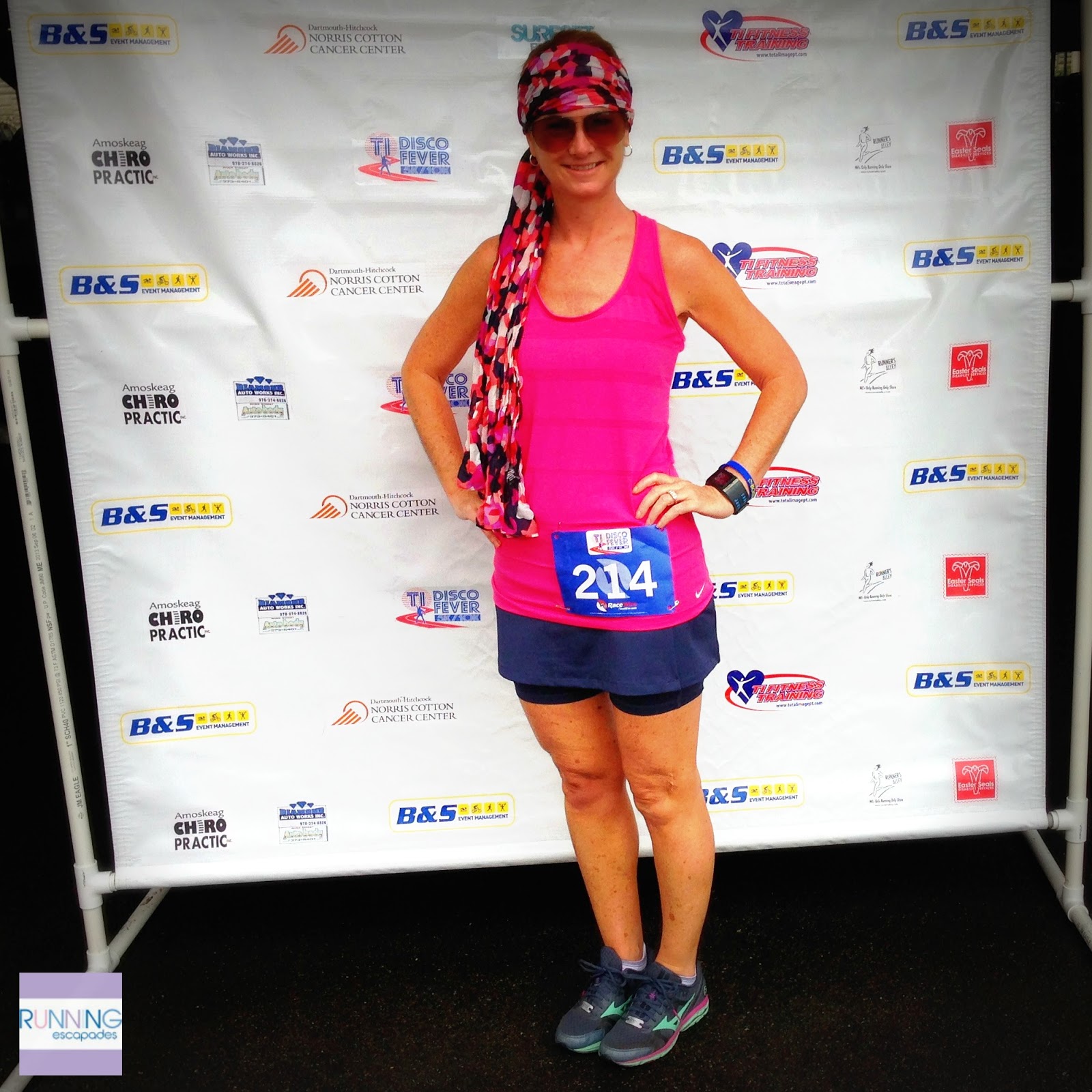 On my way to registration, I ran into some of the girls from the There She Goes Again running group and chatted for a few minutes. 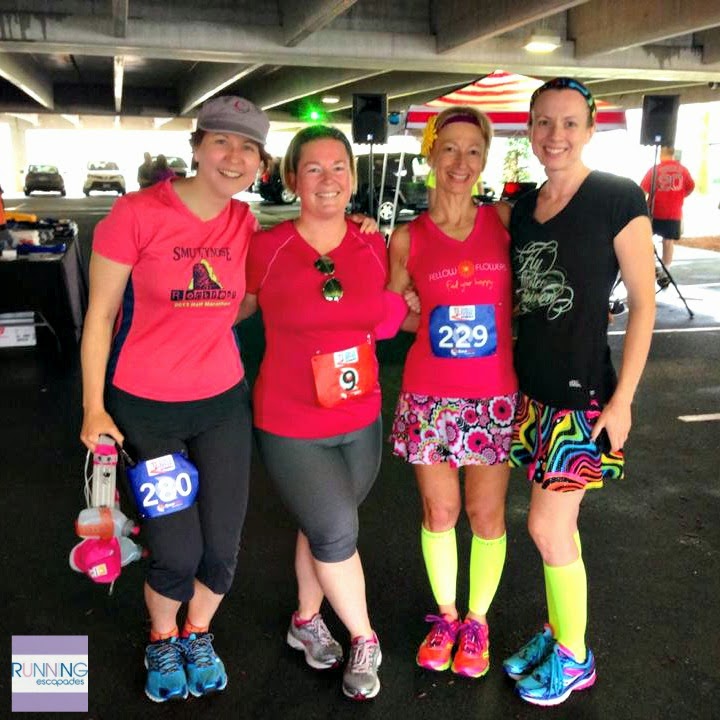 The race was held at the World Sports Grille in Manchester and pre-race booths were set up in the lower level of the garage. I love the race shirt made by b Positive, but the sizes run very small, so it's likely that I won't be wearing it. 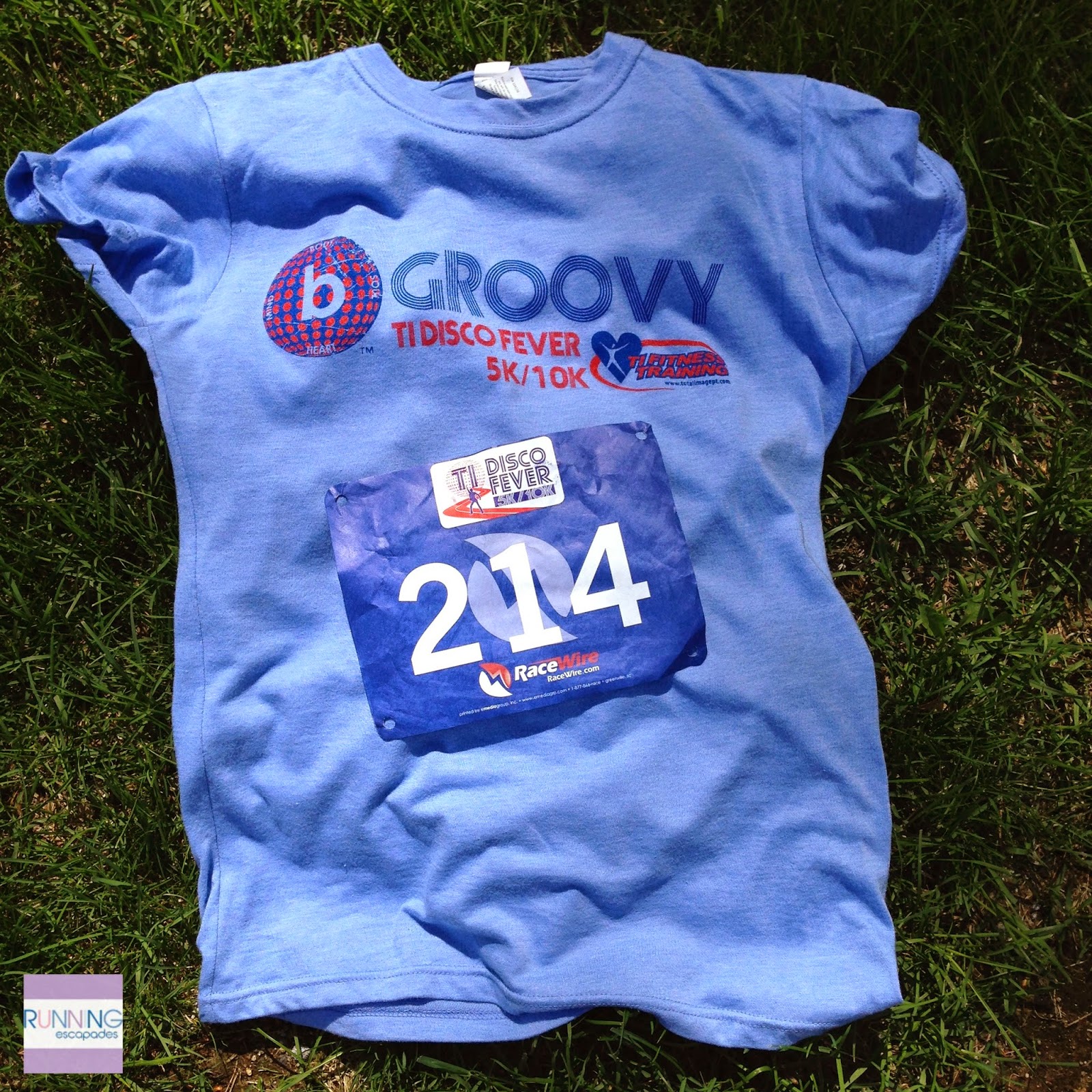 While waiting to make my way to the start line, I checked out Blue Trailer, a mobile rental locker service launched in March by a runner named Molly. Her #lockitup concept was born from the need to store items securely at a race/event. It's a great idea, especially when the weather is less than favorable at the start, your car is far away, and there's no bag check. 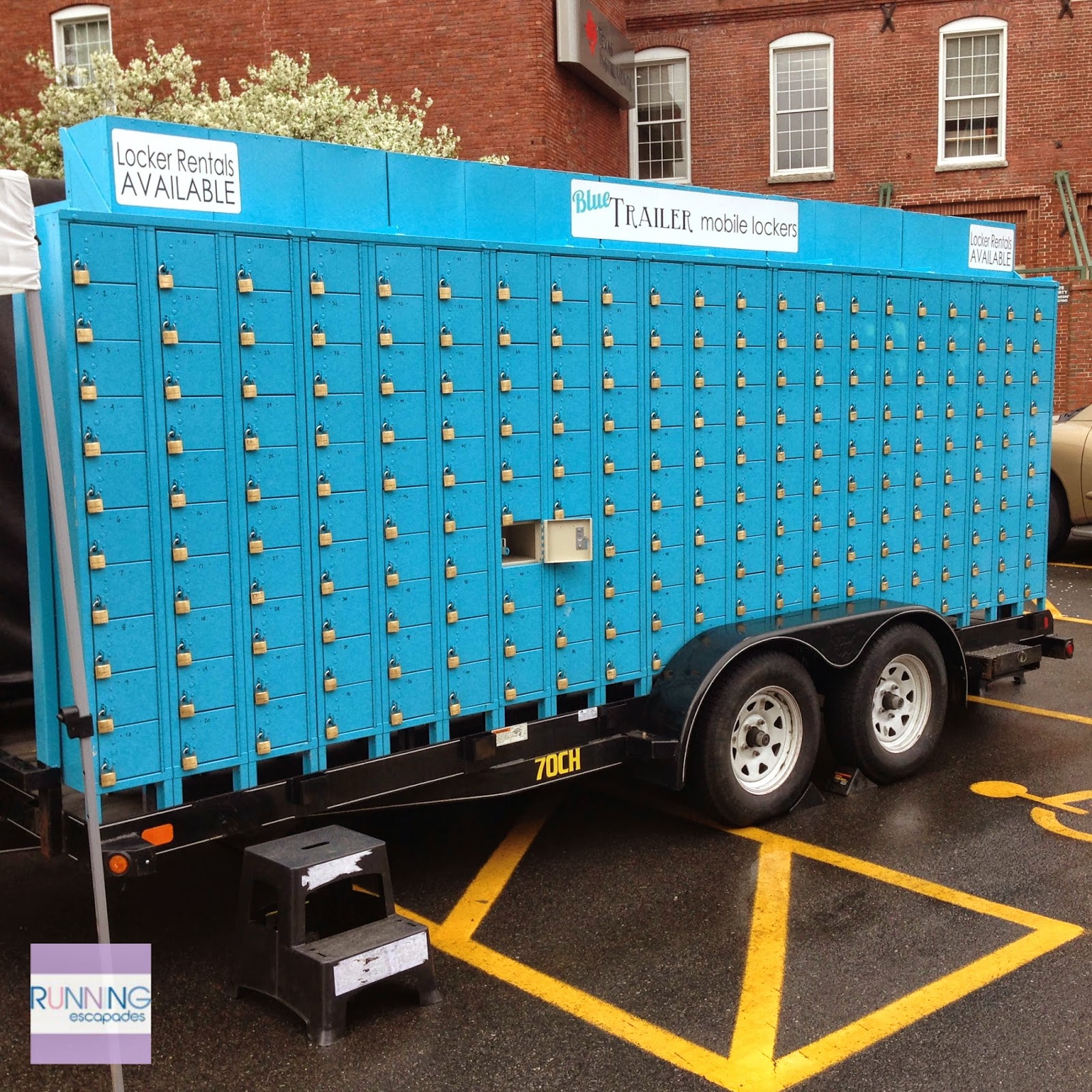 The 5K and 10K started at the same time, but were separated by about 50 yards. Both followed the same route along the Manchester Trail until just before the 2 mile mark when the 5K split off. It was fun to run along the trail since it is one of our regular choices for long runs. 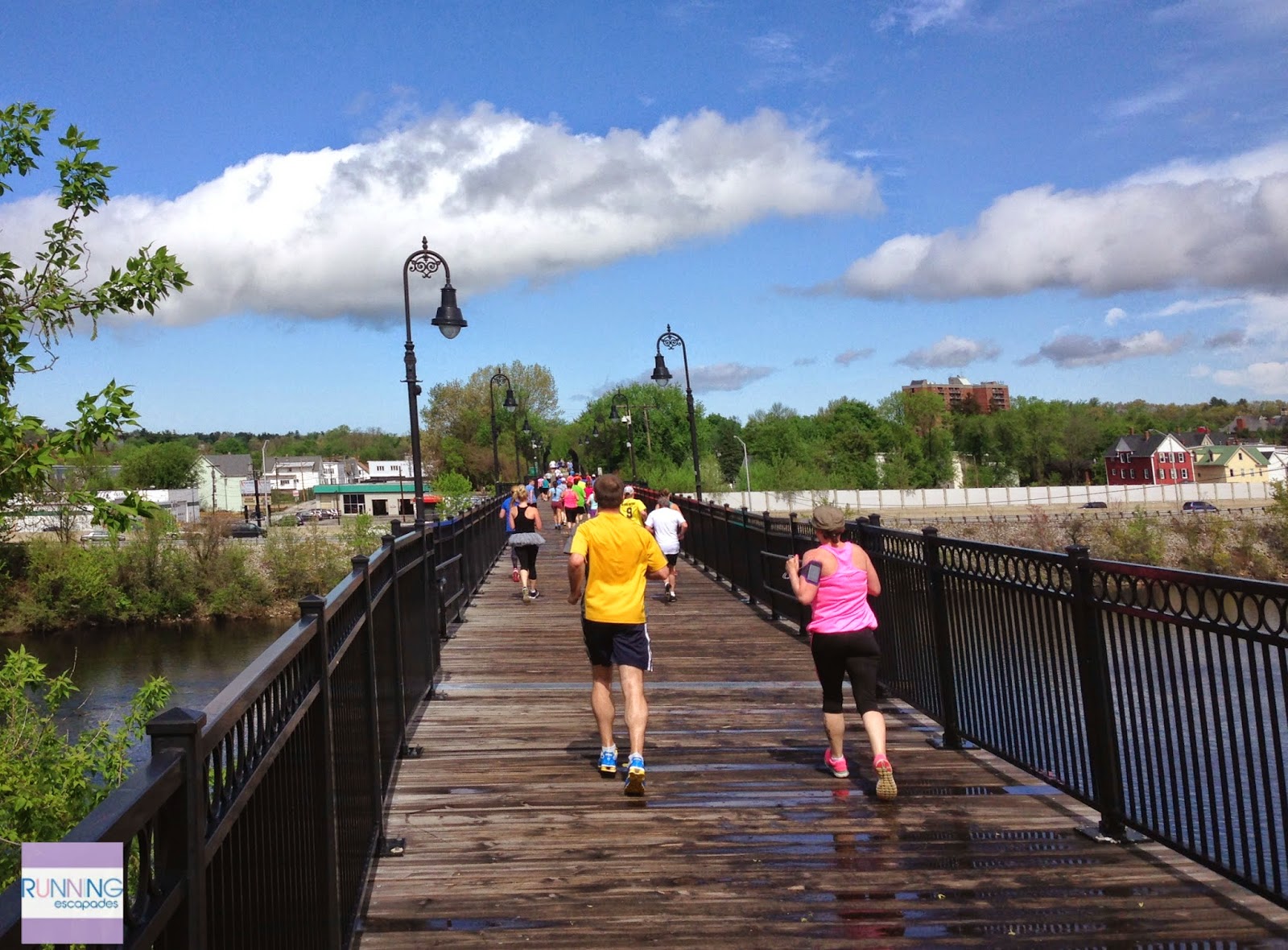 As usual, mrC joined me on this groovy adventure. We stuck together for most of the run, but he had to walk at mile 5 and I just wanted to get to the finish. 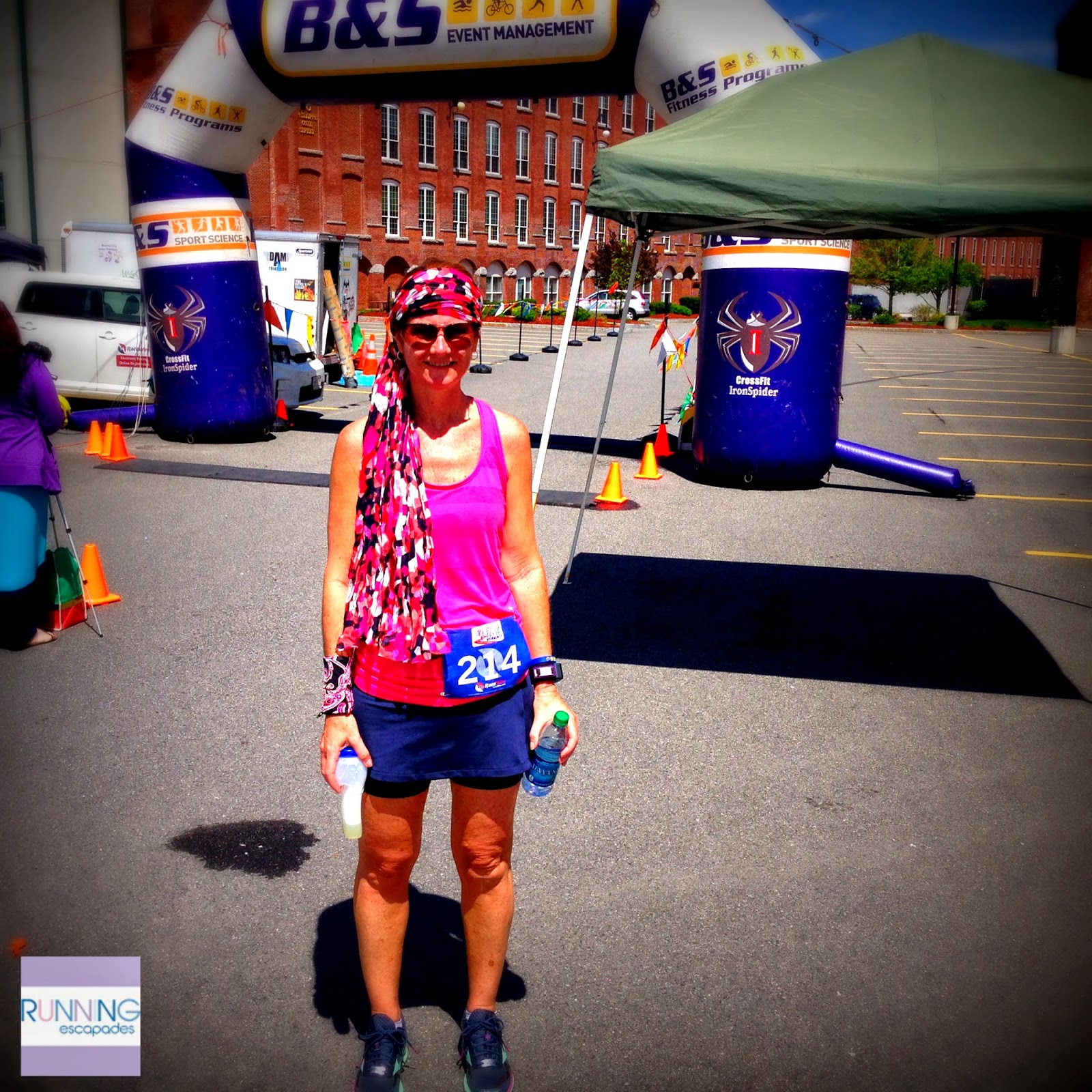 After the race, runners could immediately check results and then head over to the World Sports Grille deck for post-race live music, beverages, and food. I will definitely do this one again!