Hiking: Mui Wo to Discovery Bay

Mui Wo is one of three popular expat communities on Lantau Island (Discovery Bay and Tung Chung are the other two). One hiking trail recommendation is Mui Wo to Discovery Bay. This hike can be done point to point or the more adventurous might like to try it out and back.

My friends and I made plans to have lunch in Mui Wo and then hike back to DB. We took the ferry from Kai To Pier to Mui Wo hoping to have lunch at a Mexican spot but unfortunately it had closed. Instead we ordered from China Bear, a popular seaside pub with a good assortment on the menu. 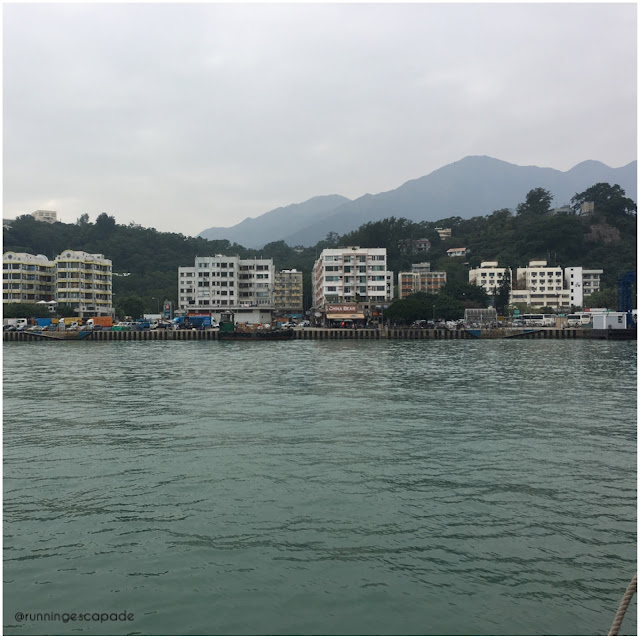 After lunch we walked past the dining arcade toward Silver Mine Bay Beach heading for the trailhead on the other side. Mui Wo was once referred to as Silver Mine Bay. There used to be six or so villages in this area and many of the villagers worked in the silver mine. 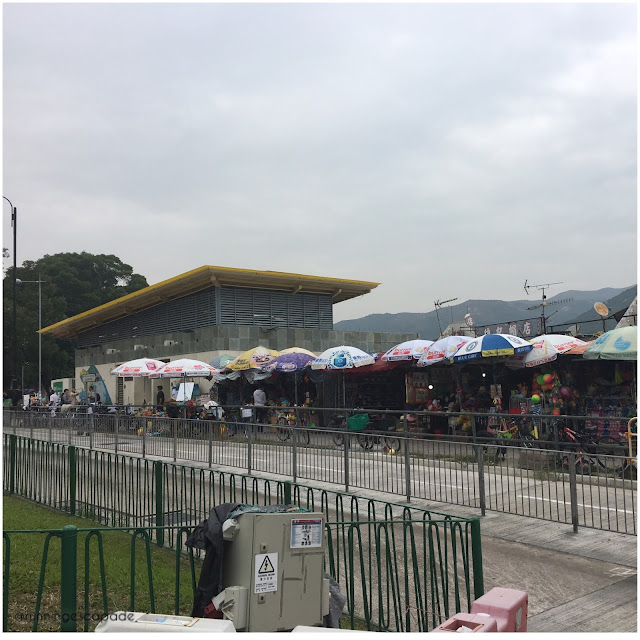 The hike starts with a serious ascent out of Mui Wo. There are a lot of stairs. While discussing the number, a man coming down exclaimed that there were "1000!" 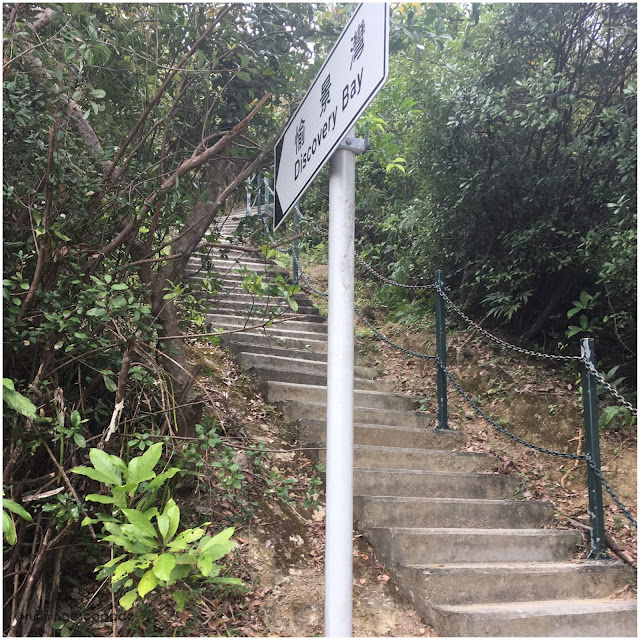 That kind of climbing gets to good viewing points quickly. It didn't take long to see all of Silver Mine Bay Beach and Mui Wo. 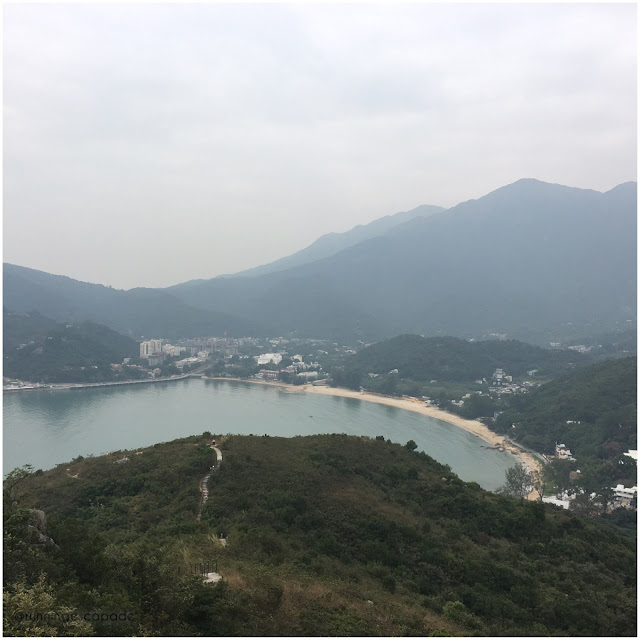 The tough climbing mostly comes to an end when we arrive at the Pavillion. Besides a nice place to sit and rest, there are panoramic views all the way to Central and Kowloon on a clear day. 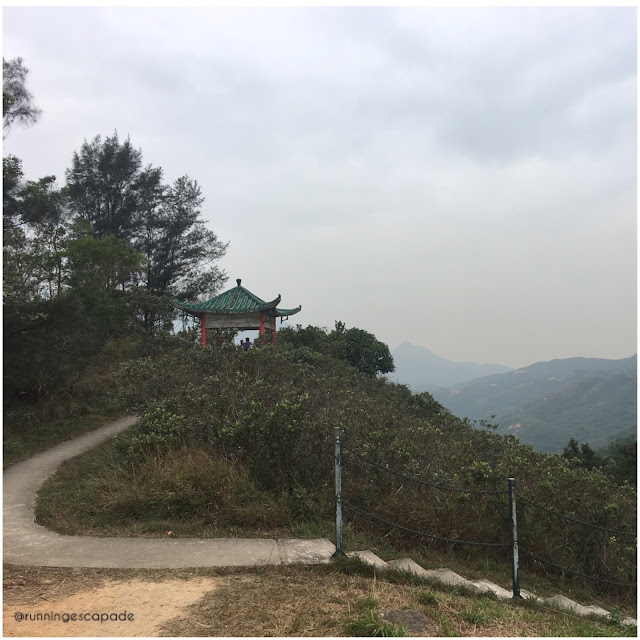 With the overcast skies we were only able to see Peng Chau island. 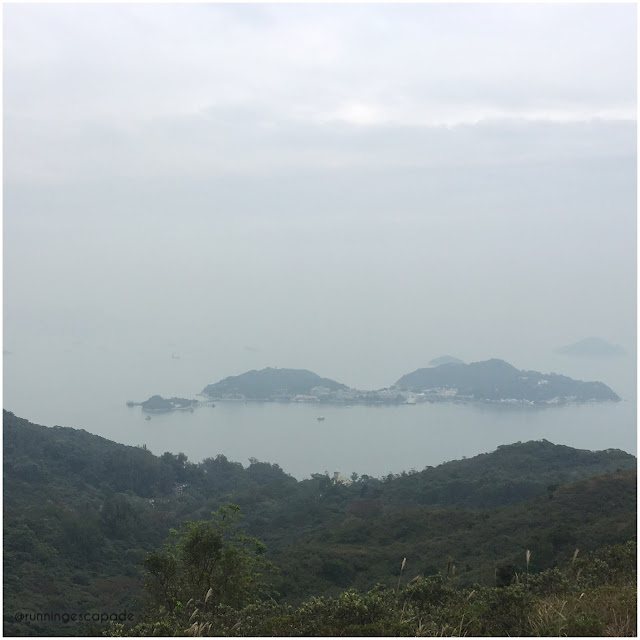 On the descent to Discovery Bay we follow the path by the Trapist Haven Monastery, a Catholic monastery built in 1950. There is a pavilion dedicated to St. Mary in the garden next to the monastery. 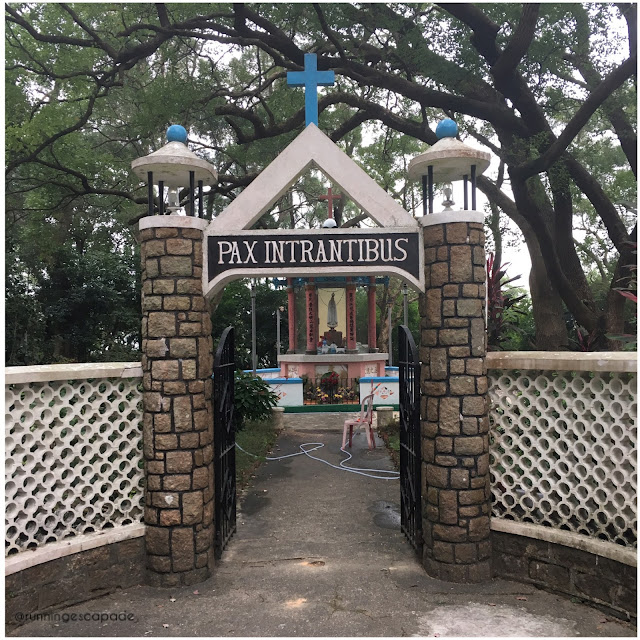 No one seems to know how this jeep ended up in Nim Shu Wan village. I should point out that this part of the island is free of personal cars. After a little digging, I found out that in the 1950's a forestry project was started by the Lantao Development Council and employed men from the village. One part of the project was building a jeep track to the upper levels of the forestry lot. Hmmm. 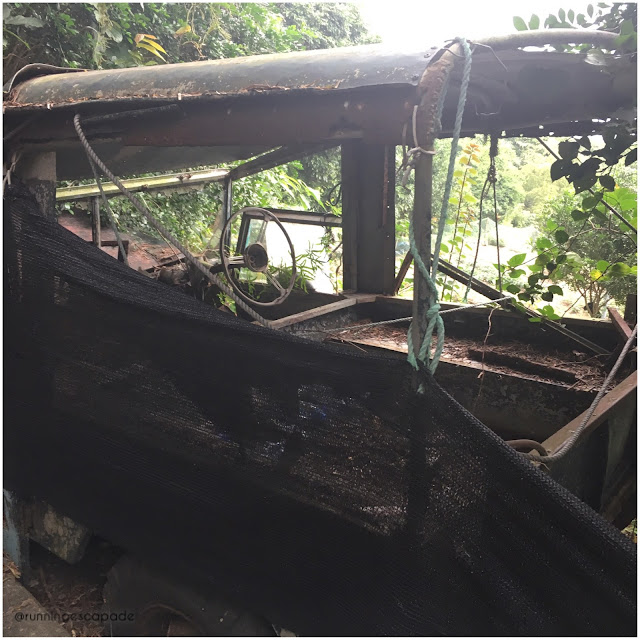 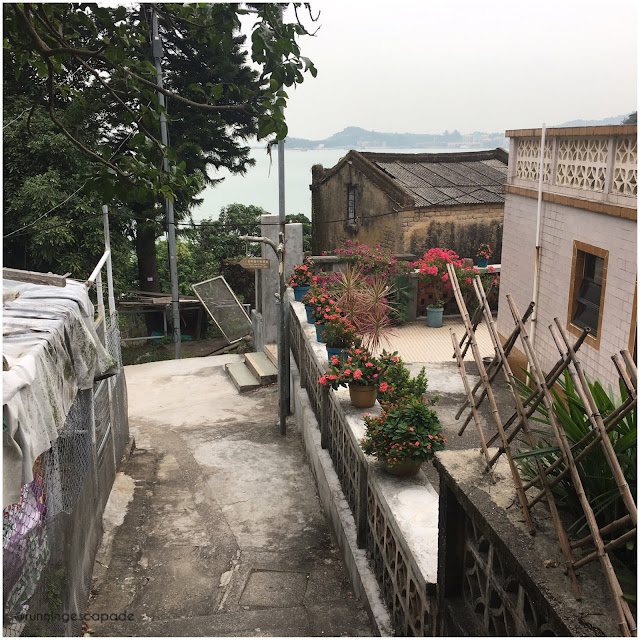 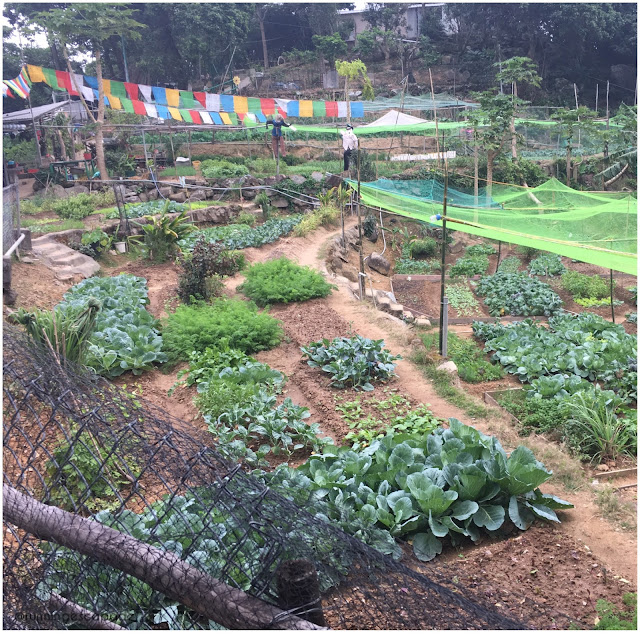 And right around the corner, we were back to the Kai To Pier where we began.

Overall, this hike was fairly easy - if you take the stairs at an easy pace and it's not the hottest days of summer. It was a little more than 3 miles and it took our group about 90 minutes. I have heard that it is easier hiking DB to Mui Wo, but I felt pretty good walking off my lunch. Plus, we all just continued our walks home since we live in DB.

Other hikes I've written about: