A couple of days after the Mui Wo hike, my new friends showed me another popular trail in Discovery Bay, Tiger's Head.

This was the hardest hike I've done, besides climbing a volcano in the dark in Bali.

The hike can start two ways: 1) climb to Lookout Point and then continue to the Tiger's Head trail head or 2) walk up Discovery Valley Road to the trail head. We choose option #2.

The start of the trail was pretty painless and even offered great views of the final destination off in the distance. 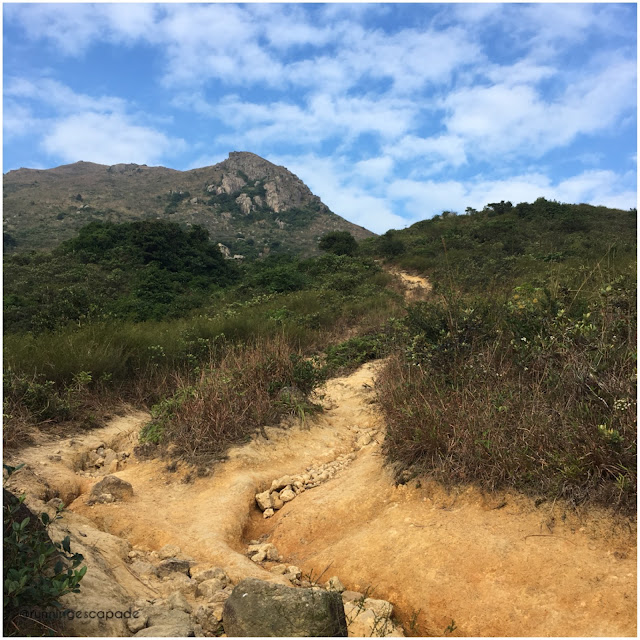 Pretty soon the friendly incline and well defined dirt trail became a bit more tricky. More rocks were scattered on the trail and it started to feel like a climb and less like a walk. 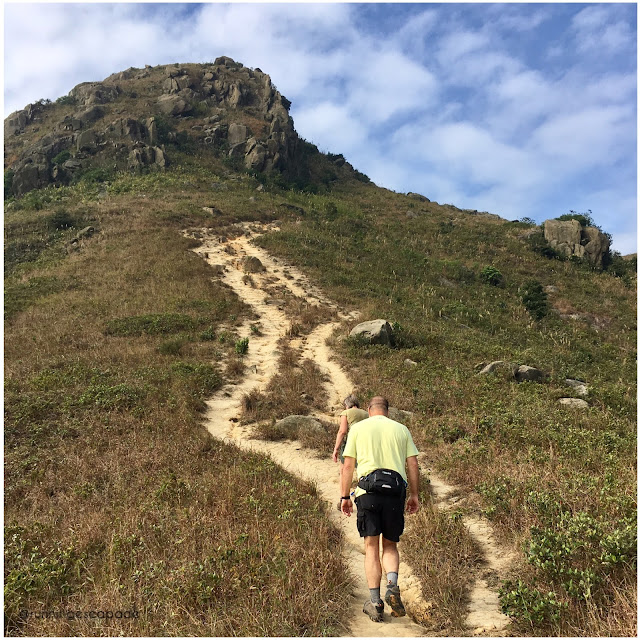 At some points the trail was also a bit overgrown (we would later run into workers trimming back the trail). It didn't interfere too much with the ability to hike, but I kept thinking about what animals might be hiding in the brush! 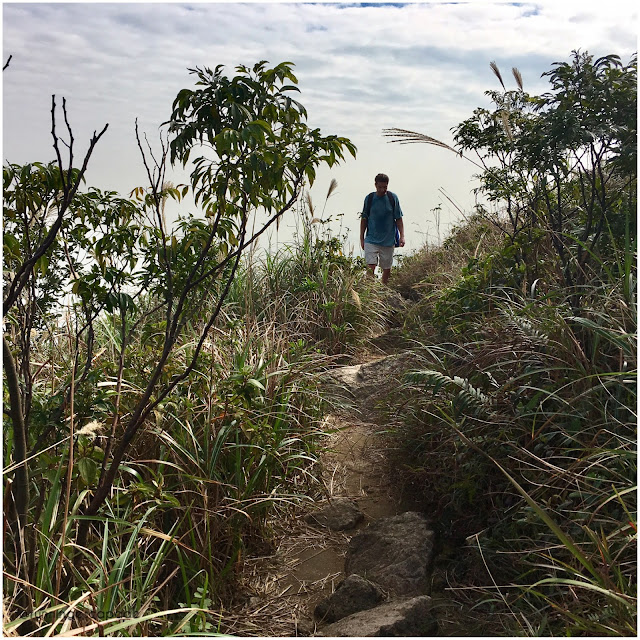 The last push to reach Tiger's Head Peak was the hardest. The trail was very steep, significantly uneven, and may have caused me to wonder once or twice what I had gotten myself into. However, about five minutes after reaching the top, I forgot all about the climb. The views of Discovery Bay and the rest of Lantau Island were just stunning.


An additional little climb got us to the summit (with more great views!) and connected us to the rest of Lo Fu Tau (Tiger's Head in Cantonese) Country Trail.


From the summit we got a view of the ridge trail that would be our way back down to civilization. From here the trail looked nice and easy ---> read on to see what it was really like! 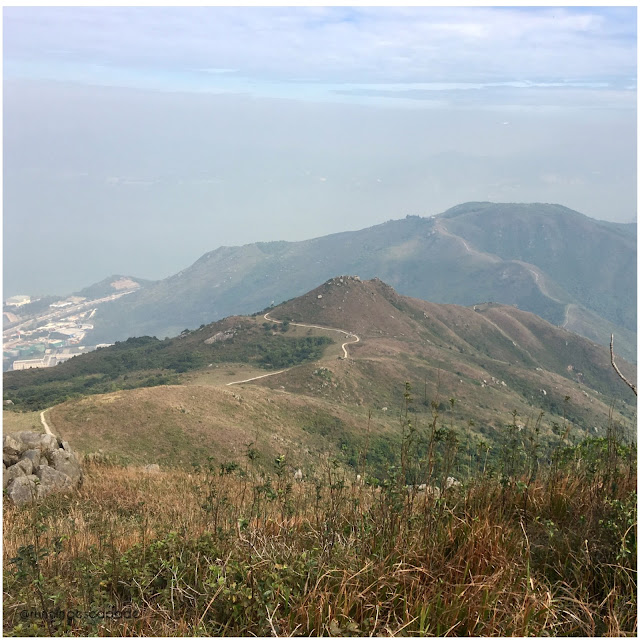 Lo Fu Tau Country Trail skirts the edge of Lantau North Country Park which conveniently places distance markers and maps at the trail heads. From Tiger's Head we could follow the trail all the way to A Po Long (the starting point) and then take the Olympic Trail either to Tung Chung or Mui Wo. 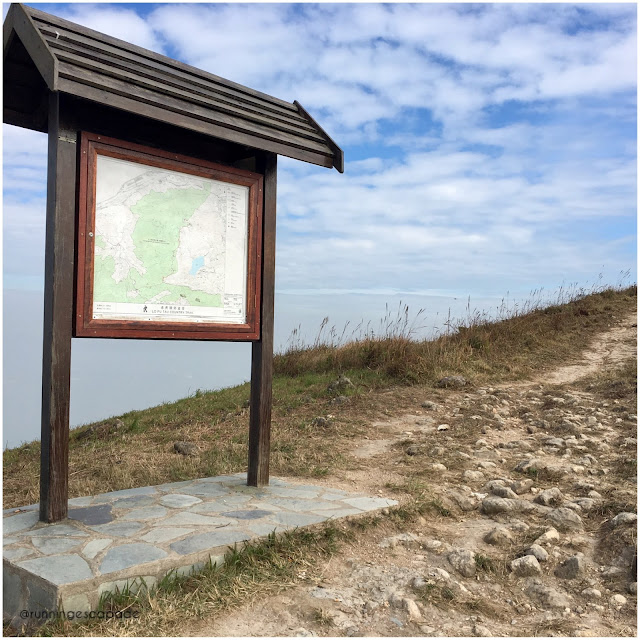 We decided to loop back down to DB using the ridge trail. This is considered an unmaintained trail (although someone obviously does care for it) so hikers are on their own meaning there are no markers or maps along the way ---> at least none that we saw or that I could find online.

Most of the trail was a rocky dirt path with steep descents at times. It was not as fast going down as the view earlier suggested it would be. 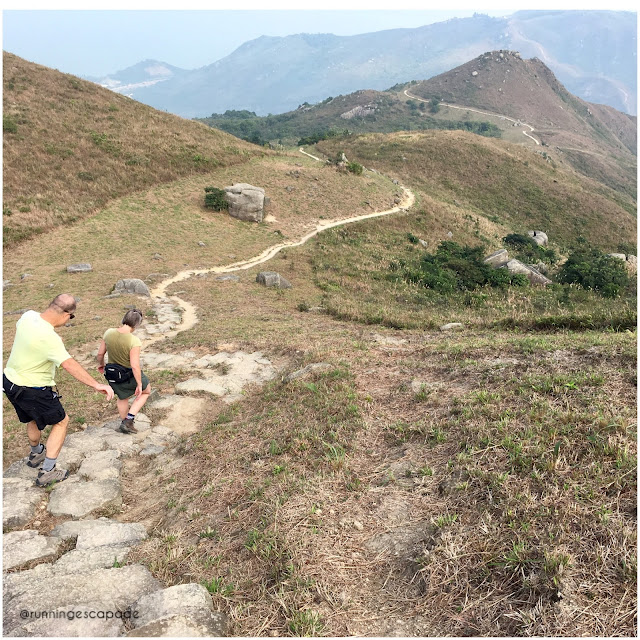 We saw some interesting rock formations along the way down. Some were large enough to climb up on for those important I didn't do it unless I have a photo moments. 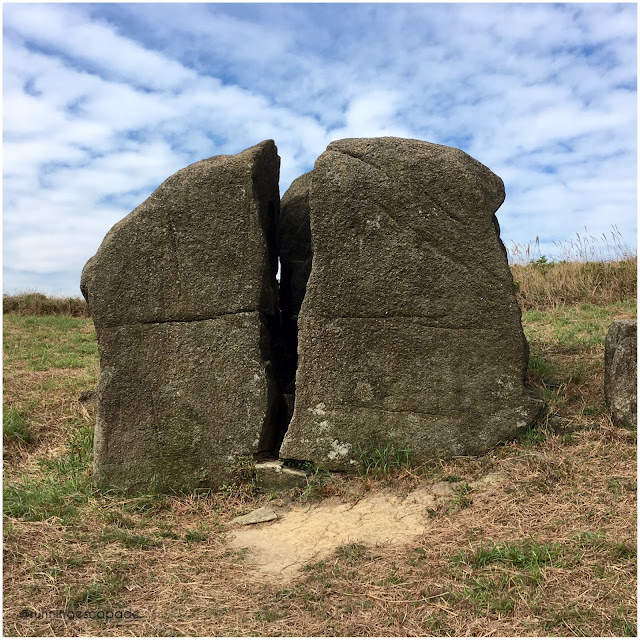 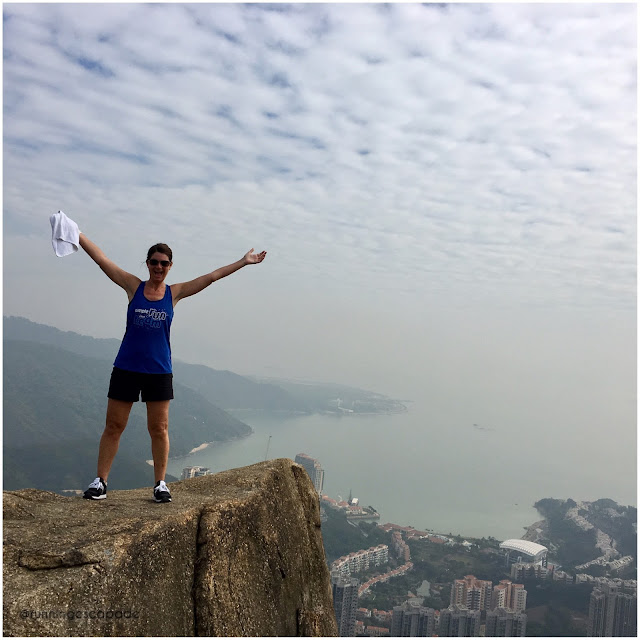 Eventually we took a path on the right. Before heading down I looked back at how far we had come from Tiger's Head and the summit of Lo Fu Tau. I was feeling pretty good about that effort. 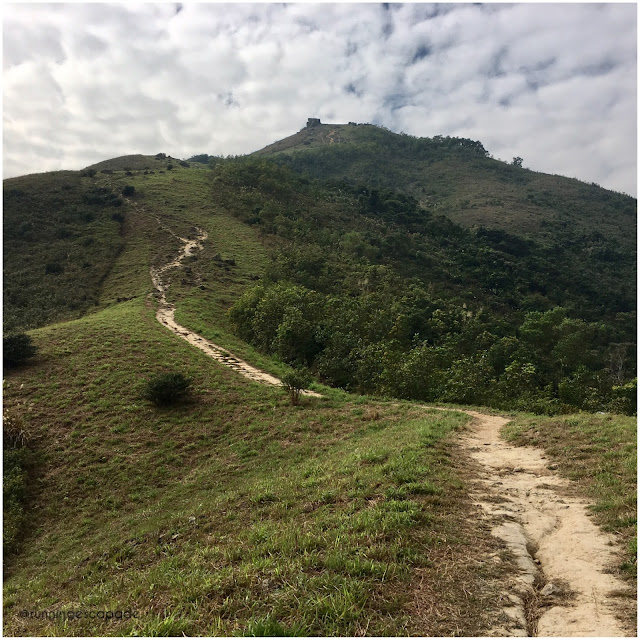 The last part of the trail was overgrown and so steep I had to get down on my butt at times. I started to reconsider how good I was feeling just moments before up on the ridge. But thankfully the path leading us down into "The Greens" village of Discovery Bay wasn't too long and then it was high fives all around. 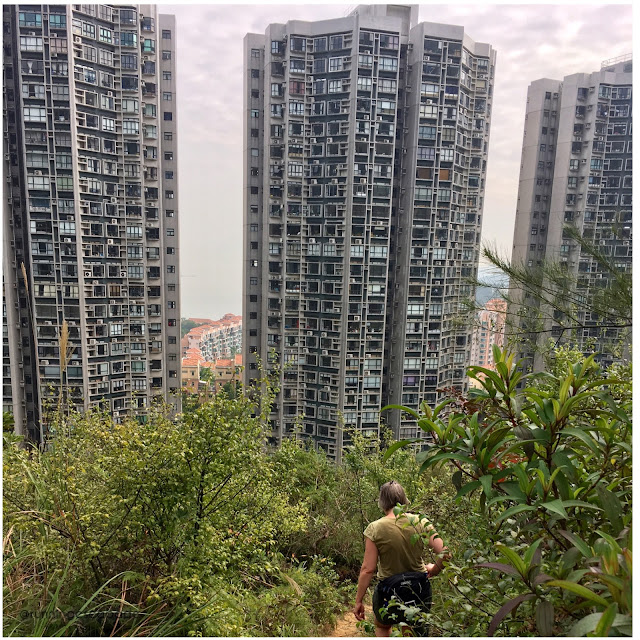 This is a good trail for hiker's ready to transition to something more challenging. The trail distance was just about 3.5 miles and took us about 2 hours. The elevation gain is around 1400 feet. The hard parts are relatively short, but if you have bad knees you might want to bring a hiking stick.