There's Just Something About Mondays 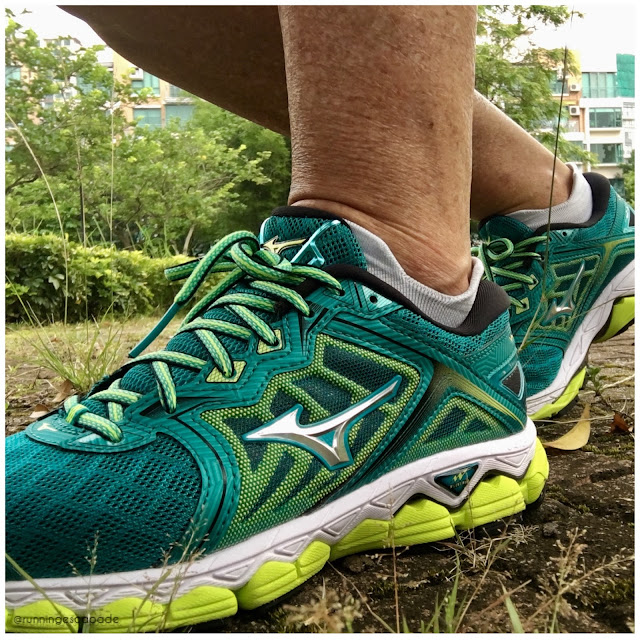 Sprint ladder and Tabata. I have to admit I was looking forward to my FASTer Way to Fat Loss® workout when I read the schedule for today. The last two weeks I had to miss my low carb speed burst workouts for one reason or another. There's just something about starting the week with a good, tough workout.

After Skyping with my dad and stepmom, I headed to the fitness center. mrC had some errands, but he walked me there. I jumped on a treadmill for the first part of the workout: sprint ladder 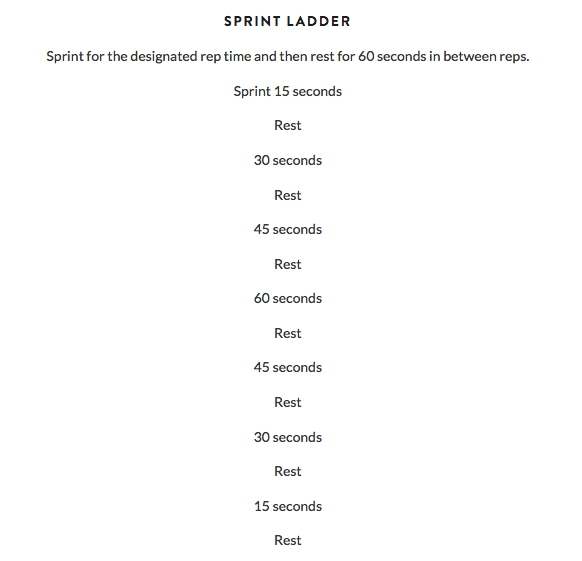 I was going to do this outside on the promenade, but thought it would be too hot. It wasn't so bad on the treadmill. It probably would have been harder outside, but it felt good to sprint. After the last sprint, I continued an easy run for about 10 minutes more. I was surprised at the end to only see a total of 1.56 miles, but I did walk the rest between sprints. It gives me a goal for next time to try to run the rest breaks. 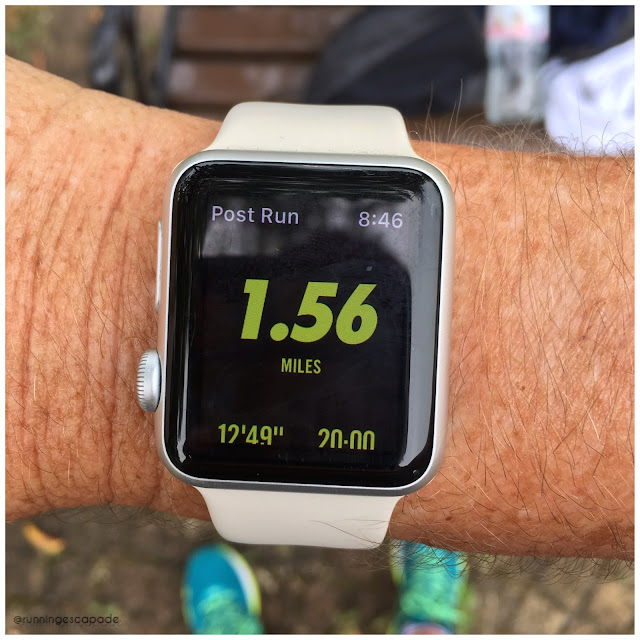 I looked around the fitness center for a place to do my Tabata workout and came up empty. It's really my only complaint about the place. I wish they had a separate room for floor exercises or yoga. I headed outside thinking I would try to find a space or go back to our tiny Hong Kong apartment and do it. I texted mrC to let him know that I was attempting to do this part outside and if it was too hot, I would go home. I found a great little area just around the corner from the fitness club front door that looked promising. 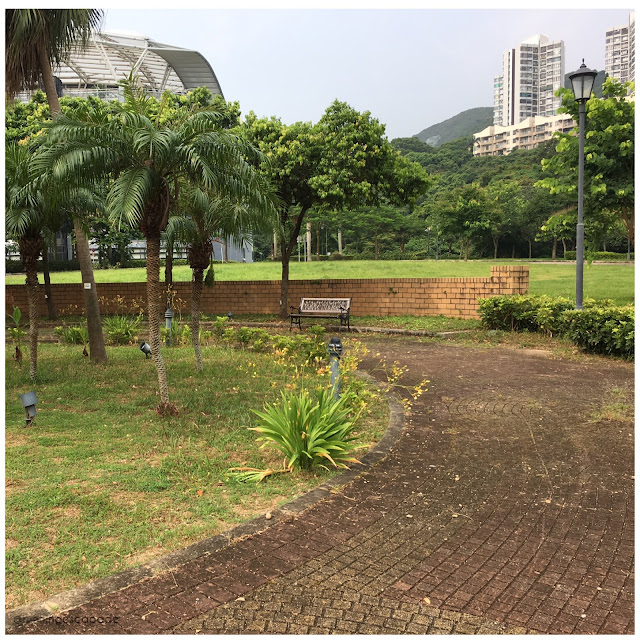 Ironically, I ended up doing the whole Tabata workout outside. The bench was a perfect spot. I could put my bag and water there while the Interval app on my phone guided me through the exercises. 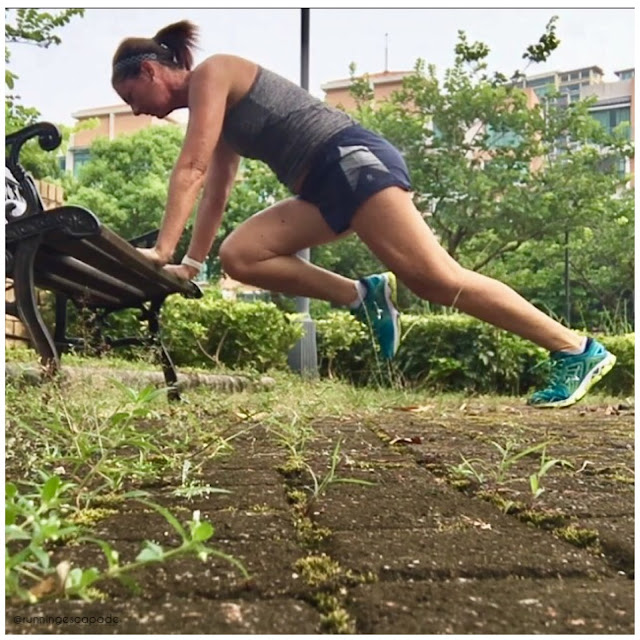 At the end I was so sweaty that my hair looked like I had just stepped out of the shower and I had my typical very red face. I wish I had braved the warm weather and done my sprints outside, but now I know that I can. Other than that, I was feeling pretty awesome about today's workout. 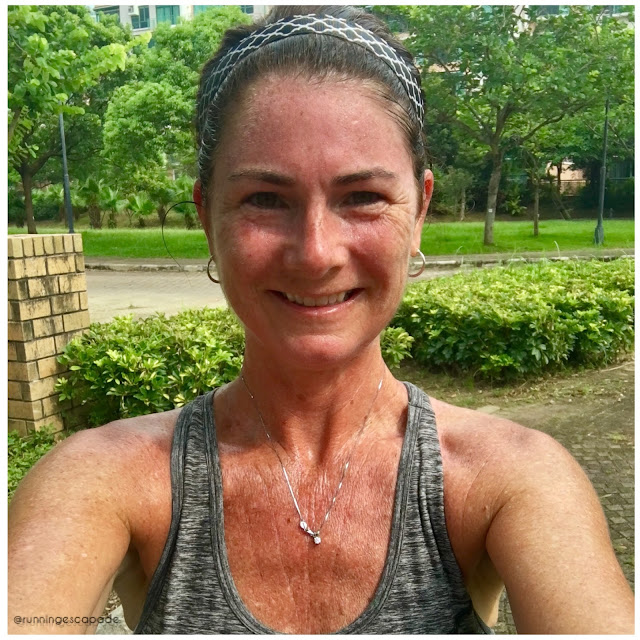 I was going to walk back to the apartment (which means up a very big hill), but the bus came just as I was walking by the bus stop. I figured it was meant to be and took the bus. After a shower, I spent the rest of the morning working on my Hong Kong Host duties and then watched Big Brother.

PS - I re-read my workout schedule and the sprint ladder had been removed from today's workout! 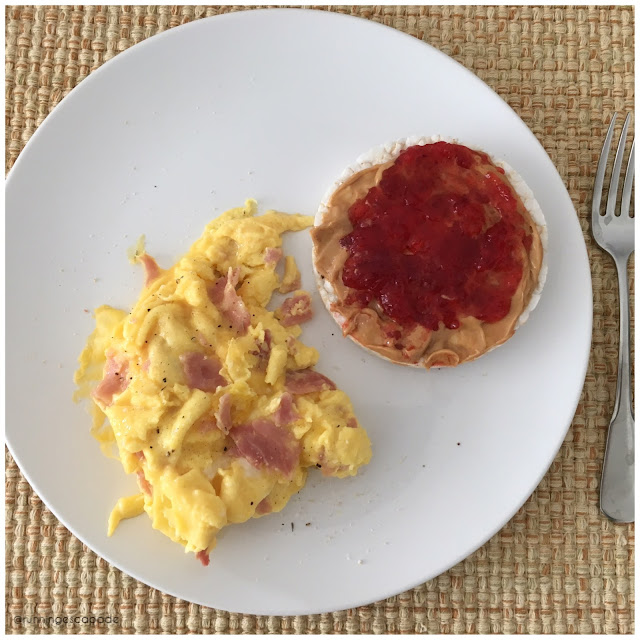 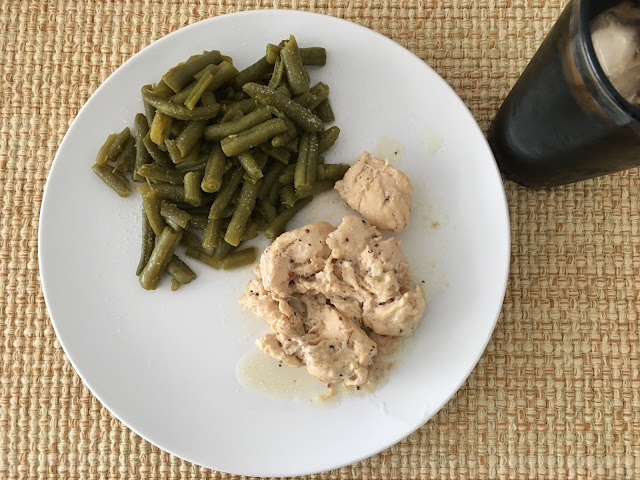 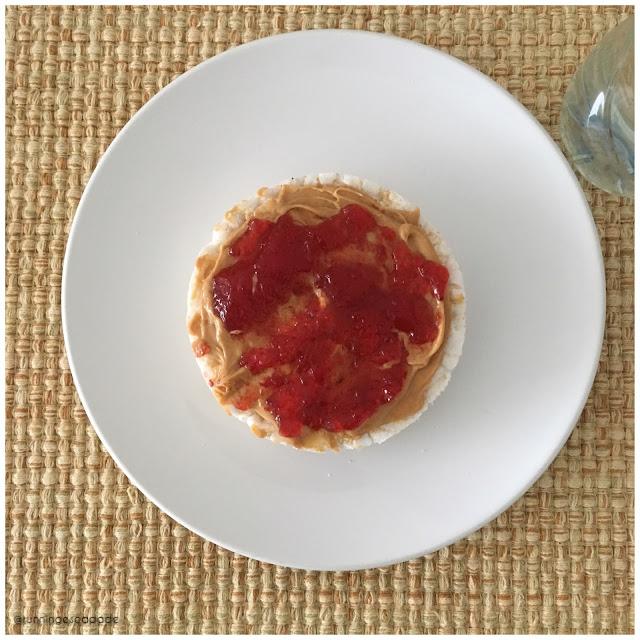 Do you look forward to your Monday workout?
Where would you workout: small indoor space or warm outdoor space?