Hiking: Discovery Bay to Mui Wo via Tiger's Head

Just two days after hiking Dragon's Back, the kids decided that they wanted to tackle Tiger's Head ---> a peak that looms over us here in Discovery Bay. The name Tiger's Head comes from how the peak looks from the top - what do you think? Does it look like a tiger is watching over DB? 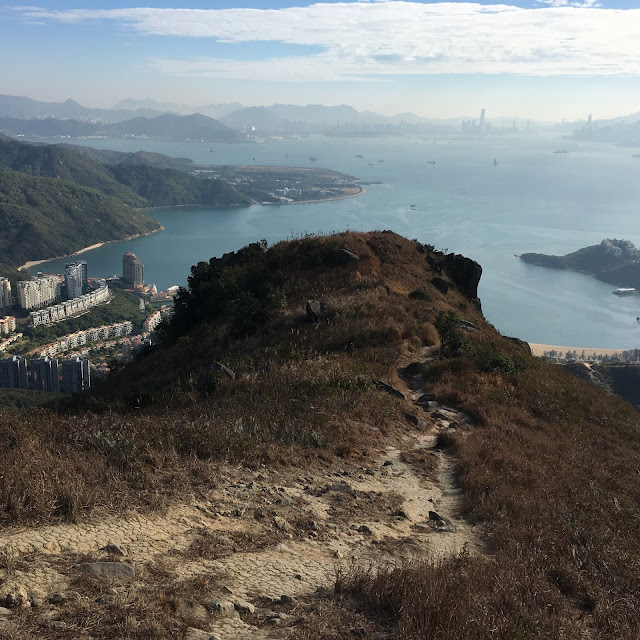 The best way to describe our hike from Discovery Bay to Mui Wo via Tiger's Head, is to break the 9km into three parts:

The first 3km was all climbing and I mean serious climbing right up to Tiger's Head peak at about 460 meters. It is hard work (made easier than our first time by the cooler weather) and in some places it feels like you are going straight up. But if you take breaks, it is completely manageable. 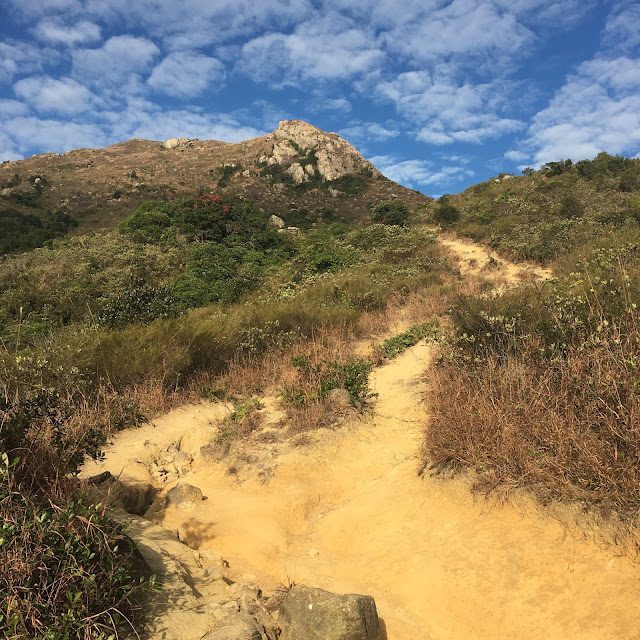 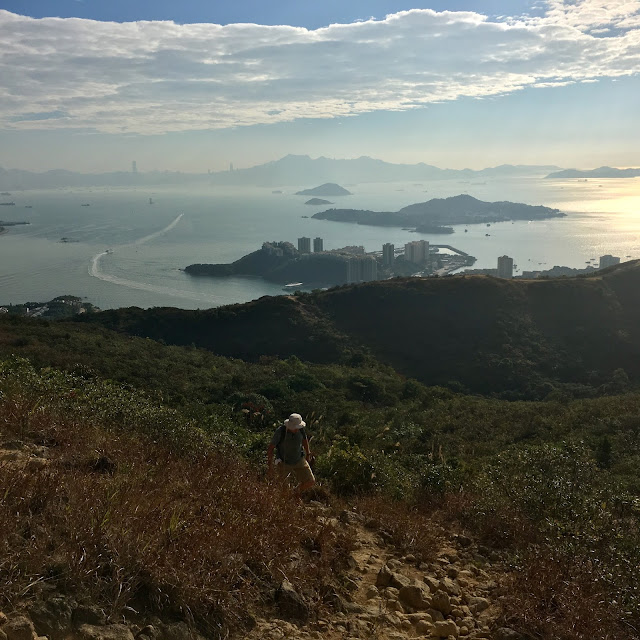 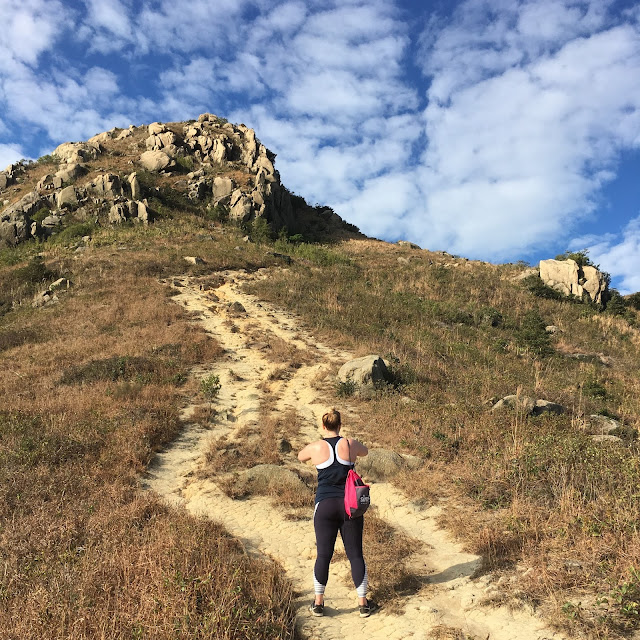 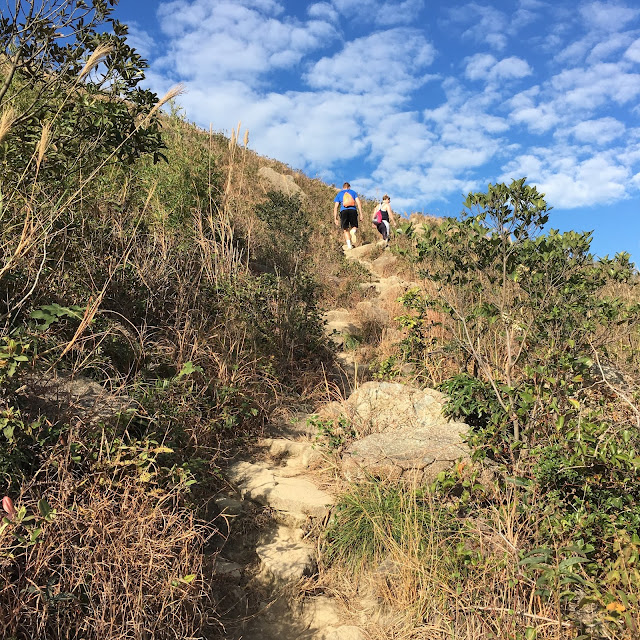 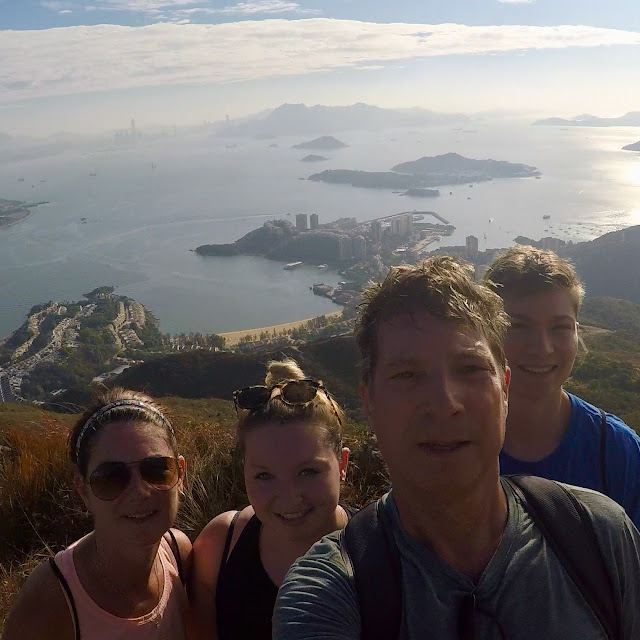 Lucky for us, we had a beautiful day to hike. The reward for the climb is the amazing views, especially once you push past Tiger's Head up to the ridge of Lo Fu Tau Country Trail. 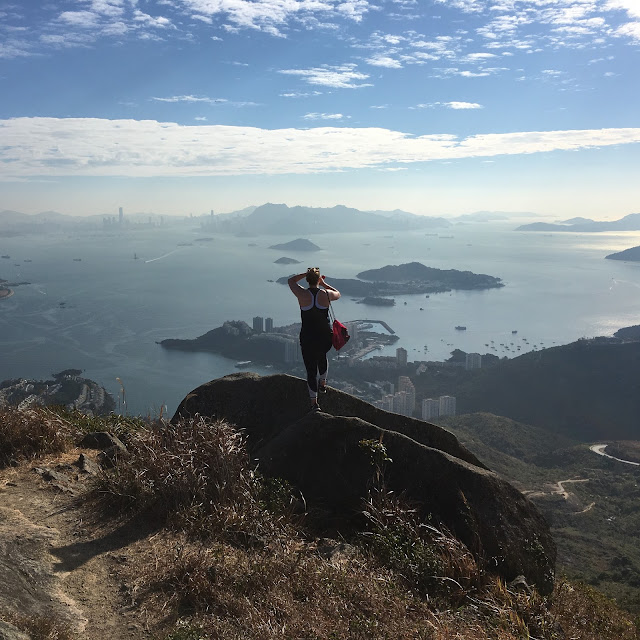 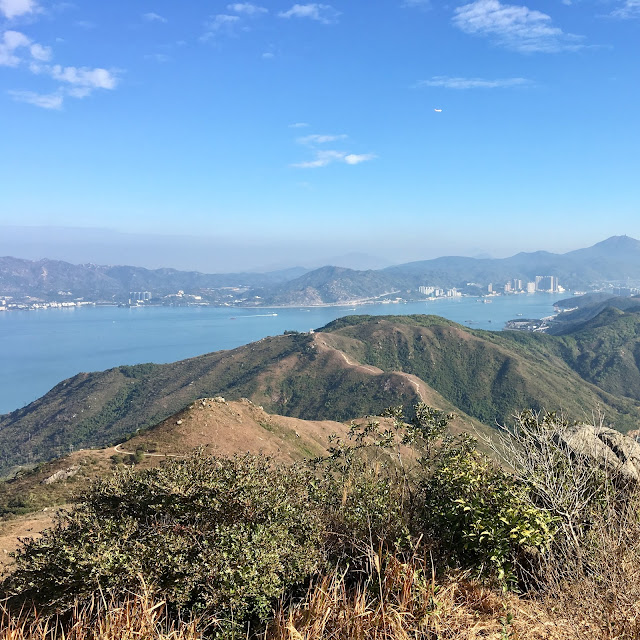 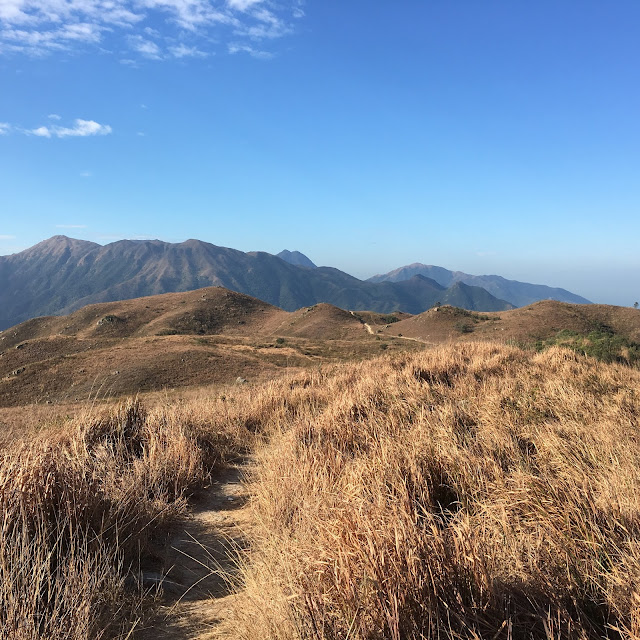 For the next 3km we followed the Lo Fu Tau Country Trail across the ridge to its beginning. This part of the hike was pretty easy since the trail was mostly flat. We soaked up the views and the sun and didn't even let the crazy trail runners bother us ;) 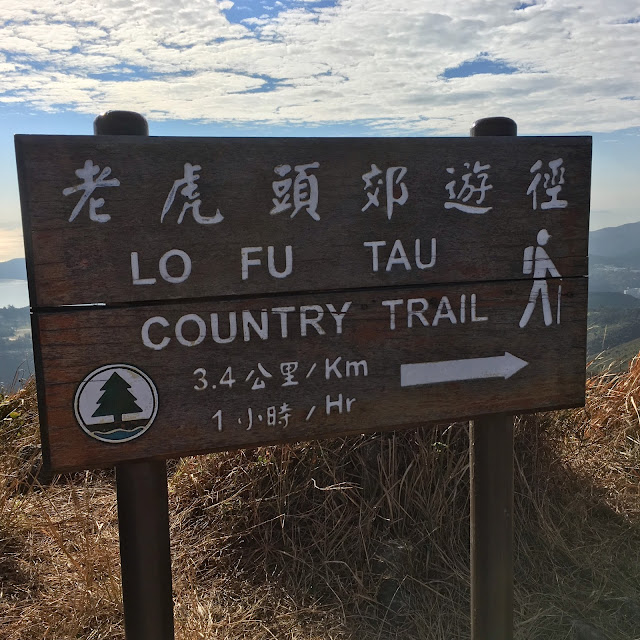 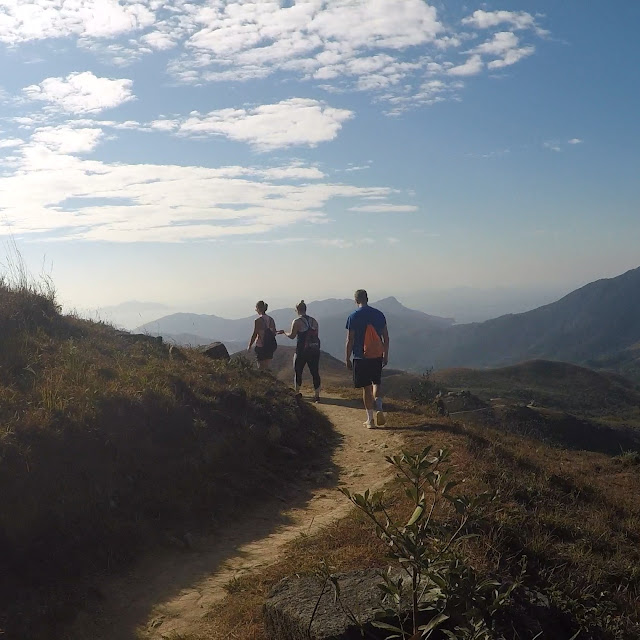 Along this part of the trail we found the famous rock formations: turtle rock, sword sharpening rock and peach rock. According to online articles, none of these are man-made although they look like it. 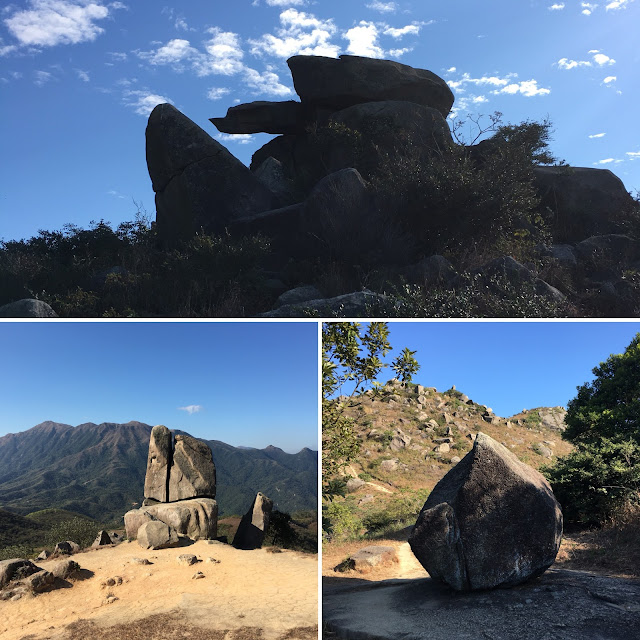 The final 3+km began around the junction of Lo Fu Tau Country Trail and Olympic Trail. We took a short snack break at the pavilion before starting our descent into Mui Wo. 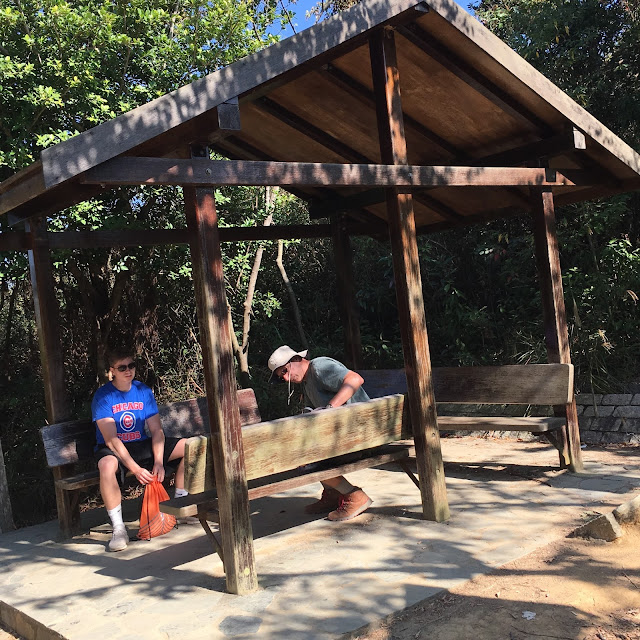 On this part of the hike there is lots of shade, at times it felt like we were walking through a forest. We spent a few minutes at Silvermine Cave and Silvermine Waterfall Garden before finishing up in Mui Wo. 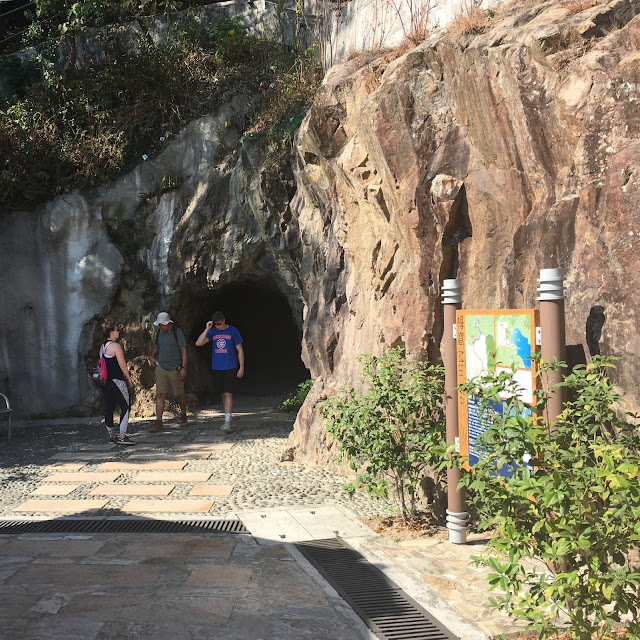 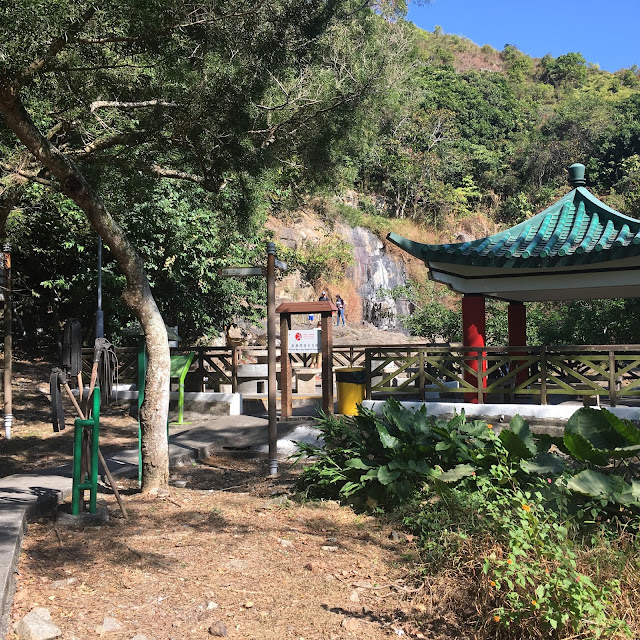 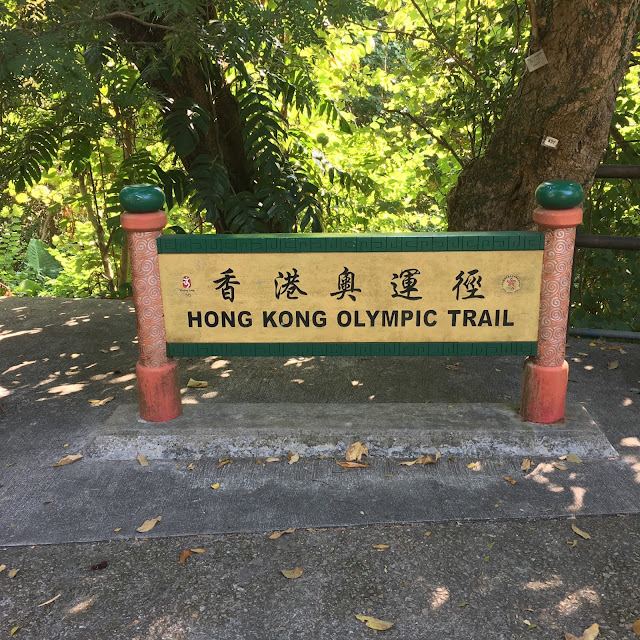 We celebrated our hard core hiking skills with lunch at our favorite spot in Mui Wo, The Kitchen.