On Sunday my husband, my running partner, and I ran the inaugural Snowflake Shuffle in Bedford, NH. The weekend blizzard did not keep Millennium Running from putting on another fantastic, new event. 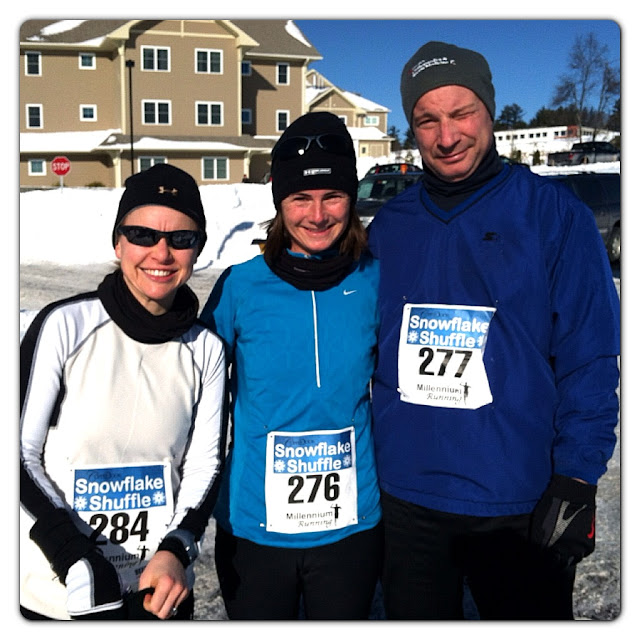 Once again Millennium Running had a sold out event. Check-in for bib and hoodie pick up opened at 8 AM for the start at 9:45. Despite more than two feet of snow falling less than 24 hours prior, the race site was in good condition and ready with the staple tents, pace markers, and port-a-potties. 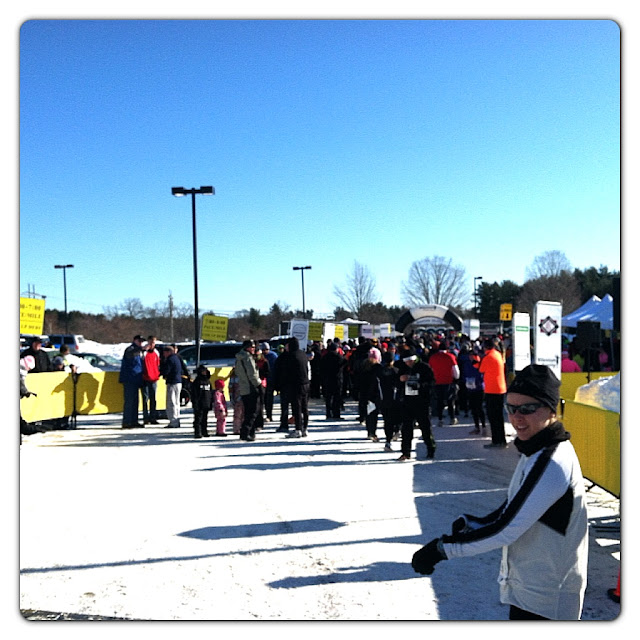 Hundreds of runners were willing to brave the 14 degree weather, and at exactly 9:45 the organizers sent us on our way. The out and back course was mostly flat with one short challenging climb up a cul-de-sac just passed mile two. The city of Bedford provided police detail along the nicely plowed, closed roads, a few spectators braved the cold and sprinkled the course, and water was provided halfway for those that worked up a thirst. 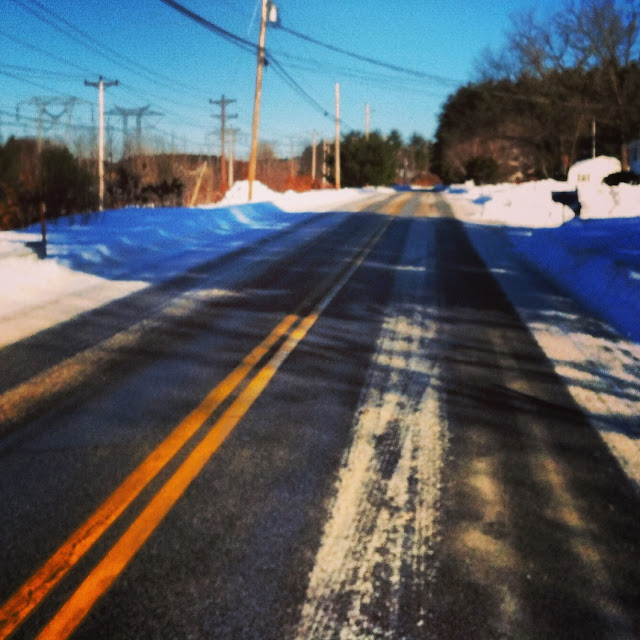 The $30 registration fee included an awesome hoodie and post race pasta, bread, cookies and beer provided by the title sponsor and local restaurant, The Copper Door. Friendly faces served up plates of food and solo cups of Sam Adams. 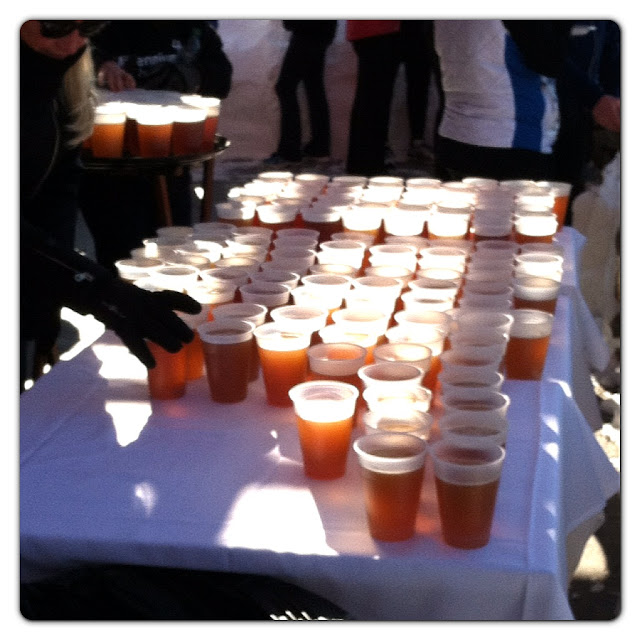 For runners like me who hate to wait for official results, MR offered instant, personalized results at the finish line displayed on 2 flat screen TV's mounted on the Millennium Running Timing Trailer. All runners needed to provide was the bib number. 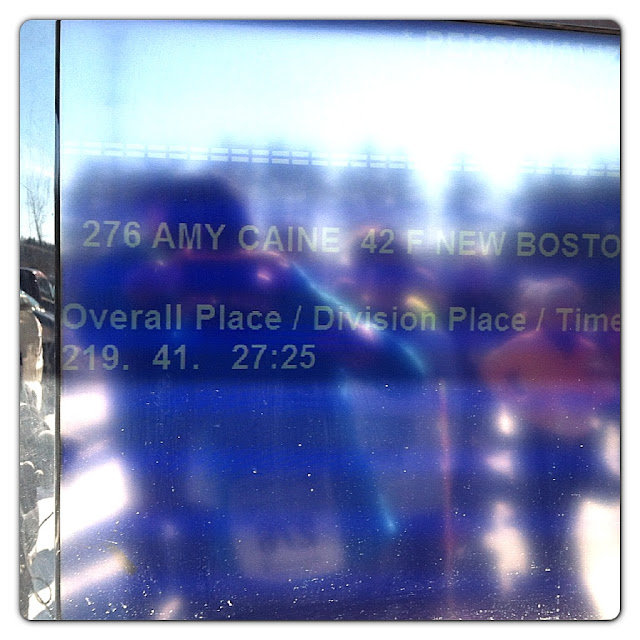 You would never know that this was the first running of the Snowflake Shuffle. Millennium Running did a flawless job organizing the inaugural event especially in light of the historic nor'easter. They even went the extra mile by arranging shuttles for runners forced to use overflow parking lots when mountains of snow encroached on space. 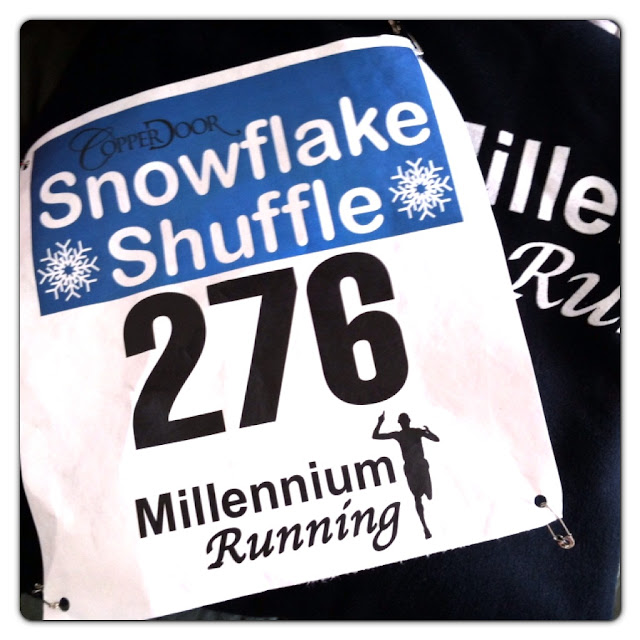 This 3 mile fun run was not the first inaugural event that I have been to. Surprisingly, I have been to many. My first half marathon was also Providence's first Rock-n-Roll event. I was part of the first run across the Pell Bridge in over 25 years and I joined over 2000 Santa's running down Elm Street. Last fall I helped kick off a new Cape Cod race as a ZOOMA ambassador.


Have you ever participated in an inaugural event? How was it?