At the end of the year, runners automatically start planning ahead and I am no different. With my name in the lottery for NYC in March and Half at the Hamptons as a back up at the end of February, I knew I would be doing some long runs in January and February.

So in November when I read about the Mid-Winter Classic 10 Miler in Cape Elizabeth (outside Portland), I couldn't pass it up. Only a 2 hour drive from our little piece of the world in NH and a match with my training schedule, made this small local race a great choice. Early registration was only $20 with a shirt purchase optional (love that), making it easy for me to justify why we should do a little get-a-way to Maine. And I could add another New England state to the list of places I have run.

Our first stop on Saturday afternoon was the Maine Running Company for bib pick up. It was easy to find and there were plenty of staff/volunteers ready to help. After a quick look around and a small purchase of some NUUN, we were on our way to play tourists in Portland for the evening. 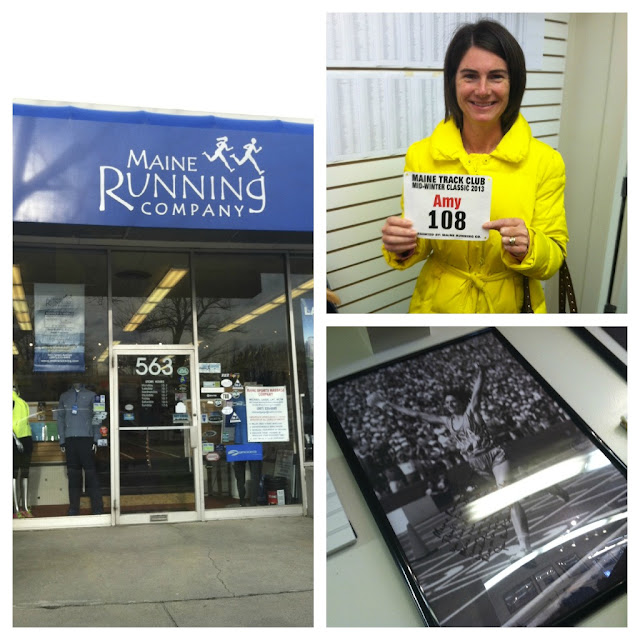 We arrived at Cape Elizabeth HS, just a short 10 mile drive from our hotel, before 8 AM on Sunday. My husband was volunteering on parking lot duty until 9:30, finishing just prior to the 9:45 start. While he was working, I had a bite to eat and chatted with some friendly water stop volunteers. It was a cold day for a 10 miler so I was all layered up in my LuLu runder unders, nike pro thermal, and LuLu brisk run neck warmer. I also brought along my running gloves (which I almost never wear). 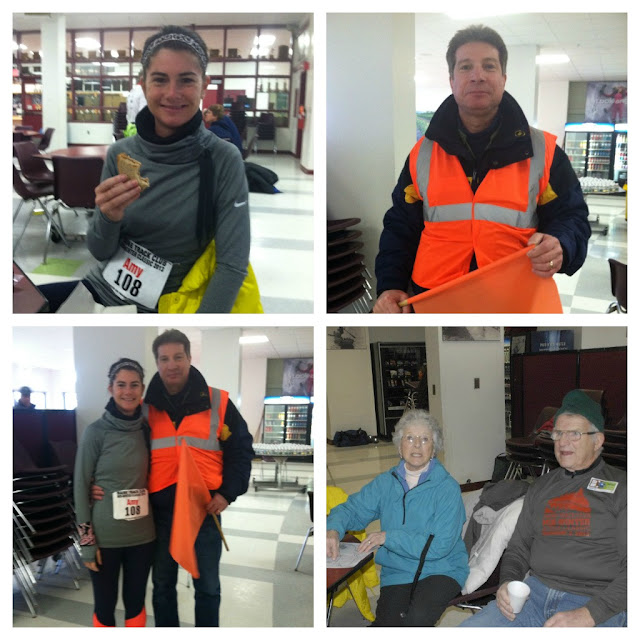 My plans to hang out with Jen and Angela before the race didn't happen, but I did snag Angela as she was walking to the start line. After a quick chat about pace before the BOOM of the cannon start, we were off and running. I was able to keep up with her for about a mile and a half, but sent her on so as to not hold her back. 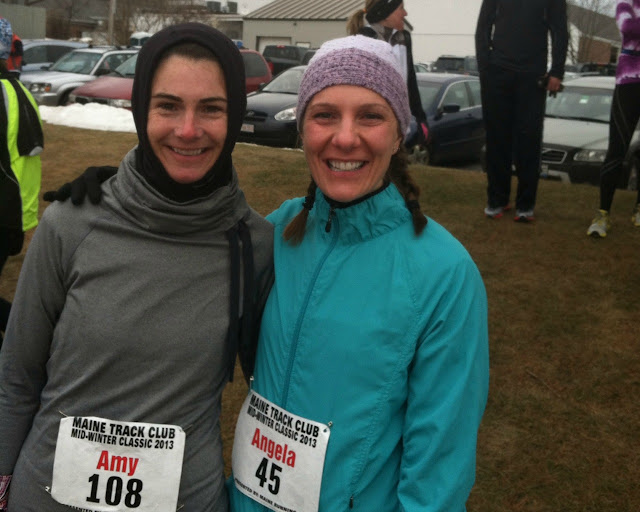 Five miles of this race blew by. The first three were big rolling hills that quickly helped me warm up enough to remove both my hood and gloves and the next two were mostly downhill or smaller inclines. 8:14, 8:54, 9:02, 8:49, 8:45

Mile six is where I started to think about how much further I had to go. I took a few sips of Cytomax from my Simple Hydration Bottle just past the mile 5 water stop and pushed on. The long uphill of mile 7 started a mental game I would play through the final miles. 9:17, 9:06 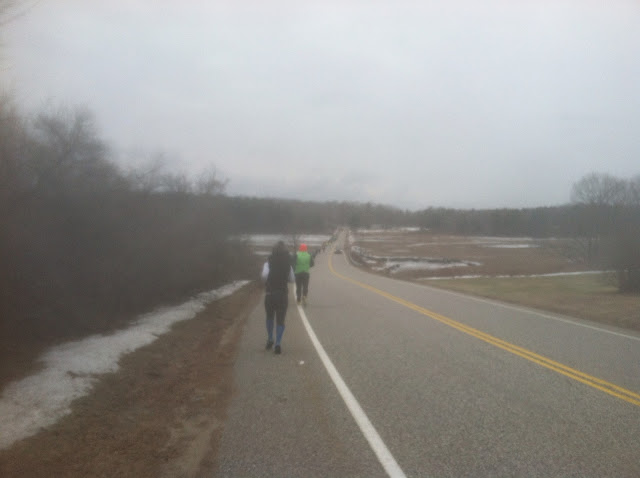 I tried to remind myself that there was only a 5K remaining and this worked despite the cold settling back in and another short climb at the 8 split. After a cheer from my new water stop volunteer friends and a refreshing downhill, I hit the 9 split and started up the final climb to the HS entrance. 9:00, 9:26

Honestly, I wanted to stop and walk up that hill. My legs were done, but somehow I pushed on and even passed a guy in bright blue pants. After turning into the HS lot, it was all downhill to the finish. Knowing how close I was gave me a final surge and I passed another guy. Rounding the last curve I saw my husband cheering just yards from the finish line and then heard my name announced. 8:59

Once I caught my breath, we headed into the HS cafeteria to warm up and grab some of the post race food. We hung out off to the side for a bit and then Jen and I finally connected right before we left. The race offered the use of locker rooms and showers (which I thought was nice), but I had a big hotel shower with my name on it. 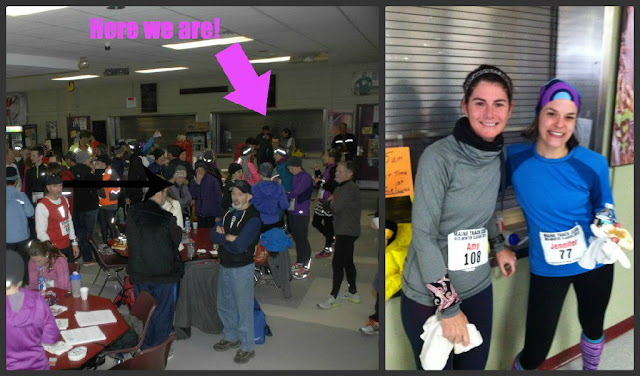 I went into this race hoping to beat my Black Cat 10 Miler finish time from last winter. I missed it by a little less than a minute. I know every race can't be a PR. I know this course was mildly challenging. I know that it was 22 (but feels like 13) degrees at the start. I know that a 1:30:12 finish time is respectable.

I know I'll be looking for a PR rematch in a couple of weeks at the Black Cat 2013.

How do you feel about PRs?

Photo credits: me, my husband, and Maine Running Photos