Since February I have been trying to figure out what the heck is wrong with my knee! After a knee cap adjustment, the pain went away but it has remained CRUNCHY.

Last week I finally heard the answer...patellofemoral arthritis. I knew this day was coming, after-all I have had two major knee surgeries. I just thought it would come later, much later.

Fortunately, the treatment plan seems to be working and I have been able to run and do almost all of my workouts pain free.

Tuesday - Visited the sports medicine doctor and learned through a series of X-rays that the crunchies in my knee are caused by patellofemoral arthritis. First step in the treatment plan was a ultrasound guided cortisone shot followed by 48 hours of rest. 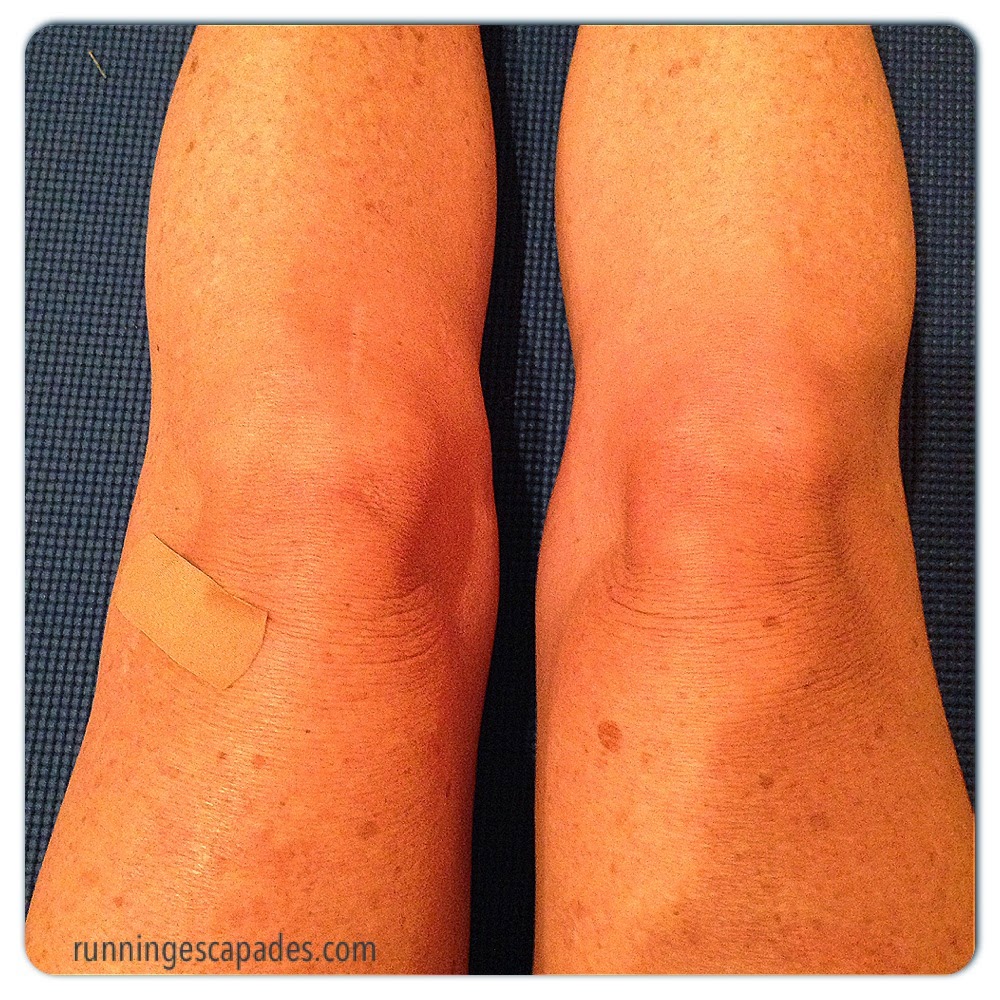 Wednesday - Joined the FitFluential April plank challenge. Have you heard about the new plank form? According to this post on PopSugar, it seems that planking with your palms up will engage the core better and improve posture.

Thursday - My knee was feeling ok and with the beautiful spring weather tempting me, I laced up for an easy 5K to beach and back. My first post-cortisone run felt good. Still clicking & clacking, but better movement probably because the cortisone attacked the inflammation inside. Post-run planking with my buddy. 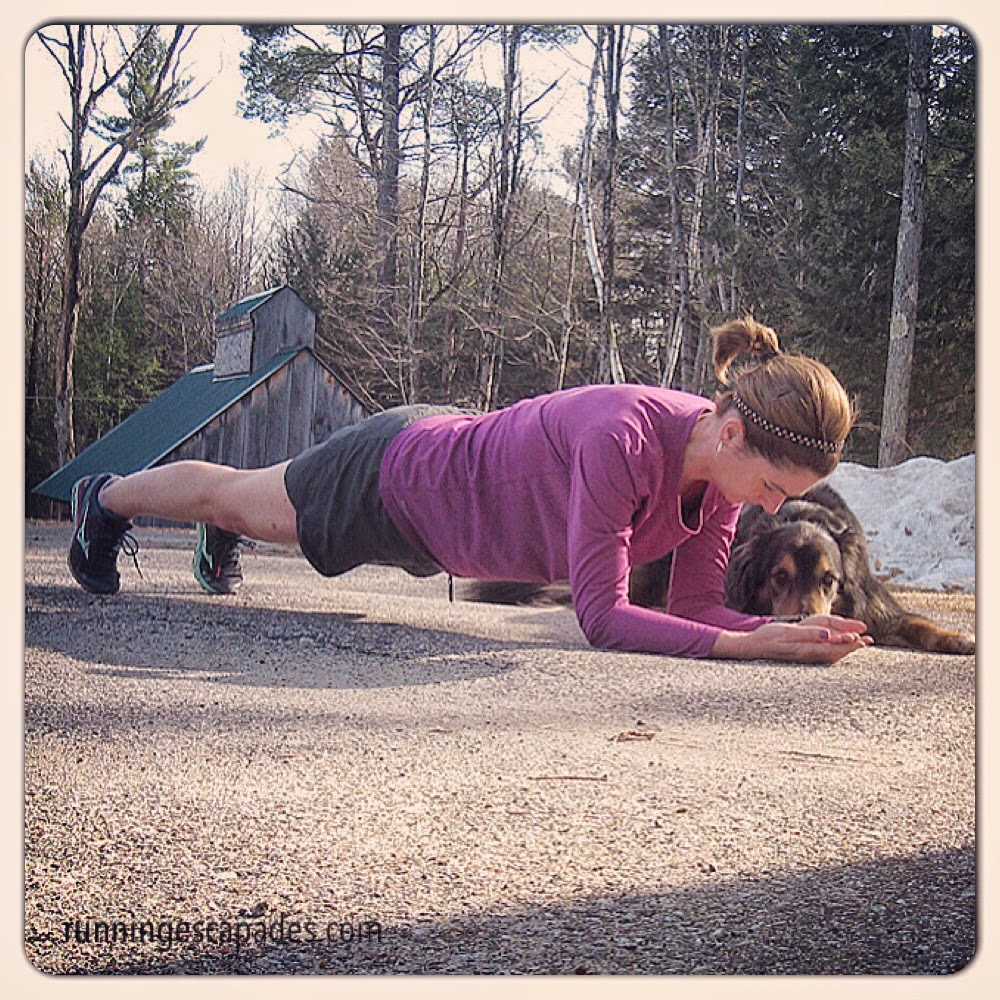 Saturday - Planks before SurfSet class - where we did a ton more on the boards! For the third week in a row we stayed downtown to do our long run. It did not warm up as much as I hoped, but 50 minutes of sweating through urban surfing was an excellent warmup and the sun did eventually come out to warm our legs. Other than some uncomfortable downhills, my knee remained happy through both of these workouts. 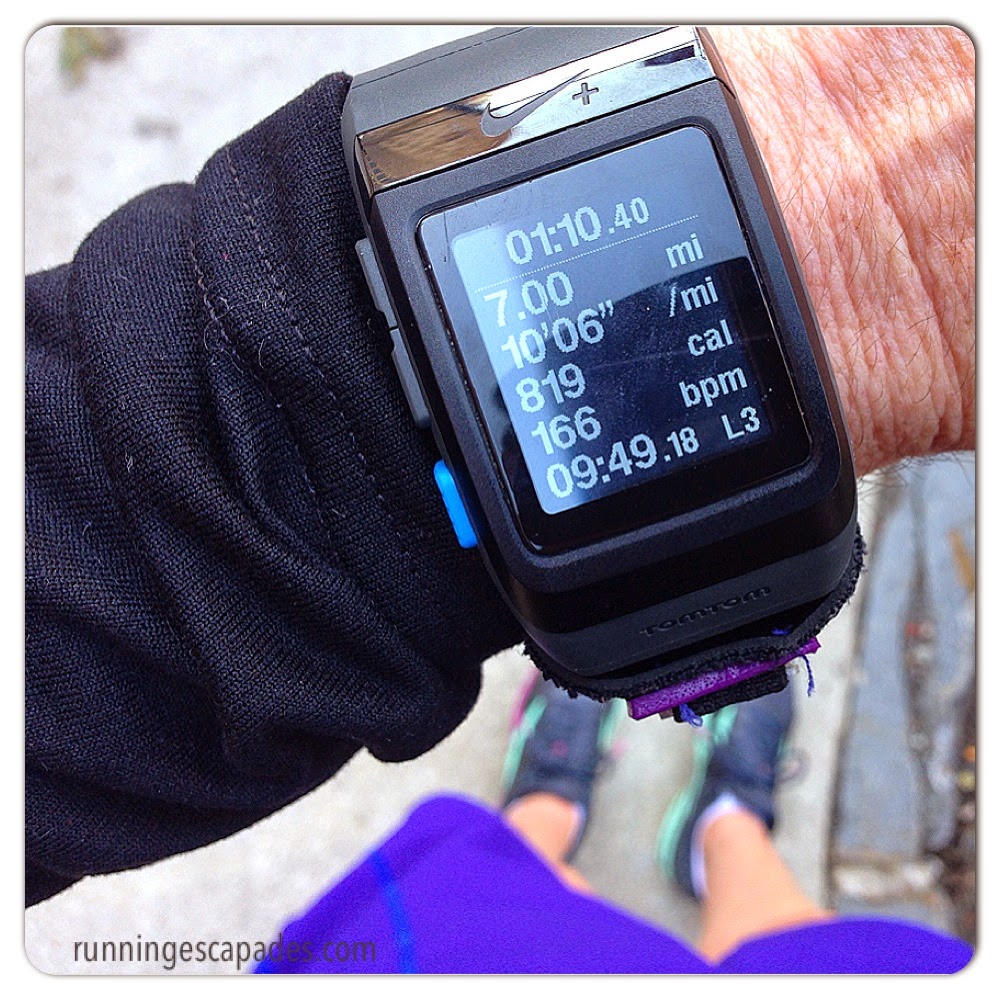 Sunday - Planks and then I met up with Katherine for a morning Booty Barre class. It was much more crowded than the last time I was there (January) and in a new (somewhat) smaller space, but it was still a killer workout...seriously, it is really hard! I like this class because it's a good mix of old moves that you recognize and new moves that keep you interested. It's also awesome that there is a class on Sunday mornings! 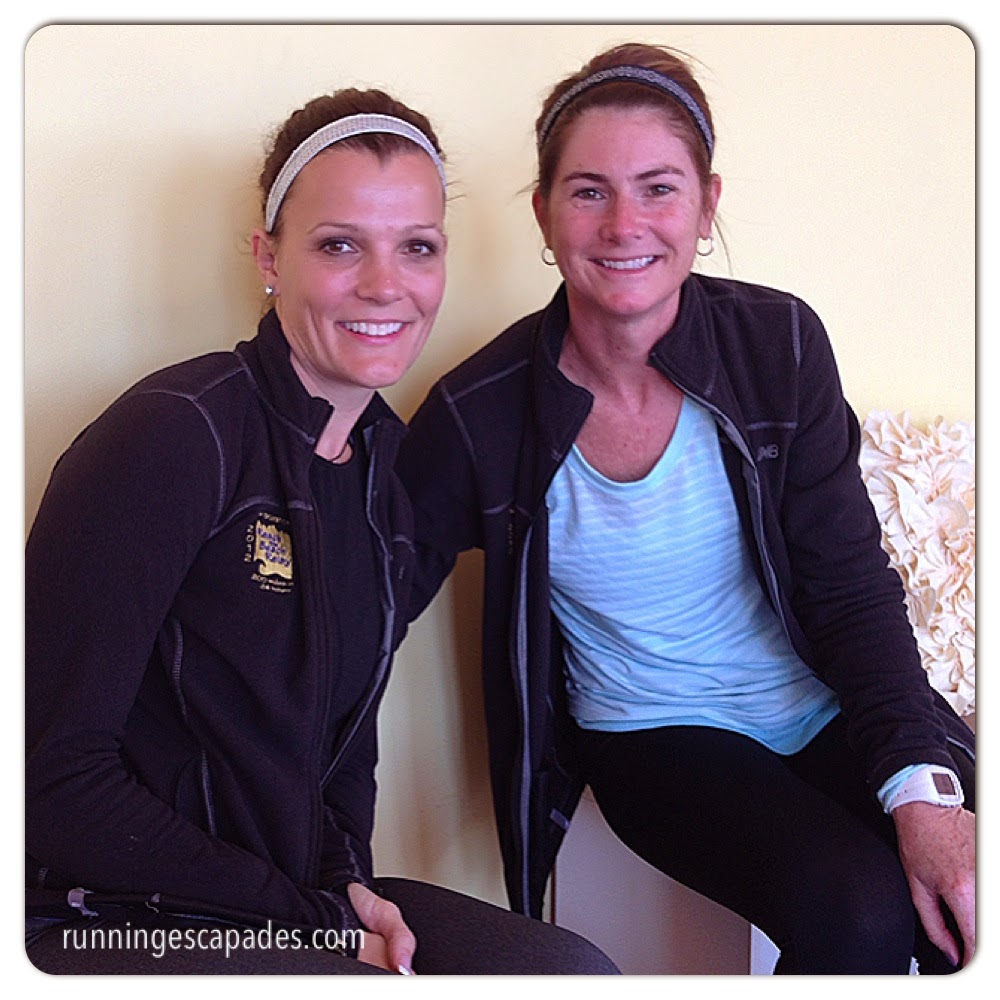 Did you find any ANSWERS last week?