I wanted so badly for the 13 days I took off from running to fix my hip/sartorius muscle problem. I had a sports massage, active release therapy, and a chiropractic adjustment. I tried to not think about the message waiting for me on my running watch. 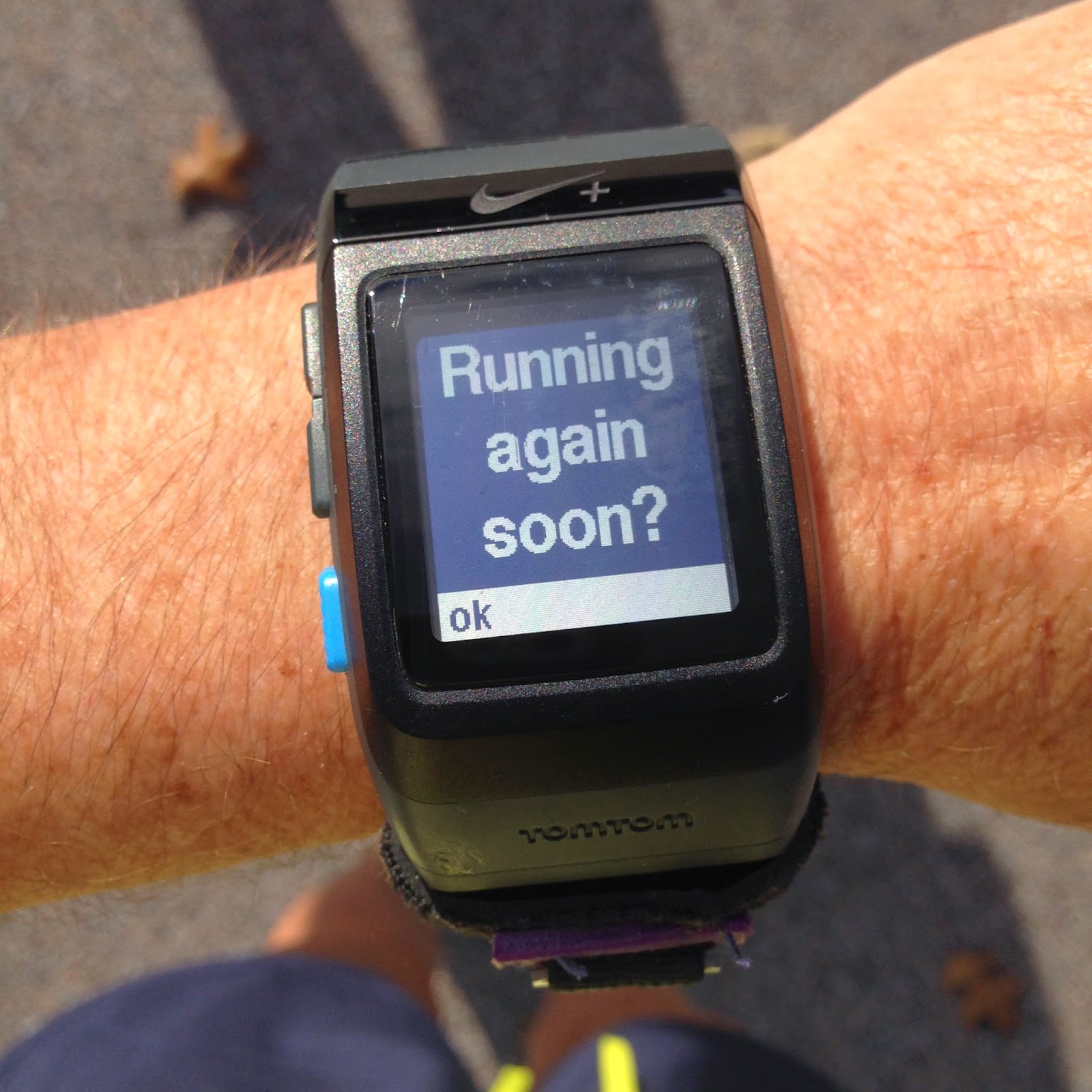 As I waited for the non-running days to pass, I focused on what I could do: basic sit-ups/crunches. Nothing fancy or intense. After the first 7 days, I finally felt safe to take a walk.

Then the rain descend upon New Hampshire and didn't let up for days. As much as I dislike rainy weather, it made it easier to resist pushing my body too soon. Instead of lacing up my running shoes with the Run Club, I enjoyed littleCs damp soccer game and an indoor strength workout.

The frustration of not running was mitigated slightly during the week when I received little packages of happiness:

First, ZOOMA notified me that I had been chosen to be a 2015 Cape Cod Ambassador again!

Then, Mizuno satisfied my running shoe obsession by sending me another new pair of shoes!

I've been having shoe envy, but then today #Mizuno sent me these!! Thanks @mizunorunning, you're awesome! #WaveRider18 #IfEverybodyRan
A photo posted by AmyC (@runningescapades) on Oct 10, 2014 at 2:17pm PDT


Thursday's strength workout with Run Club left me feeling stronger. Strong enough to approach the weekend like I used to.

Friday - another strength workout, but at home. I did a couple of rounds of my favorite Tabata workouts in the basement.

Saturday - After a month away from SurfSet, mrC and I struggled through the morning session. There were brief moments when I felt a little tug in my hip, but really I just felt the loss of every single one of the 520 calories I burned during class. Afterward I happily pushed "OK" on my watch and then we took our new Mizunos on a 2 mile trail run. During the run, my hip felt a little tight, but better than I expected.

Sunday - I woke up and immediately felt the workouts from Saturday. My calves, quads, and abs were sore from SurfSet, but my hip was sore from the run. I spent the day in compression pants, icing off and on.

The week ahead will be day-to-day with hopes that my second sports massage on Tuesday will be another package of happiness for my hip!

What was your last package of happiness?