It was time to cross more Lantau Trail sections off my to-do list and this time it was going to be some hard hiking. 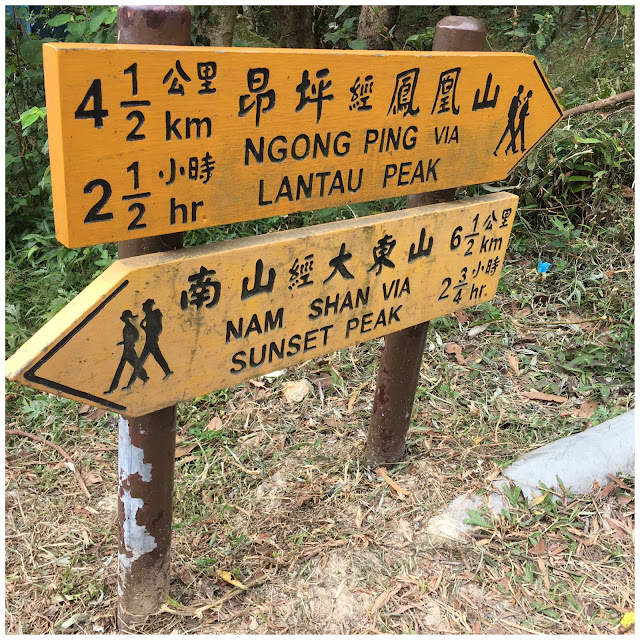 My most recent hike on the Lantau Trail (stages 9 & 10) was long but easy. No real climbing involved. My very first hike (stages 1 & 2) was a mix ---> one stage involved climbing Sunset Peak, the second highest peak in Hong Kong, but the other was an easy walk.

I wasn't sure if I was ready for stages 3 & 4, but I also knew I would suffer from FOMO if I didn't go for it. I hadn't done a hard hike in a few months, so I didn't know how my body would react. It's a lot like returning to the long run: you have a solid base, but it's been awhile since you upped the mileage.

Anyway, I went for it and here's what happened:

1) There were three solid climbs. THREE. Every time I looked up, I thought we only have a little more to go, it's straight UP, but we're almost there. Then another climb would appear. Actually, having the 600 meter climb from Pak Kung Au broken into parts like that gave us built in walking breaks along the way. 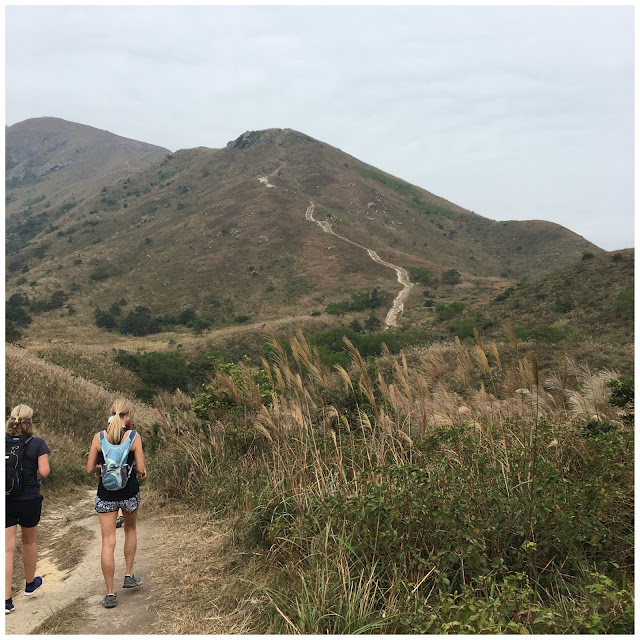 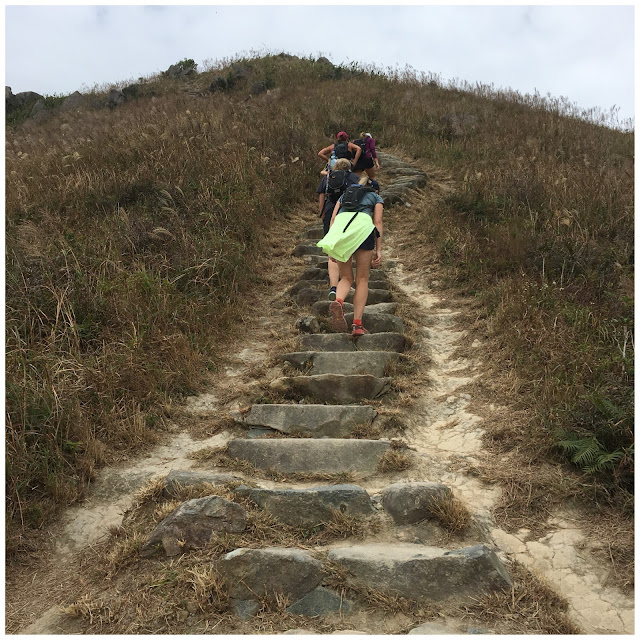 2) I stood on the second highest peak (934 meters or 3064 feet) in Hong Kong, Lantau Peak. The views from the top are just breathtaking. Even the overcast, slightly hazy day didn't take away the magnificence of what my eyes could see. 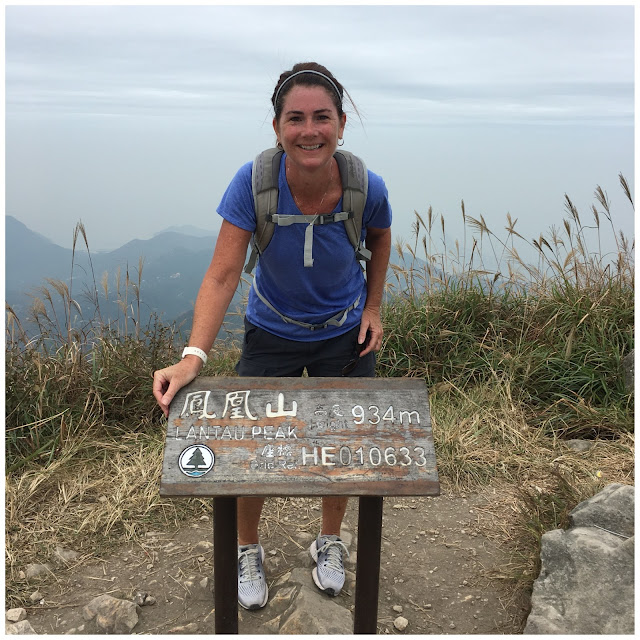 And behind us, was Sunset Peak (the third highest peak in Hong Kong) on stage 2 of Lantau Trail. Been there, done that, I thought to myself. I could also see the airport from the top, so I texted mrC since he was there doing some database work in the airplane. 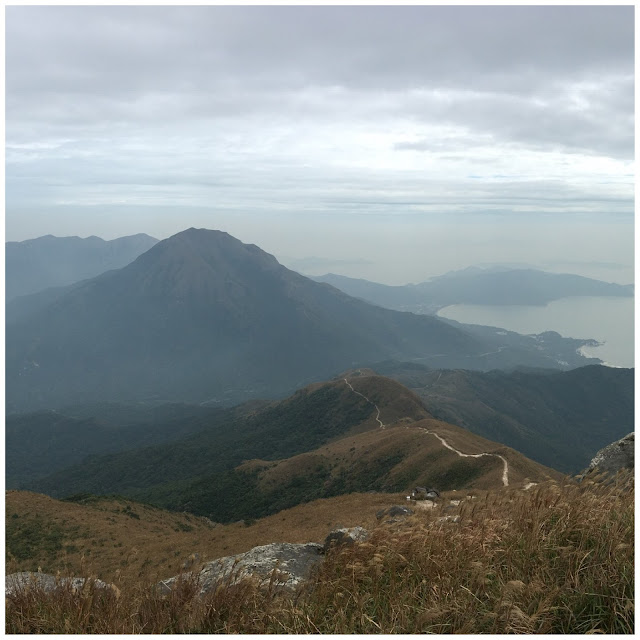 3) Making our way down toward Ngong Ping and the end of stage 3 was easier on the quads, but harder on the knees. The challenge is that the man-made rock steps are not the same distance apart. As we got further down the mountain, we started passing large groups of hikers making their way up from the other side (the harder side if you ask me). 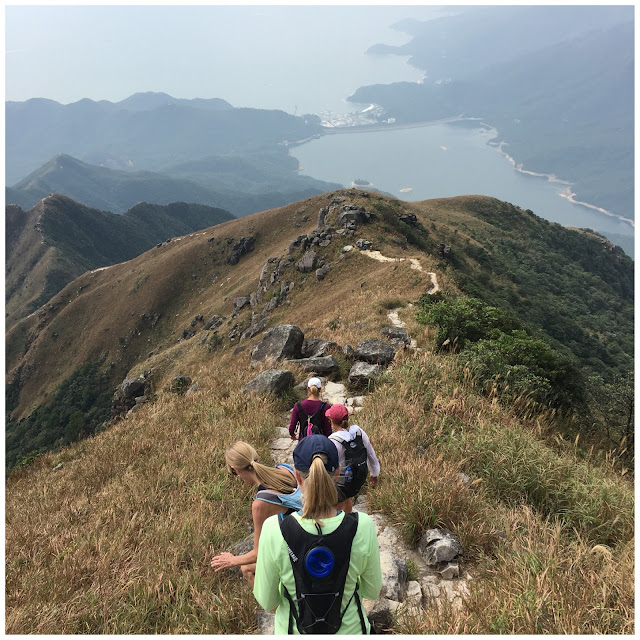 The archway marks the end of stage 3. 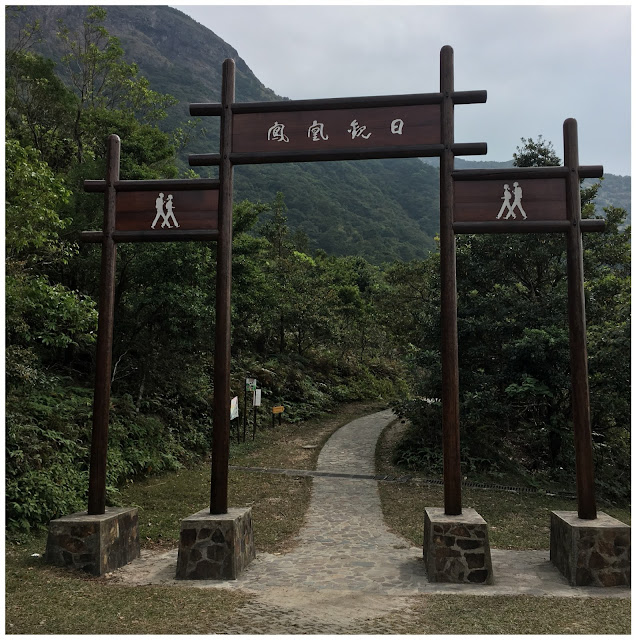 4) At the start of stage 4 is the Wisdom Path (right past the large archway). 38 wooden columns line a path forming the symbol for infinity. Each column is inscribed with a verse from the Heart Sutra prayer. We took a short rest/snack break here. 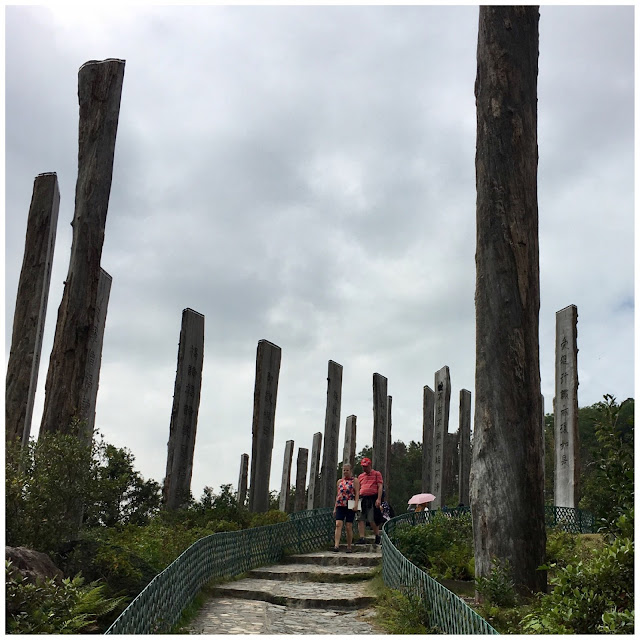 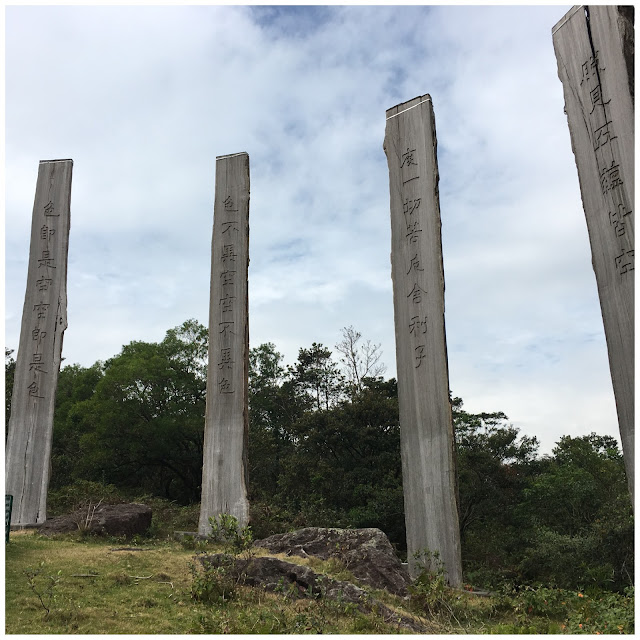 The trail continues to Ngong Ping cultural village where the Tian Tan Buddha Statue sits. The village was crowded with visitors, which is probably why we found a lone buffalo hiding out in a quiet spot. I don't know why these big creatures fascinate me, but they do. 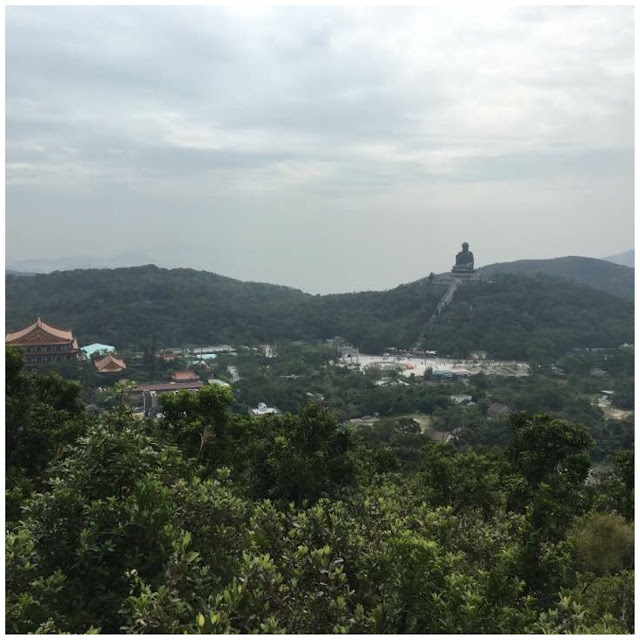 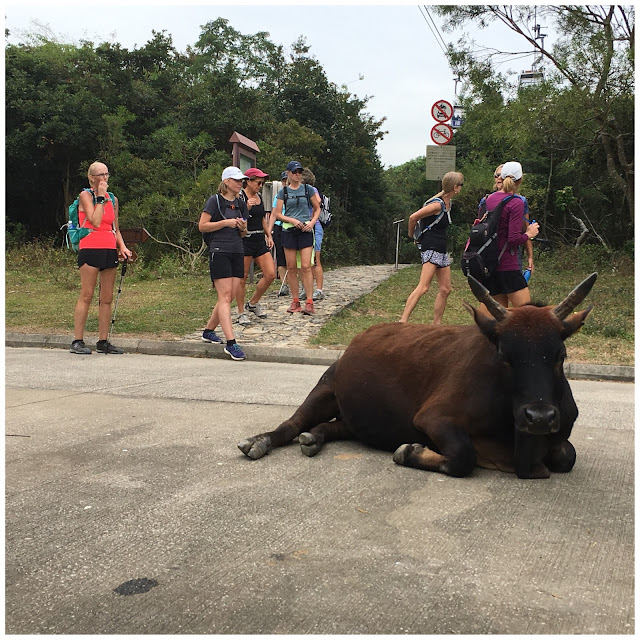 The rest of stage 4 has been diverted a couple of times by landslides, so the end of the hike is simply following Ngong Ping Road to Sham Wan Road. Nothing picture worthy from there, so here's one of the group that stood on Lantau Peak that day. 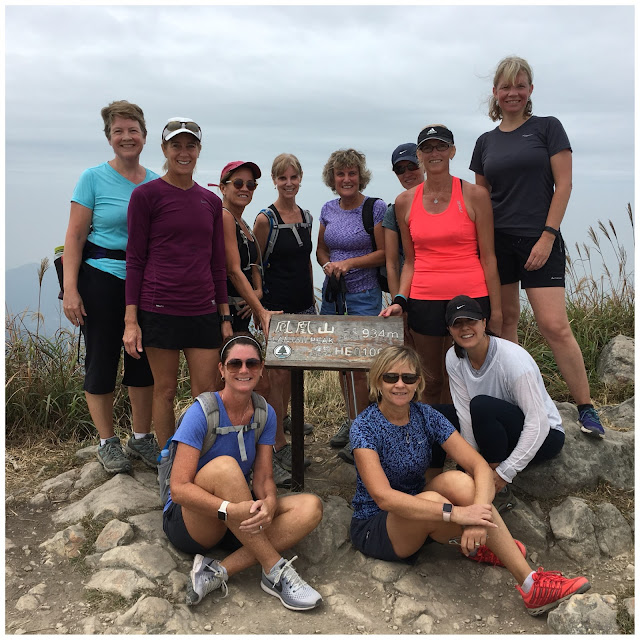 This post is part of the Friday Five 2.0 link up with Lacey and Meranda and Rachel. Head over to check out some more awesome posts.