Dragon boat racing is a big deal in Hong Kong.

When we first moved to China, we learned (and celebrated) about the traditional Chinese holiday - Dragon Boat Festival ---> commemorates the drowning of Chinese poet Qu Yuan, who, according to popular legend, drowned himself in Hunan province 2,000 years ago in protest to what he saw as corrupt rule. As local residents rushed to rescue him, they loudly beat drums and threw dumplings in the river to drive away hungry fish. Eventually, dragon boat racing, with its pounding of drums and flurry of paddles, became a traditional activity on this day.

Then after moving to Hong Kong, we saw dragon boat racing for the first time in Discovery Bay. 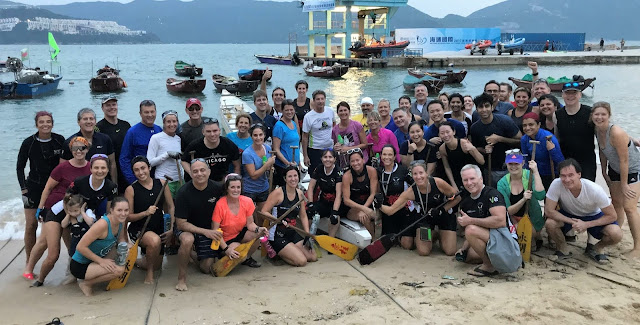 First I have to say, that I love the passion that these ladies have for dragon boating. Their energy was definitely contagious and set the tone for a great event.

The event was held at Stanley Beach (on the south side on Hong Kong Island) where the team holds practices. After a brief explanation, we were handed paddles, divided up into three boats and pushed out onto the water. 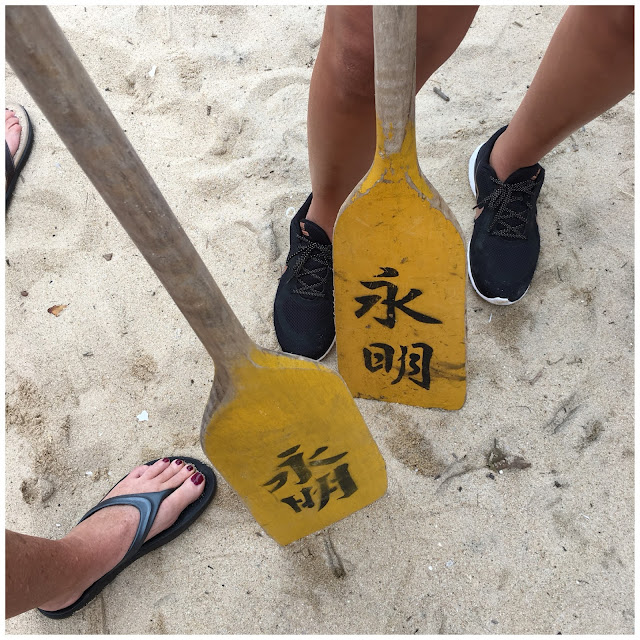 The first part of our lesson, was learning the proper paddling technique. It didn't take long for the amateurs to get wet during this part! 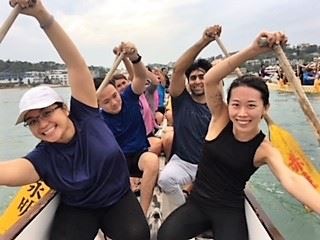 After some paddling practice, we had some fun races against the other boats. The race went like this: everyone would paddle a set number of strokes (say 50) and the winner was the boat who went the farthest. 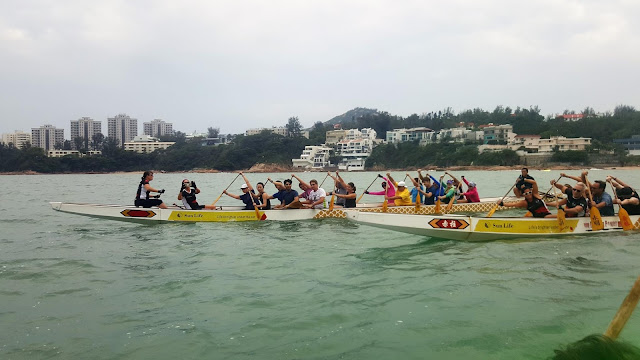 We had a ton of fun learning how to paddle dragon boats. It's too bad that Stanley Beach is such a long haul from Discovery Bay. I think it would take me longer to get there, than the length of the practice sessions!

After the paddling session, about half of the people in the top photo walked to Stanley Market for a little Mexican food and post-paddling drinks. It was a great night!