Crossing the finish line of a 5K feels pretty awesome when you thought your running days might be over.

A little background: I ran my very first 5K ever in 2006 (long before I had this blog) and finished in 30:41. It was haarrrddd, but amazing. A lot of running has happened since that first 5K (improved my 5K time to a 26:38 PR and ran 13 half marathons), including a knee surgery (the kind that comes with a high recommendation to cease running). I rehabbed and ran for about a year before bam! My knee got pretty cranky.

I might be crazy (what runner isn't?), but here I am celebrating another 5K and it feels just as awesome as the first time. 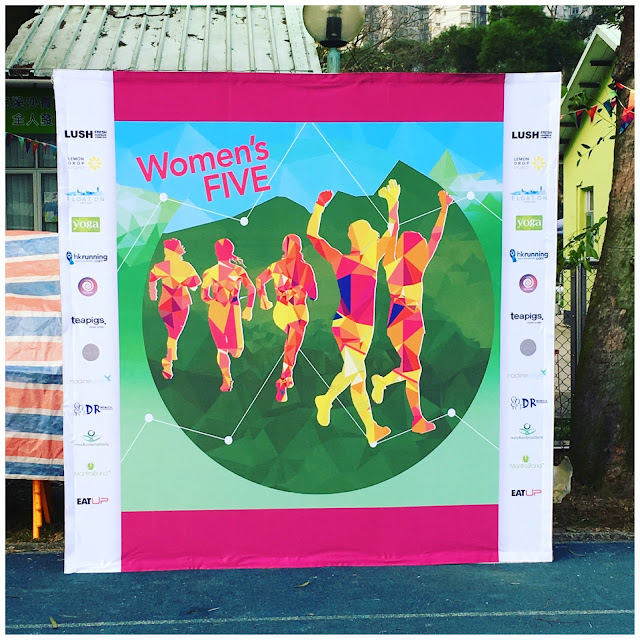 The Women's Five is a new race for women only in Hong Kong. It holds two events, one in the spring and one in the fall. In addition to the race, women can sign up for a five week training program that offers training meet ups, yoga sessions and even a social movie night.

This was my first official race in Hong Kong (I did a fun Zombie 5K that was untimed) since running a 6K race in 2015. Needless to say, I was excited. I did the whole flat-runner race outfit on IG, but I'll just share here too.


The race was held in Ma On Shan which was kind of far away from me in Discovery Bay, but by hired car it ended up only taking 30 minutes. I had lots of extra time to pick up my bib, check my bag, find the toilets and mingle with the other ladies that were there early.

The start line and staging area was held on the YMCA track. There was plenty of room to warmup and stretch. After a nice big pep talk from the race director, the race started (almost) on time. I was anxious to get started and get rid of my nervousness. 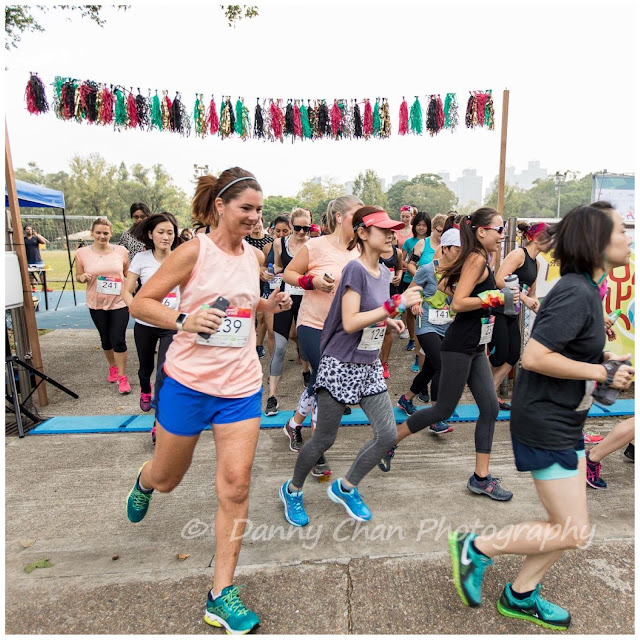 The course was an out and back. After leaving the track area we followed the sidewalk down to the Ma On Shan promenade. It was not a closed course. There was a bit of dodging people out walking and running in the neighborhood and on the promenade, but it wasn't bad. Some parts were crowded and some parts were wide open. 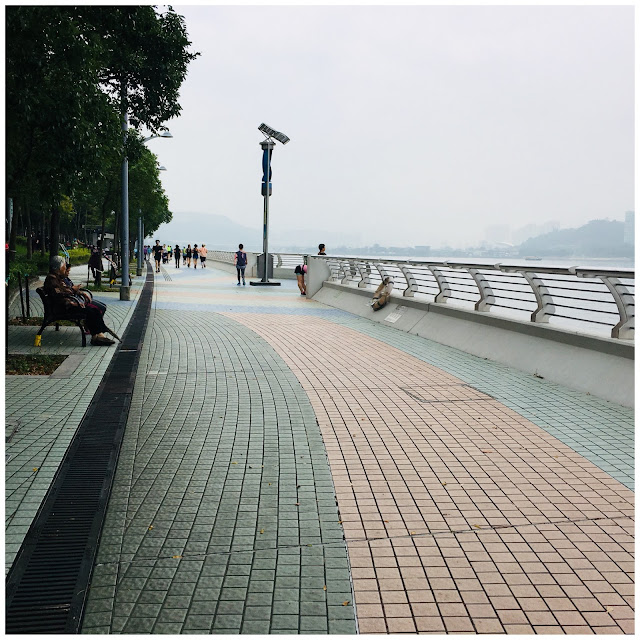 Getting to the turn around felt like it took forever. I think it was partly because I was probably running too fast. I was excited to be running in a race and it was flat, so I think I went a little crazy. I took one walk break before the turn around and another after. 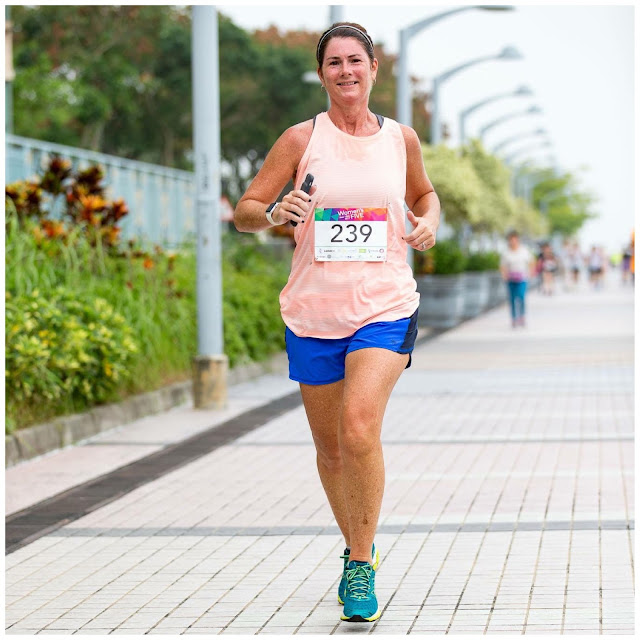 Hitting the turn around helped me mentally big time. The motion of running felt easier, as if I suddenly had gotten lighter on my feet. I was still breathing heavy and starting to feel the humidity, so I told myself to keep it steady so I could cruise to the finish.

At the finish line, they had food and water. After everyone came in, you could get your results printed out. I was pretty excited to see my time ---> better than my first 5K. 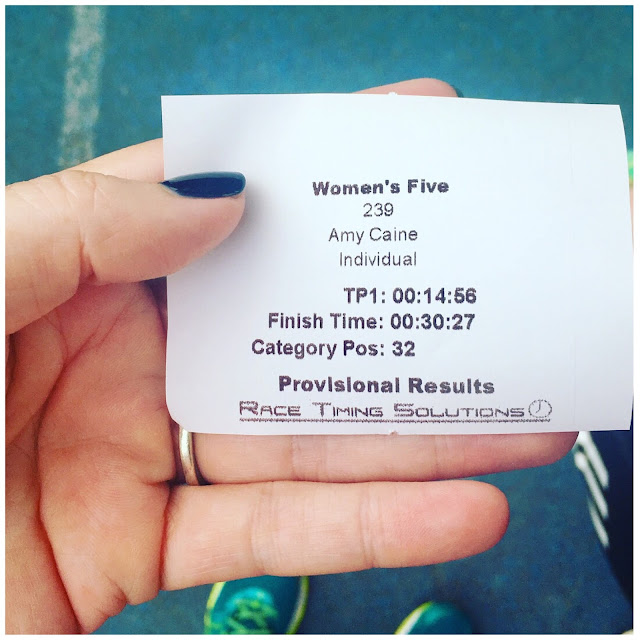 I hung around to watch the awards be handed out and enjoy some celebratory time with the other ladies. 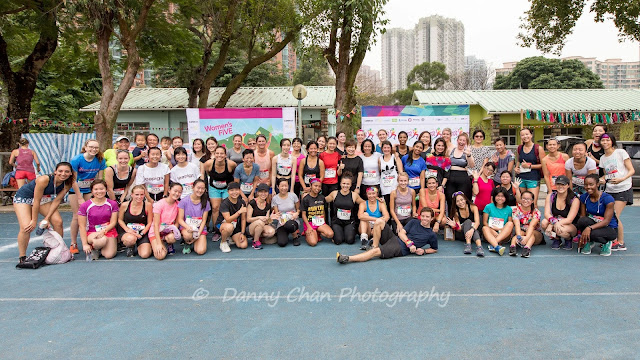 I have spent most of the year patiently building up my running time and distance using intervals and keeping my fingers tightly crossed in the hopes that I could run 5Ks again.

I'm not ready to give up running yet because of events like this one. The energy, the excitement, the support. It is all just so addictive. I know my fellow runners know what I'm talking about, but if you are new to running I hope you get to experience the happy vibes that come from running a race very soon!

I am so THANKFUL to be able to run!


Do you remember your very first race?
New runners, when are you running your first race?
What are thankful for right now?

Today I'm doing the link-up with Patty, Erika, and Marcia for Tuesdays on the Run!