I did not sleep well last night.

I've mentioned on the blog that I've been dealing with some shoulder pain. Yesterday I was back for more treatment. Dr. Cosman busted out the Graston tools again to work on my fascia and then set up the MENS (microcurrent electrical neuromuscular stimulator) to help with pain. It was a team effort. Lulu (the dog) added moral support and Dr. Beasely was getting a lesson (I think). Before leaving assistant Alvin taped me up. 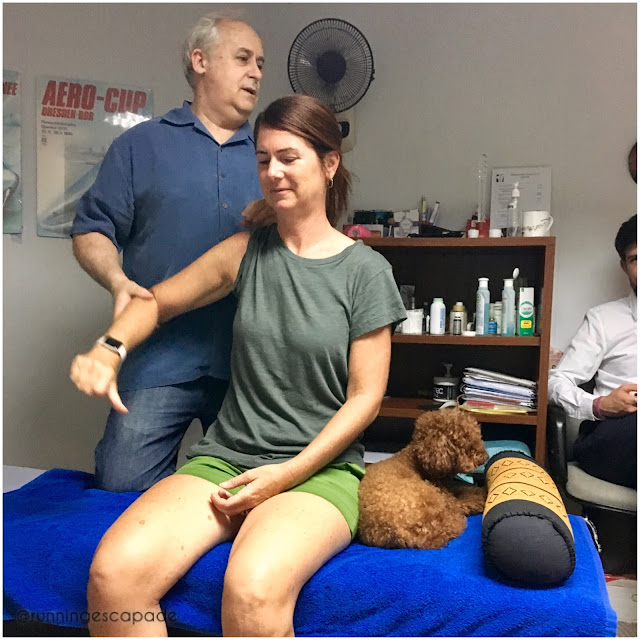 Normally when I'm in Central for an appointment, I take advantage of the trip to browse, shop, eat. However, after my treatment I was feeling pretty beat up, so I opted to just stop into City'super for a few groceries.

There was no one at the deli bar, so I grabbed some turkey breast and Swiss cheese to make rollups for lunch. I have been craving these, but I'm picky about my ingredients. I have not found my favorite Finlandia Swiss yet, but City'super does have honey turkey breast imported from the US. Yay! 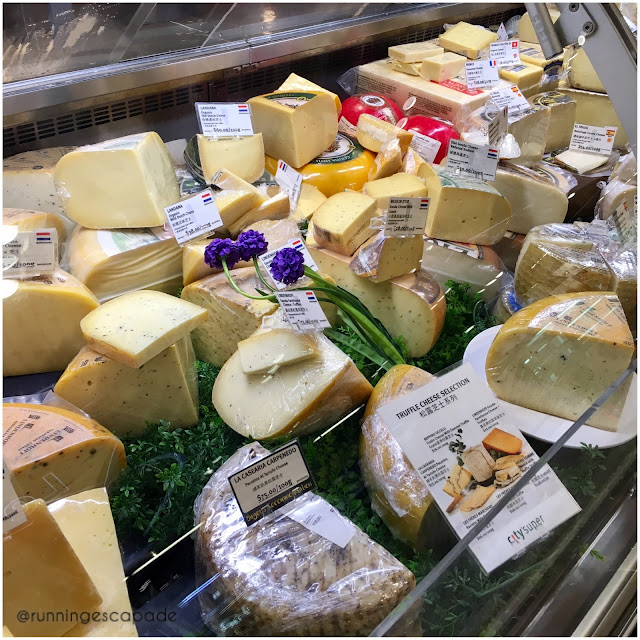 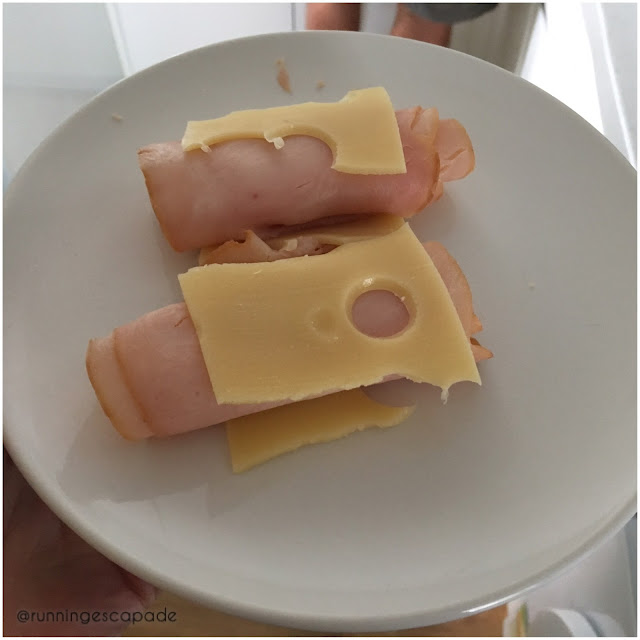 We had leftovers for dinner, watched some TV and I iced my shoulder. the doctor said it was going to be sore and he wasn't kidding.

mrC was out the door super early this morning for a trip and originally I thought I would head out for a run at the same time. When he left though, it was a lot darker than I thought it would be and I was still so tired. I tossed and turned all night trying to find a position that was comfortable since my favorite meant lying on my sore shoulder.

Eventually I got up and basically guilt-tripped myself out the door because I wasn't feeling very motivated after a restless night's sleep and a sore shoulder. Once I started thinking about how I barely managed one run last week and I couldn't let a couple little things get in the way of a run today. 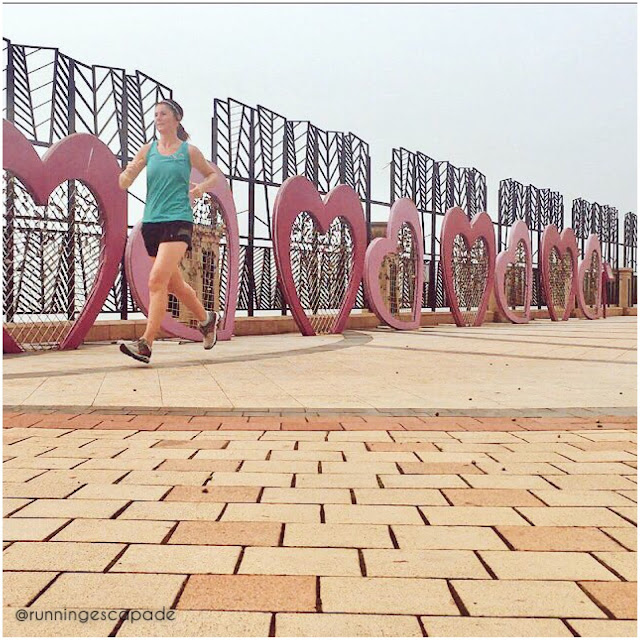 Once I was outside, I perked up because the air was a little cooler than I expected. Then again we live on the top of a hill, so it almost always feels nice in our courtyard.

There aren't too many route options here in Discovery Bay, so I do a lot of repeats. I knew I wanted to run just one hill today, so I chose the North Plaza loop and added out and backs along the promenade. The promenade is almost completely flat and I can create a loop-like feeling by running along the road in places instead of just sticking by the water.

I also played around with my intervals a little today. I still set my timer to 2:1 minute run and recover, but I kept running until the downhills in the beginning. I think my pace was too fast and it caught up to me on my last promenade loop. At that point I finished my run (and the uphill) following the interval timer.

In the end, I was a sweaty, slimy mess but I survived the 5K and was really glad I ran. Even though I was exhausted, I felt a lot better. 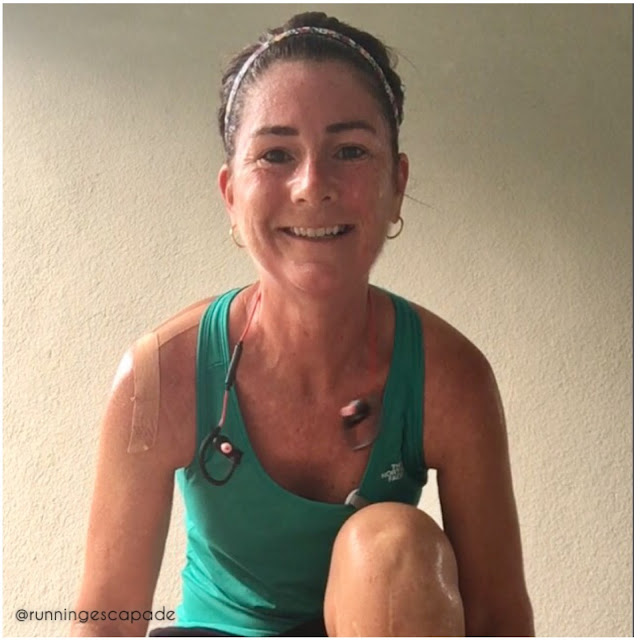 Being comfortable on a run is really important to me especially as the humidity and temperatures continue to creep up here in tropical Hong Kong. I need a good pair of running shoes, but more importantly I need a pair of lightweight socks. I hate when my feet are hot. It's stifling. Besides cool feet, I also need easy access to my water. Just a sip here and there to cool my mouth makes a difference when I'm running.

Ever have Graston done as treatment?
Does running make you feel better?
How do you stay comfortable during a run or workout?


Today I’m linking up with Susie and Rachel and Debbie and Lora for the Running Coaches' Corner and representing runners! 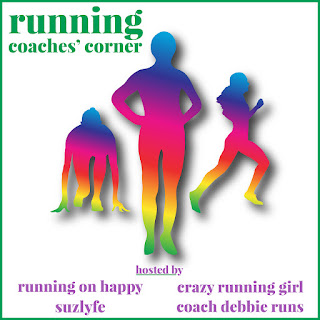