Back in January I posted about having a non-running back-up plan. Little did I know that yoga would become a big part of that plan. I've been doing Instagram yoga for years (the I don't really know what I'm doing, but I'll make myself look like that picture kind), but had only taken a few classes before moving to China.

As much as I would love to be back to running, I am loving my morning yoga. It's not the same as going out for a run, but it is invigorating. And, I love seeing my progress. Taking classes has definitely helped, but I've felt the most change since I started doing the daily yoga camp videos. 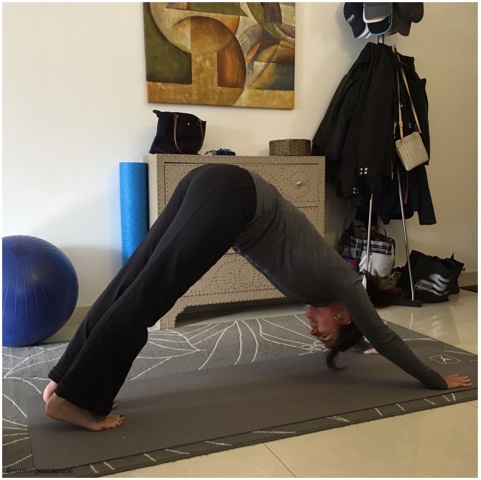 After yoga, some coffee and breakfast (prepared by mrC), we took a walk to see the Shekou School Maker Faire hosted by the Shenzhen American International School. If you are not familiar, a Maker Faire is a showcase of invention, creativity, and resourcefulness in a DIY way. If you have chance, visit an event. It's pretty amazing. 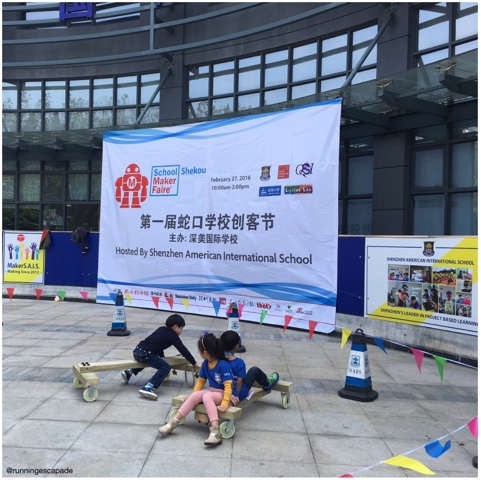 On the way there I showed mrC a yoga studio that I have been trying to find for months. We walk past a billboard advertisement for this place all the time, but could never figure out the address. They let you try a class for free, so I signed up for one next week. 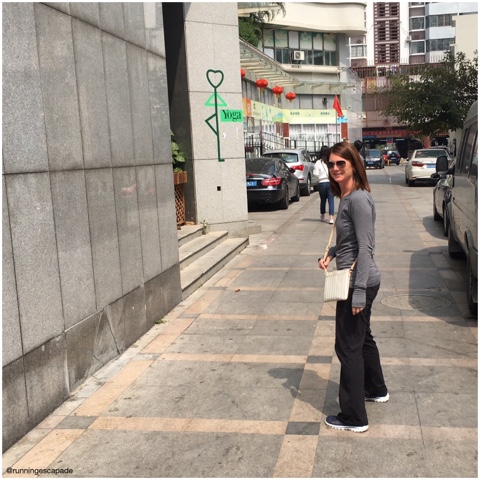 It was such a pretty day that after the Maker Faire, we decided to get our bikes out. We headed to the Shenzhen Bikeway hoping to reach the Futian Mangrove Ecological Park. It was very crowded so instead we turned around after 5 miles and headed back to the apartment. We'll try again on a week day. 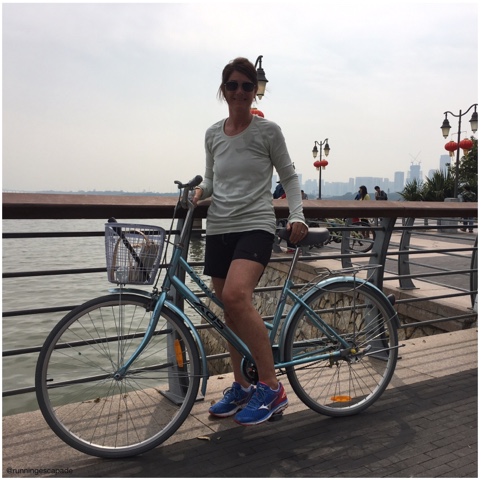 Between yesterday's leg workout and today's 10 mile bike ride, my butt was feeling sore. Doing this version of a pigeon pose helped with that. I think it might be my favorite. 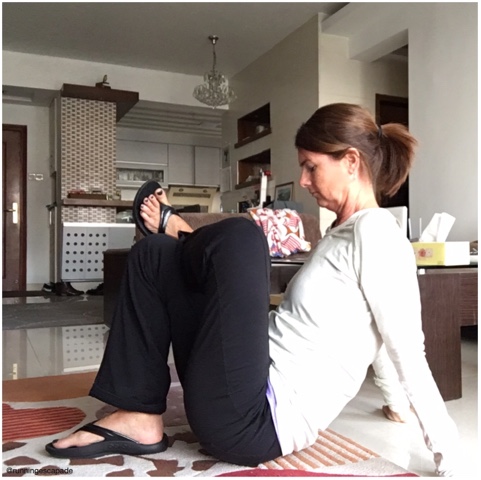 Ever been to a Maker Faire?
Favorite way to do pigeon pose? (Supine, seated, or prone)