Wow! Time flies when you're having fun!

After landing in New Jersey last Wednesday, mrC and I spent a day and a half letting our bodies get used to being back in the USA.  On Friday I hopped on another plane for a short flight to New Hampshire for a long weekend visit.

I started the weekend with a Girl's Night Out with MRTT. We pretty much took over an entire room at the Bedford Village Inn tavern. I haven't seen these women in person since we were home in August, but because we interact so much in the Facebook group it felt like I'd never been gone. 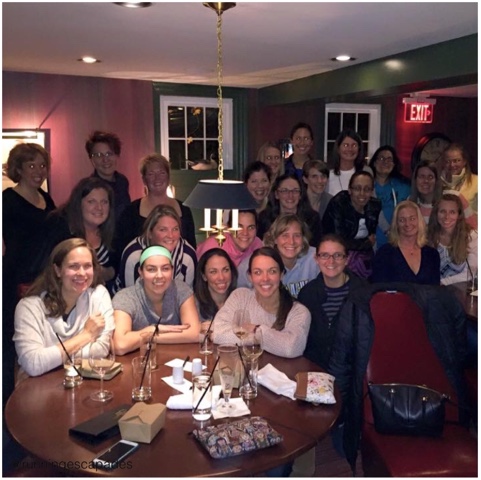 After dinner, some of us braved the chilly NH night to hang out by the fire pit. It was a great night! 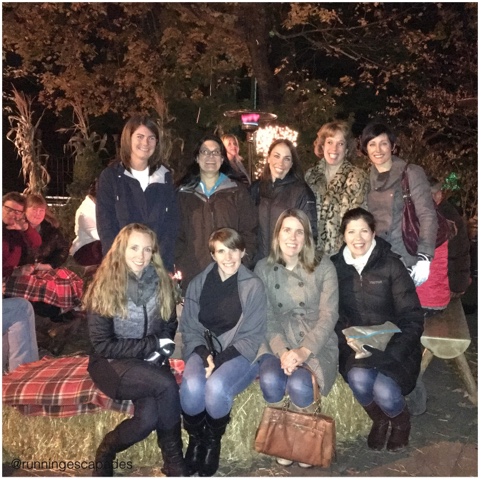 On Saturday I headed to TI Fitness for some Boot Camp and SurfSet. Although I keep busy in China with running, biking, hiking, yoga, and Zumba, nothing compares to a good full body cardio workout. 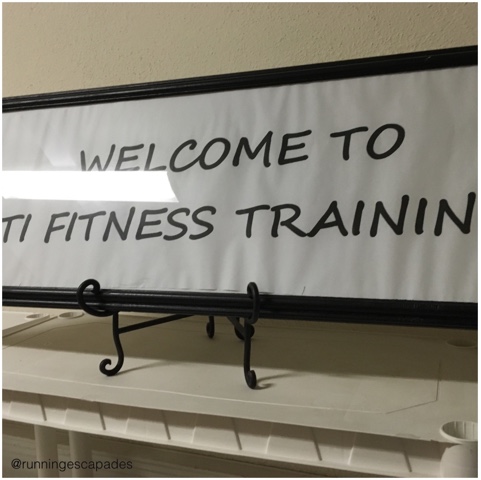 Boot Camp was broken into two parts: first we were on the floor obstacle course style and then on the ledge (which you can't really see in the picture). On the floor we ran, shuffled, zig-zagged, and jumped while mixing in some strength exercises that we pulled from a box. For example after going through the floor course we did 20 reverse flies. On the ledge we focused on step-ups, jumps, triceps dips. Stuff like that. It was awesome! 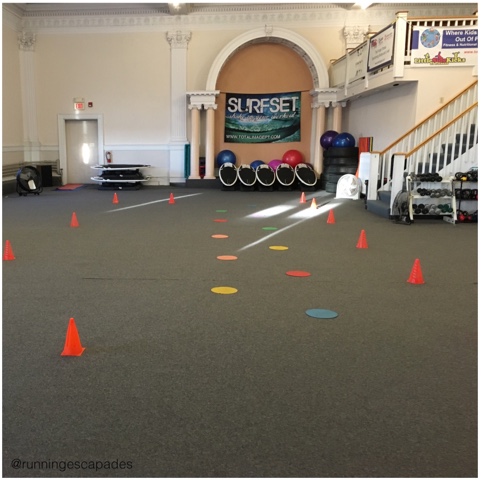 The 30 minute SurfSet class was fast paced and challenged my body in every way. I miss these classes so much because it's such a fun way to get sweaty and it's the only way I ever did strength. I'm struggling with that in China. 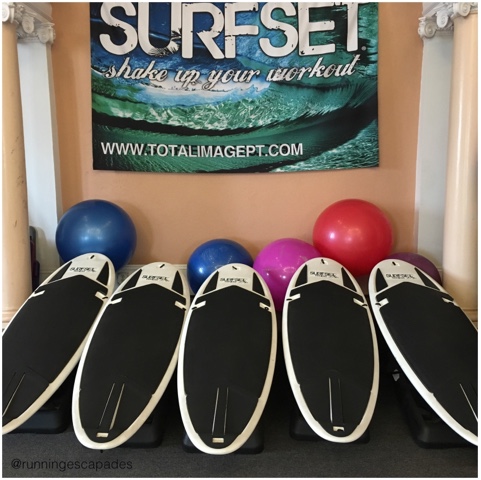 On Sunday morning I hit the trail for a MRTT group run. I ran a lot of miles on the rail trails in New Boston, Goffstown, and Manchester before moving. I've been watching the progress of improvements via Facebook, so I was super excited to see first hand the newly finished bridge connecting Manchester to Goffstown. 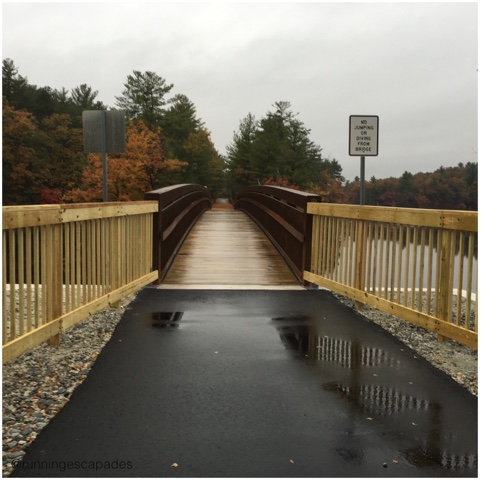 The weather almost didn't cooperate, but the skies dried up just in time for the group to hit the trail. 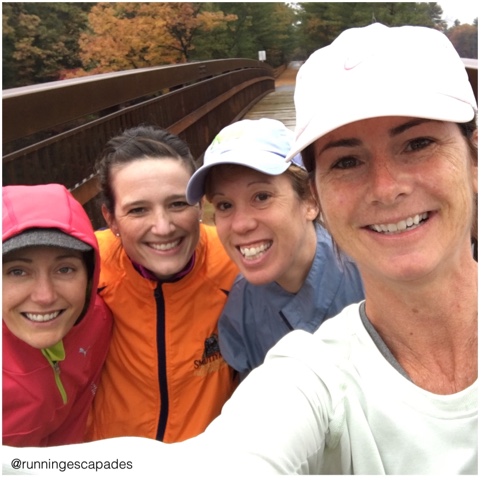 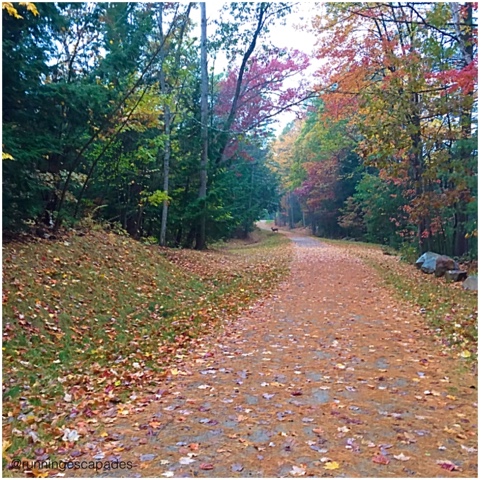 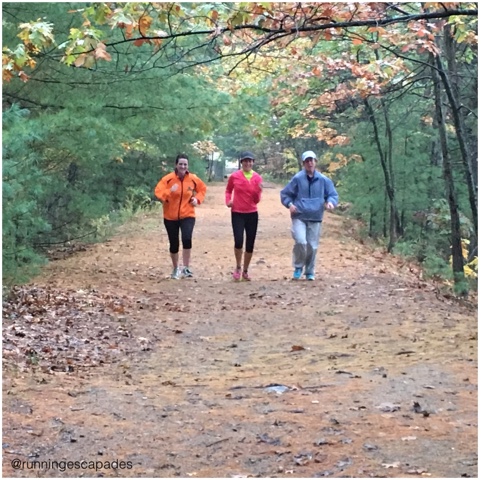 After fitness class on Saturday I raided Runner's Alley for some new running shoes. The Mizuno Wave Rider 19s are so much lighter and softer than my old shoes (which were overdue for replacement) and I love how Feetures socks just mold to me feet.

Between the cooler temps, the trail, and my new gear, running the 5.3 miles felt amazing. 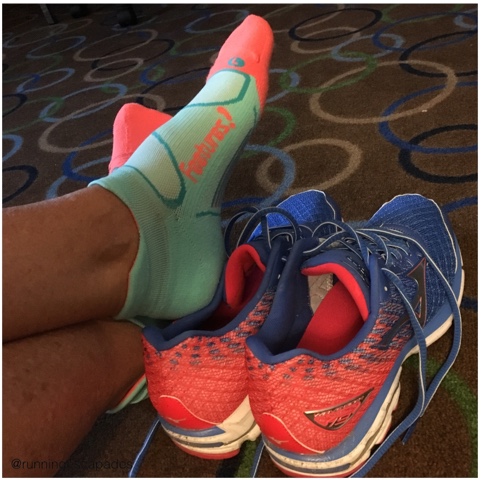 Do you do non-running things with your running group?

What was the last pair of running shoes you bought? I'm loving my new Mizuno Wave Rider 19