Training Truths: What the #TFL?

Another week has gone by and I'm still dealing with my hip mess. At the start of last week I thought I was making progress, but another painful two mile run told me it was time to see the professional.

Monday - I did my Tabata ab workouts and felt ok.

Tuesday - I went for a 2 mile run with the high school run club. It was bad. It was worse after. I actually went from the run to another massage appointment. She really worked on my legs, hips, and glutes, but my hip still hurt. A lot.

Wednesday - I woke up knowing that there was no way I could run with my Manchester City Marathon Relay Team on Sunday. Even if I were to try the shortest leg (instead of my 9 miler) it was going to be bad. So I made the call for a replacement. I wore my compression shorts under my work clothes. The snug fit helped ease the pain.

Friday - I was able to see Dr. Bri. He said the problem was my TFL.

Mine is not happy.

Turns out my (notorious) sartorius is not so scandalous after all. Dr. Bri was able to determine this because my pain is located on the side of my hip bone and not the front. (um ok, yea, whatever…how do we fix it???) 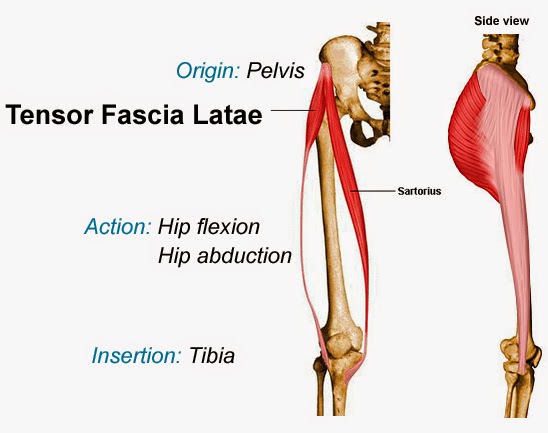 Although the TFL doesn't have a primary function, it does assist with hip flexion, abduction, and stabilization. When running it is active during the pick-up of the foot as well as the strike of the foot.

Dr. Bri suspects I'm suffering from the perfect storm of under active glutes, a weak left quad (thanks torn meniscus), and some over-pronating that is causing a strain on the right TFL at the insertion point on my hip bone. He performed some Graston (it was too painful to do Active Release) and then applied an electric cortisone patch.

The cortisone patch uses iontophoresis to deliver the medicine through the skin directly to the target area. Dr. Bri put the patch on my hip and then charged the little battery on top of it. This was a little uncomfortable because it felt like pins and needles, but it only lasted for a few minutes. I wore the patch for a couple hours and my hip felt better than it had in days. 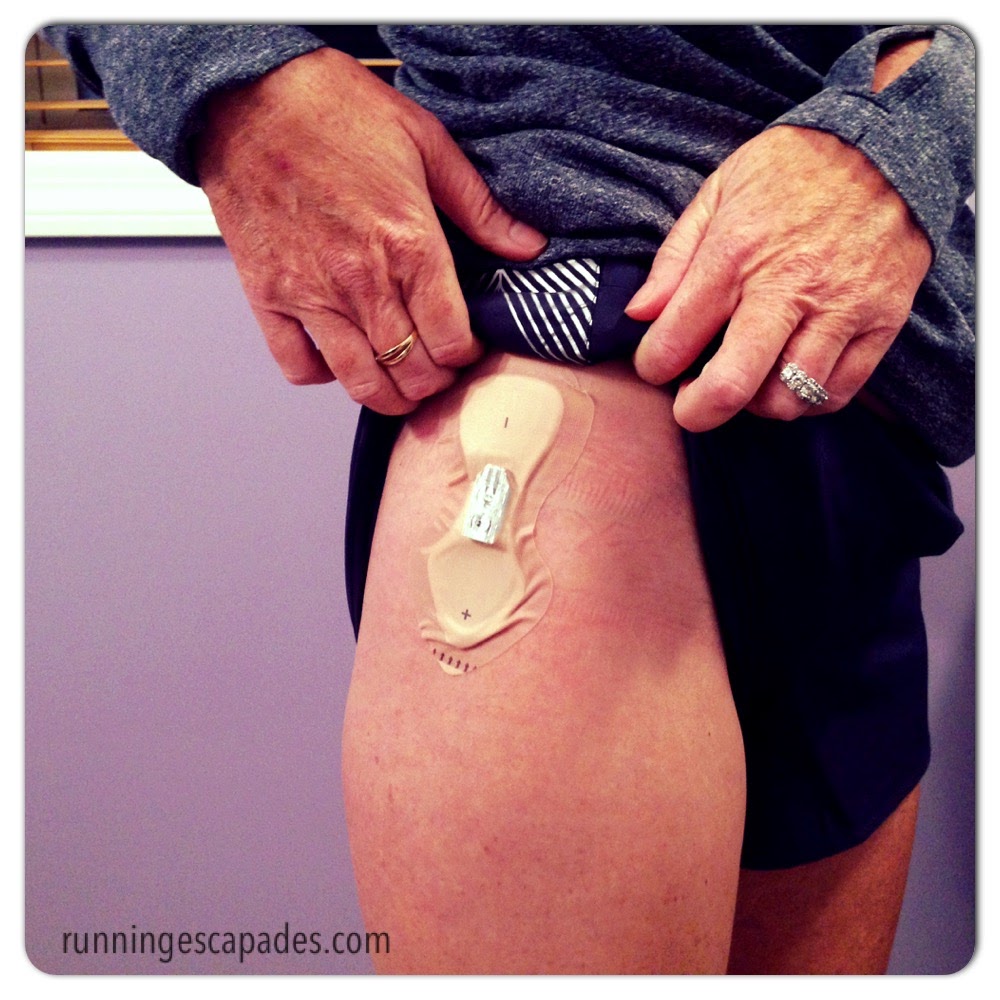 So even though it feels like my injuries are taking me on an anatomy class journey, I am determined to overcome yet another injury and get strong again.

Since I didn't run this weekend, tell me what you did!